Call of the Demon Head 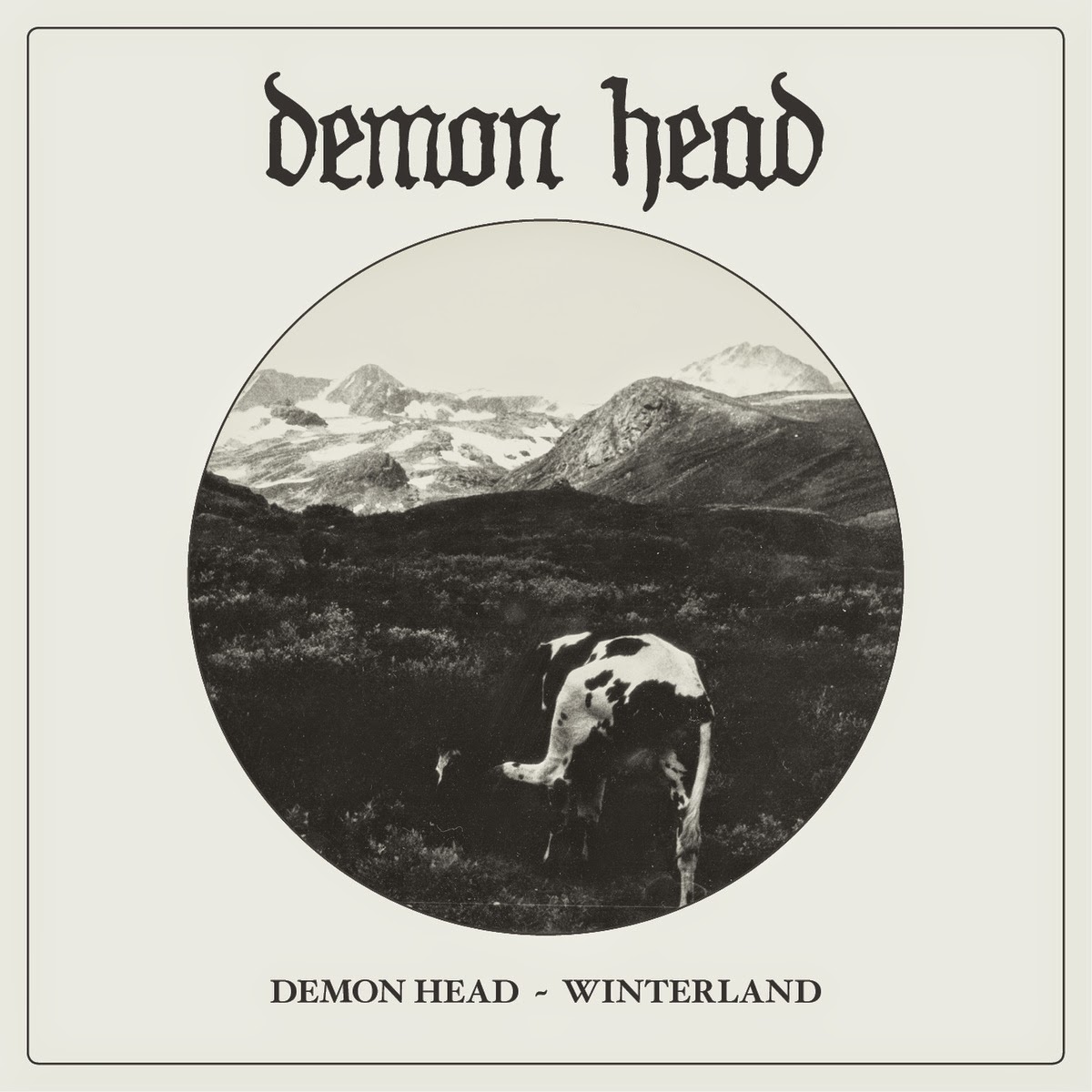 Relative new comers to the Doom Metal game, Denmark's own Demon Head are keeping it old school, playing their own version of early Doom Metal, paying homage to the greats that cleared the "path of doom" so long ago. Having already made a splash with their "Demo 2014", they're back with their first vinyl release, the 7" single "Winterland", available here through Levitation Records. The first track is a reworking of their song "Demon Head", opening like a funeral march, with a heavy riff and plodding drums, the vocals kick in and just furthers the nostalgic feeling, sounding a bit like Pentagram. The fuzzed out guitar solo that drops just after the one minute mark and seems to surface some towards the end of the track, blows the song into another dimension, the indescribably dark and foreboding kind of dimension, the likes of which H.P. Lovecraft could base a novel around, where madness reigns supreme. The second track is actually the title track, "Winterland" opens with a couple of slow and heavy notes, but soon turns into a grooving Doom Metal song, with a thumping bass line and slamming drum part holding everything together nicely. The guitar makes you want to tap your foot and nod your head, it's a great riff, the sort that gets stuck in your head for a couple days afterward and you don't mind a bit. The vocals keep that retro sound in them, raw and unadulterated for the most part, without a ton of production effects. Towards the end of the track you're greeted with gnarly guitar solos, and it's the perfect way to end such a beastly track. Check it out over on their bandcamp, and pay whatever you want for the download.
~Skip