No Bones About It... 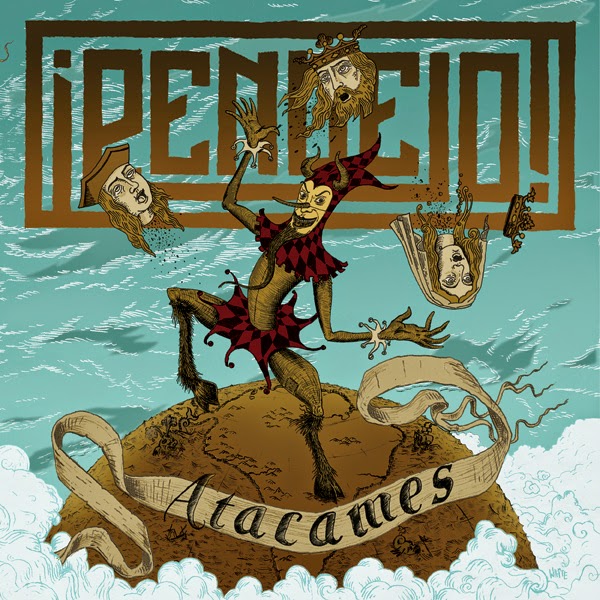 Though ¡PENDEJO! hails from Holland, they've managed to channel a significant amount of influence from the southern desert rock of the States, delivering it in a passionate Spanish outpouring over hard-chugging guitar and bass and some inspired drums. Something I wouldn't have minded hearing put to a little more use on the album was the occasional breaking-out of horns, as deployed to snazzy effect in “Amor Y Pereza”. Their brassy appearance is kept infrequent enough to surprise and deliver some real impact when needed, and while most of the album is in high-energy rock-out-with-your-balls-out mode, the group does switch things up and slows it down once or twice. “Amiyano” really stands out in this sense, but there's also a spectacular slow-grind bridge in “Camarón”, shortly before another sharp horn interlude, that really demands and rewards some close listening. Add on some near-sludgy (minus the misanthropy) slow-swing grooves in most of the other songs, and they shine right across the speed spectrum.
Ear-hooks of melody aside, these moments of relative calm work something like the popping bursts of horns in the way they provide a quick spritz of fresh air before the band throws itself back into the grit and beats, while also being fantastic grooves in their own right. There's also a great sense of flow from song to song, with the band neatly managing the momentum of things, enough to almost sound as though it was recorded in one long and amazing afternoon. As I hear it, the album pulls all its diverse sounds together for a great finish in the final track, which you can find below. Not one to miss if you're a fan of inventive and heavy stoner rock, Atacames is currently available in digital, CD, and vinyl copies (though I expect the LPs will soon disappear as word off mouth spreads about this band). Two thumbs up from RWTD.
~ Gabriel