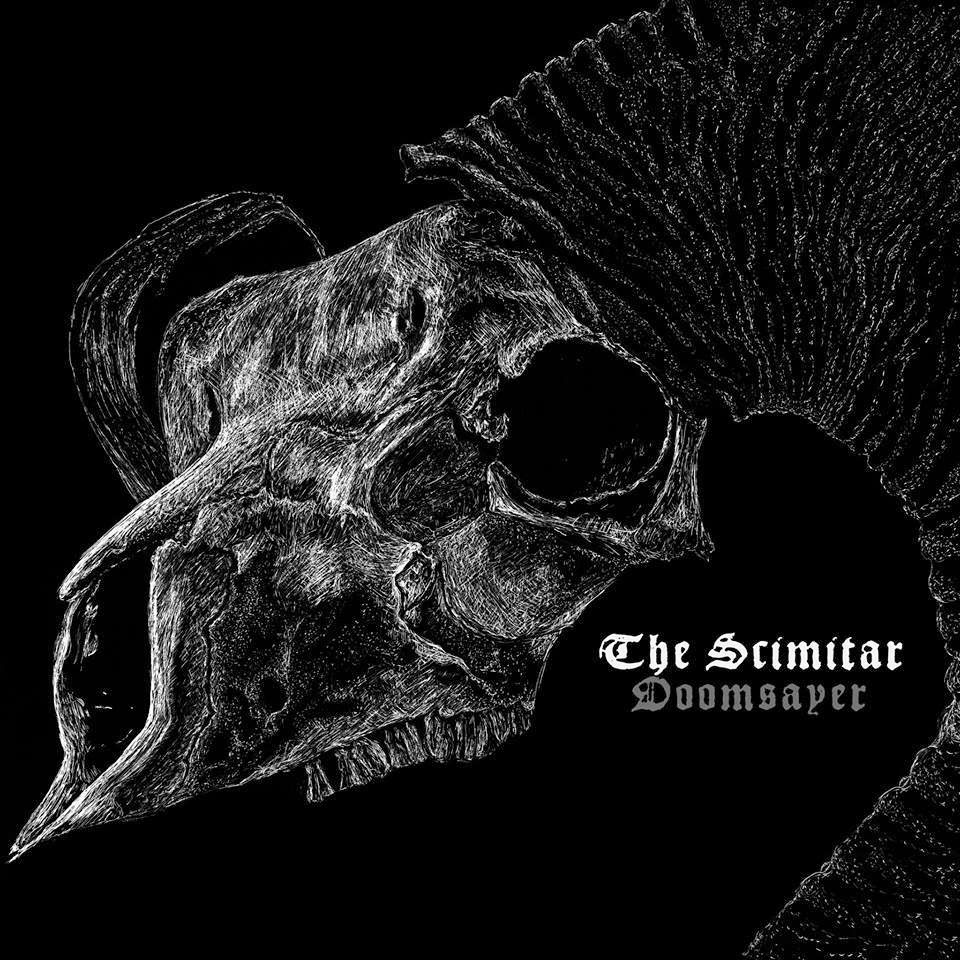 The Scimitar's Facebook page 'about' section simply states "Crush all". Now call me a cynic, but more often than not, statements such as this can be found adorning the pages of lame backyard metal bands, that on closer inspection almost always reveal a member un-ironically sporting an Avenged Sevenfold, or (arguably worse) Five Finger Death Punch shirt, and lets face it, thats kinda like sharting yourself on a date and still expecting to get laid. All credibility just goes out the window. But luckily enough, the Scimitar guy's collective back catalog of work would allow them to rock up dressed as Juggalos and still tear the roof off any given venue. That's because two of these chaps, namely Darryl and Dave just happened to be in (amongst other acts) Black Pyramid. Yup, so if it happened to have slipped your mind that the aforementioned had disbanded, as it did with me, and you were wondering what the hell had become of them... then this is it.
Based on the solid foundation that was formed throughout their years in Black Pyramid, Doomsayer almost picks up where Adversarial left off. Like a natural progression of sorts yet a missing piece in the anthology. It's main differences lie in it sheer relentlessness and aggression that have been cooked up this time around. Where before, Black Pyramid would often experiment and call upon almost folk like interludes and sometimes (bordering on) baffling tangents, Scimitar are way more focused and all in all, well, crushing. So, credit where credits due, they weren't lying. There is however something of the experimental aspect still creeping around in those doomy shadows, just little nuances and touches that were so prevalent before but now sparingly dosed solely to aid the build up and emphasise the big doom laden crescendos. It's undeniably excellent from start to finish, well planned out and even better executed. Providing the chaps can hold it together, I can totally see The Scimitar entirely eclipsing all their previous projects within a matter of time. It just has that certain something, a catchiness yet a subtle air of disjointedness that keeps it fresh and leaves you wanting more. While it is more dark, gloomy and quintessentially stoner than a depressed Satan hitting a bong in his basement, there does seem to be a little nod to the early days of metal's pioneers. Listen closely and you can almost hear Pentagram and Saint Vitus resonating through every chord.
So what better way than to kick off Friday 13th than with some brand spanking new doom eh? I'll tell ya... Vinyl! Yes, praise lucifer himself, this epic slab of crushing stoner doom is up for pre order as of today! So act bloody fast, because this will surely disappear! With just 100 pressed on white/black and 200 on clear/white, theres little time to snooze. Hit up the awesome Hydrophonic Records, part with a few bucks and bloody treat yourself! You'll only regret it if you dont!

For Fans Of; Black Pyramid, The Sword, Elder, High On Fire, Yob