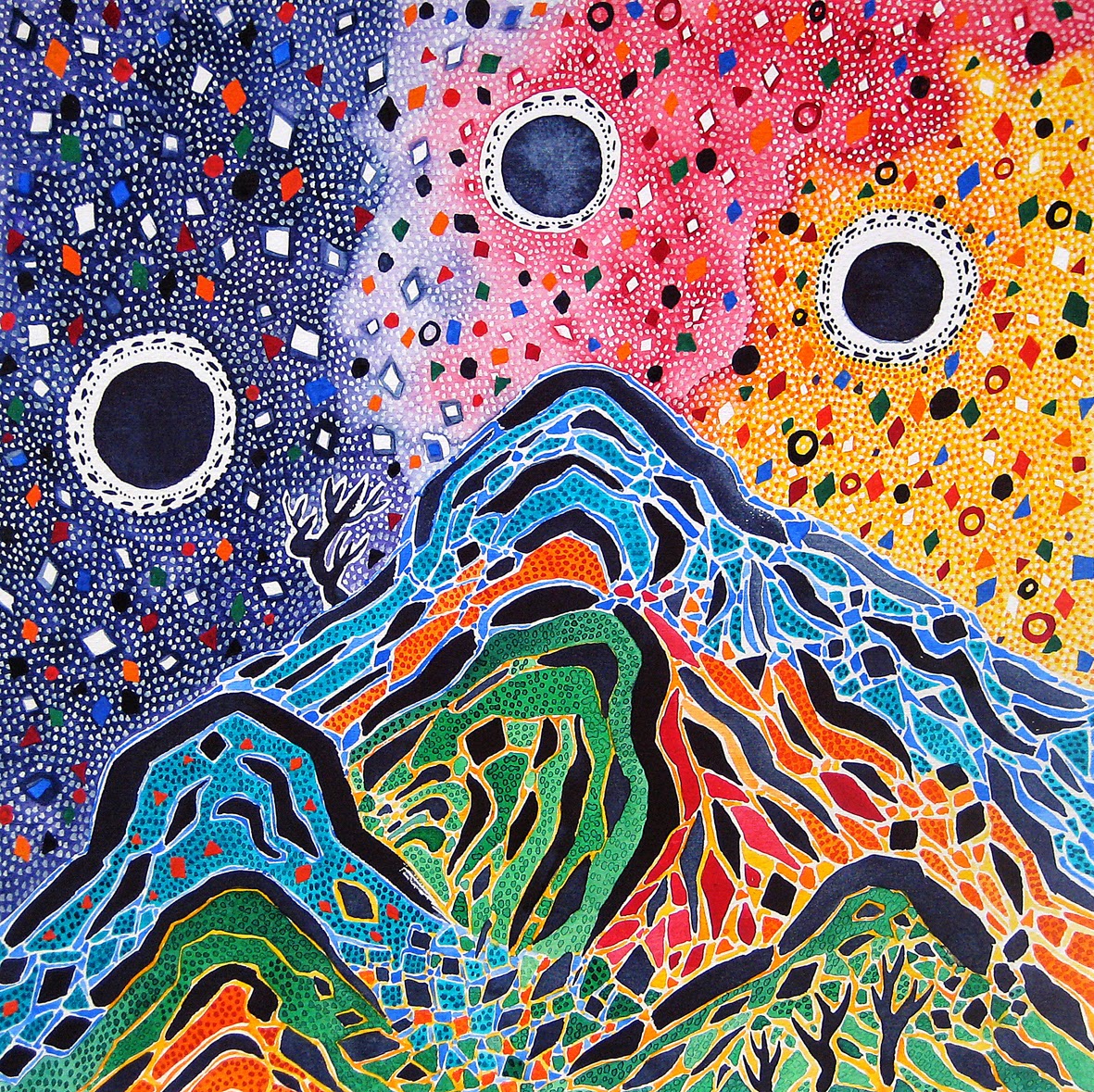 Three Days Dark is the solo project of Trent Halliday, who, in addition to performing everything on this self-titled debut album, also handled recording and production work, all of it taking place in his living room over the summer of 2013. As a result, there's a little lo-fi sound to the material, but it gives the music a nice sense of character, meshing nicely with the stone-groove guitar, drums with a little grit to their skins, and Mr. Halliday's vocals, with which he takes care to provide some point and counter-point to the instruments' rhythms and cadences with an almost immediately-familiar vocal style.
The psychedelic flavors are in effect from the moment the album begins, but things start off with enough room to twist around into some wild shapes along the way, though it never loses that sense of cool laid-back summer-time contentment; there's also a strong (though not over-played) sense of bluesiness to the music, with chords scratching along in their own time and occasionally slipping off into strains of nostalgia or wistfulness.  There's a lot here for your ears to chew on, with some excellent use of pedals to bring to guitar to the fore in a number of ways, warbling, phasing, or giving it some toothsome buzz, and then making a solid brain-reeling groove out of it.
You can pick the album up for 'name your own price,' but for those who prefer a physical copy of their musical acquisitions, you're in luck; Three Days Dark is also available on CD, though in limited quantities of its limited edition. You can find both versions of the music over at Three Days Dark's BandCamp page, so if you need some tasty mellow psychedelia to season your summer, swing on by and snag yourself a copy for high times.
~ Gabriel