Speakers For The Silent... 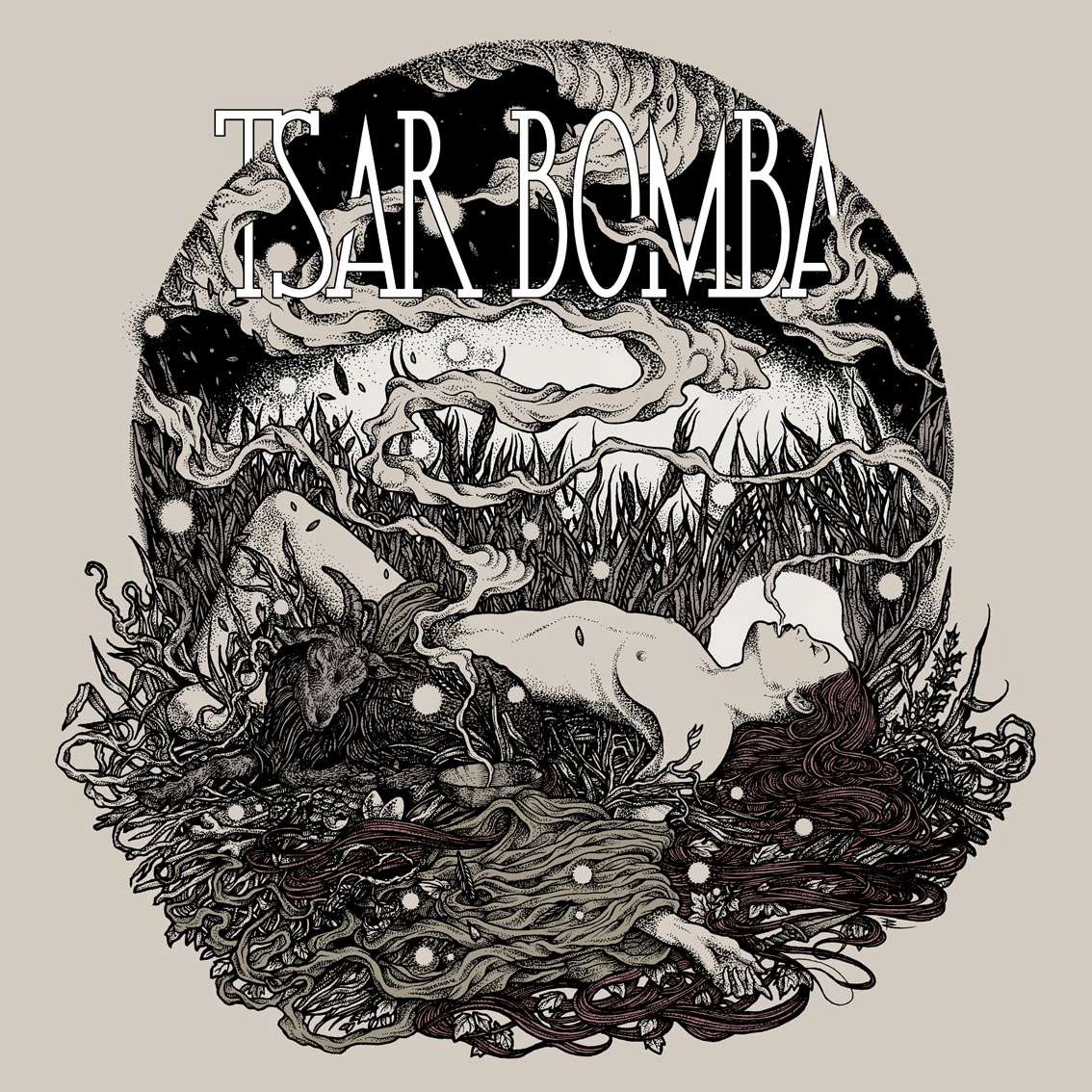 Tsar Bomba's debut is a well-grounded piece of work that does a great job blending a wide spread of influences into a sound of their own, with quite a few riffs and tunes that will linger in your head long after hearing. If I had to point to a single style as their root influence, I'd go with a sort of Pantera-flavored doom; the sludginess of the bass is nicely matched by the sharp (but still essentially fuzzy) buzz of the guitar, while the vocalist finds a nice spot between rough and clean vocals, keeping the words understandable without losing the metal edge, while they're always ready to let loose a slamming assault from the drums to shake things up.
The songs (right down to their titles) keep that swirl of influences going strong throughout the album, with hard rock, a little grunge, some desert rock, and some psychedelic looseness adding some savory nuances to the doom proceedings. The band does a great job of giving listeners an idea of just how wide they'll be able to spread their wings on follow-up albums, though they also manage to tie all the pieces together into a full-fledged album in its own right, not just a taste of things to come.
While I wouldn't have minded a few more high-speed breakouts, the band's knack with slow grooves brings Sabbath to mind quite a bit, and it's hard to say no to that sort of temptation. For their debut effort, Silent Queen is extremely promising, and I hope that these French lads go quite far in pursuing those mind-bending grooves, wherever they may lead.
~ Gabriel

For Fans Of; Ramesses, Stoneburner, Tombstones, Celophys, Alice In Chains