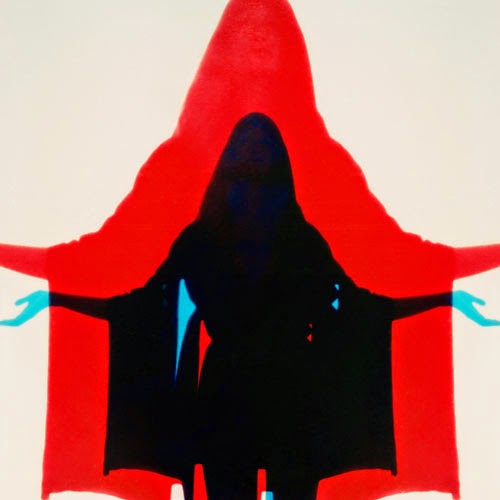 For those of you who haven't heard of them already, Electric Citizen is the classic sounding Heavy Psychedelic Rock quartet from Ohio(US). Playing in the vein of the 60's Psychedelic movement, at times they could just about pass as Jefferson Airplane Jr., which is far from a bad thing. After two well received EPs, "Sateen" is their debut full length on Riding Easy Records, and it has been just as well received. The whole album is nine tracks of gnarly guitar solos, spacey sounds, tight drum rhythms, groovy bass lines, and clean, airy vocals. When combined, they create a sound that isn't new, but is uniquely their own in many respects.

My pick for top track of the album would probably have to be "Savage" with it's fast and hard outset, it's a heavy jam from start to finish. The supremely melodic vocals take on more of a bluesy edge this time around, while the guitar is fuzzed out and grooving, and remember those gnarly guitar solos I mentioned? Well, it's present and accounted for in the second half, blowing the thing apart just after the midway point, the only downside is that it's one of the shorter tracks on the album, so it flies by. Another track that grabbed my attention early was "Shallow Water", the song starts off with the bass and drums ramping up before it all levels off and while the drums roll on, a flute sound drops in to create a melody that the vocalist builds on even further. Towards the end it all really turns into a jam session, with the guitar solo taking center stage once again, and ripping it.
There are numerous ways that you can get in on some of the Electric Citizen goodness, our personal favorite (if you're in the US at least) is ordering a copy through a buddies over at Riding Easy Records, but not forgetting you good Europeans, Hevisike is your go to place for a good ole' fashioned physical copy of the album. The other option is going to iTunes and picking yourself up a digital copy with a bonus track.
~Skip