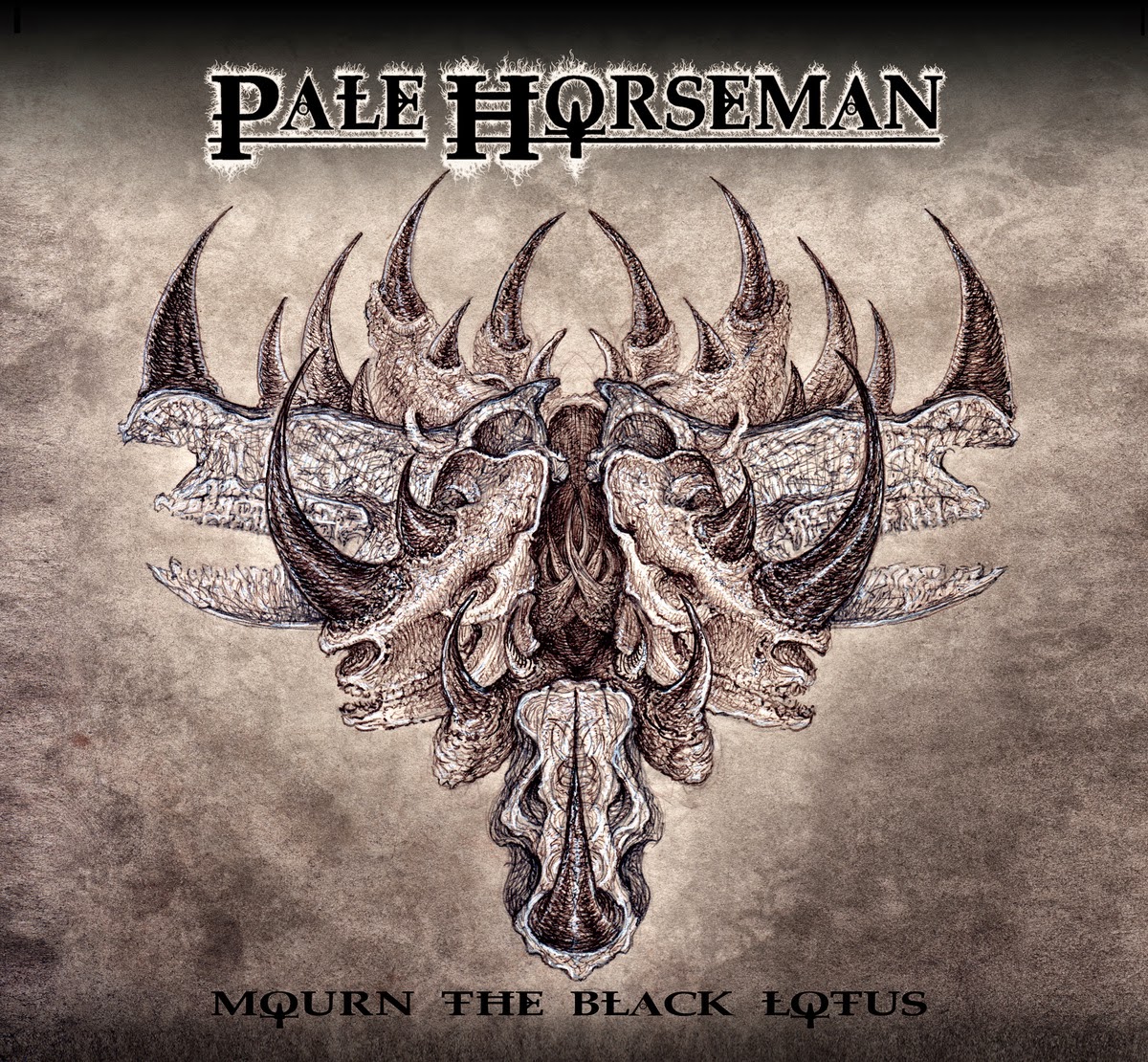 Mourn The Black Lotus opens quietly, in a way that winkingly lays the foundation for Pale Horseman's pressurized ear assaults yet to come. It's not a façade that lasts long, though, with “Evidence of a Severe Stoning” quickly switching into the doom-death mode they use for the bulk of the music included. Slow-crush riffs and drums from the deep provide a sense of subterranean styling, while the vocals are forceful enough to fit the lyrics of soulless creatures and acts of violence.
“Conquistador” and “Grudgulence” provide a better sense of how the band can just wash away into the waves of a doom groove, with a few of those riffs that just immediately sound familiar, and while the band's style of attack changes up considerably from track to track, they take some appreciable care in making sure that the songs link well from one to the next, giving the whole thing a nice management of momentum which can be a tricky matter when dealing with doom-drenched slow-and-low tempos of this caliber.
As specialists in death-doom, though, Pale Horseman also have some quick and thrashy guitar shreds up their sleeves, from which they can neatly slide into the slower stuff and right back out again without a bump.   They put it to some good effect, allowing the lyrics and their delivery some more convincing power with the violent stuff, but their ear for when it's appropriate is what really gets it rolling.   And that command of their speed is important, because the back half of the album is a hefty one that finds them shifting more into sludge territory, with over 34 minutes of the album packed into the last three songs.  These include a remix by Justin Broadrick (of Godflesh and Jesu) and the grueling forced march of “Clairvoyant”, which could be a collaboration with Cough for all the instrumental menace it wields.
Mourn The Black Lotus is a very strong debut, with plenty of promise for the band's songs to come, and enough buried detail to reward multiple listenings for interested ears.  I wouldn't be surprised if this release picks up some steam and ends up on a large chunk of end-of-year lists, so go ahead, get a jump on things, and educate yourself on this album.  They'll also be playing a show in Chicago on August 1st, so don't let that opportunity slip by you if you're in the area.
~ Gabriel