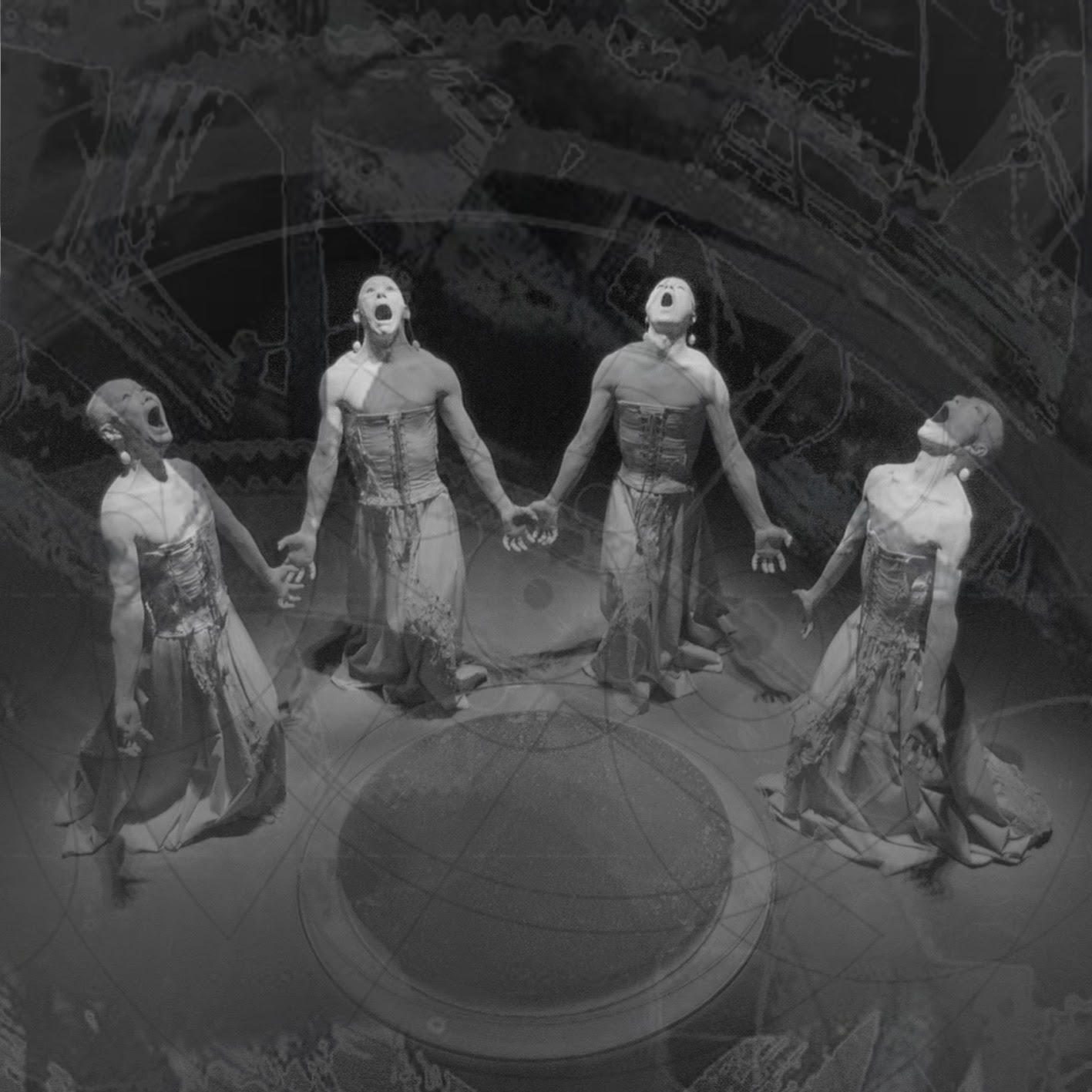 Though Asilo has already appeared on a handful of splits and compilation appearances, and their own solo single, Comunión is the Argentinian quartet's first full-length release.  While I haven't heard their earlier work yet (something I intend to solve soon), I'd have to say that their practice has paid off, as they juggle a staggering number of influences from track to track while maintaining more cohesion than might be expected from such a Frankensteinian creation.   The band themselves points to crust, doom, drone, hardcore, industrial, noise, and post-punk for inspiration, but they bring it all together in such a fluid way that it's usually hard to pin it down to any single one of these for more than a short stretch at a time.
They show off their flexibility from the start, with an ~8-minute opening track, “Geografias”, which begins with slow drone tones and loose picking, develops some sinister synth coatings, then bursts suddenly into a tarry thrash break-out with vocals that'll make your own cords sting in sympathy. Not that the song ends there, but that's just a slice of the first half, which doesn't even cover their subsequent shift into a pagan-sounding doom crush with hair-raising teases of melody against the rougher buzz.
Later tracks pull out nods to the sounds of... well, it'd be over-playing my hand to try and list all the things I was reminded of while listening, but what struck me the most was how much character of their own these four musicians have, not just as a band in whole (though they've got that in spades) but with respect to their individual contributions. Three of the members contribute vocals (with the drummer abstaining, totally committed on thrashing out his mad power), two of those three handle bass duties, and one of them is credited with “analogue devices”, which I have to assume covers not only the keyboards/synths, but also the triggering of some carefully-selected and sometimes-distorted audio samples.  While I'd be unable to put names to the voices, they each show up with such an explosion of personality that they soon became recognizable as 'oh, that one!' within a few seconds of a scream, growl, or wail beginning.
Whether you like tooth-rattling feedback, slow and juicy doom grooves, all-out thrash attacks, post-punk distortion, lo-fi out-in-the-woods metal, industrial grind, or psychedelic assaults, Comunión has something for you. Here's hoping Asilo get the recognition they deserve, and that there's enough labels among those recognizing them to get the band spread to a global scale.
~ Gabriel