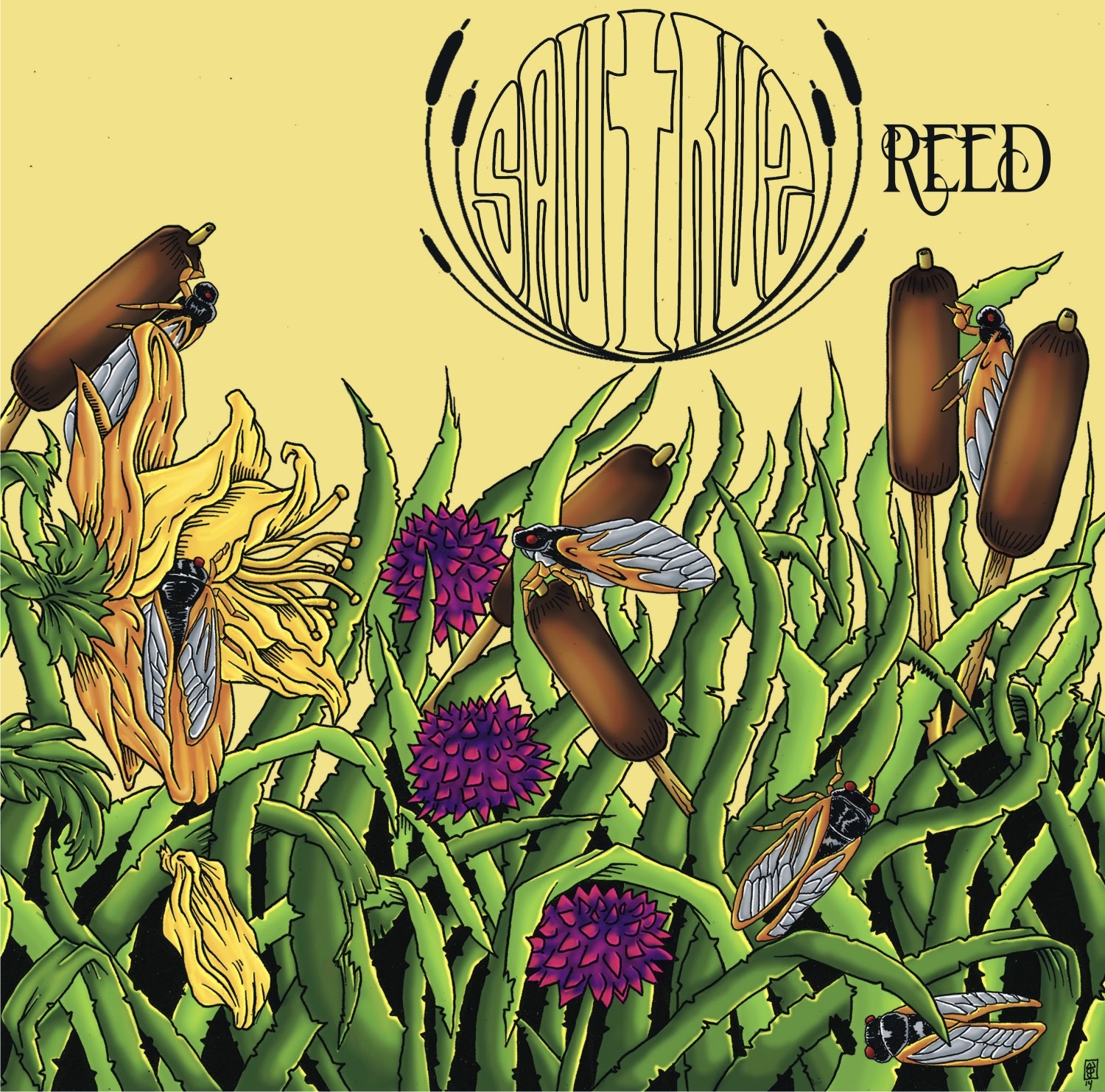 SautruS' first full album (following up 2012's Kuelmaggah Mysticism: The Prologue) continues both their fondness for subtitles and their hard 'n' fuzzy stoner rock stompage with flying colors; they even have Part 2 of a song they began on that introductory EP, which is a very good sign that they'll be taking their work on things to come quite seriously. Who knows how they'll connect this album to the next one?
Take distinctive drumming, guitar-work that manages both the noodly and heavy-slab side of things, vocals that sound as though they're being channeled from restless spirits, and bass with the power to make your walls hum, and you've got yourself the primary elements of Reed. About the only thing likely to make stoner rockers uneasy on the album is the presence of a track titled “Dumbledore”; just tell yourself something like 'It might mean something in Polish,' and it'll slip by easy, since it's just under a minute-and-a-half of instrumental atmospherics.
Right after that one, though, they launch into “Iomi Iomi”, and while that almost certainly actually does translate to a non-wizardy wording in the band's native tongue, it's also something to make staunch Sabbath-worshippers smile (something that's true of the whole album, come to think of it). They've got their own character, mixing influences from doom, desert, and straight-up stoner rock, with the groove riffs landing heavy and true when they're deployed. Just as often as they let those riffs growl, though, they've got some sufficiently-gritty moments of sweeter melody, and SautruS' balancing of the two lets them get to some tricky and complex places in their songs.
It's a strong album, with plenty of stuff that'll stick in your head for days after hearing it, and the right kind of energy to be played over and over again as you get familiar with its ins and outs. The group is planning a vinyl release in September (though as with every release, there's some wiggle room for unexpected pressing issues), so keep your ears tuned for further developments on that front. Of course, you could also go ahead and pick up a digital download over at their BandCamp, if you happen to be the impatient type. Either way, give these guys a listen, and expect big things from them.
~ Gabriel

For Fans Of; Jess And The Ancient Ones, Blood Ceremony, Funeral Horse, Wicked Lady, Saint Vitus