Welcome to the Smoking Section 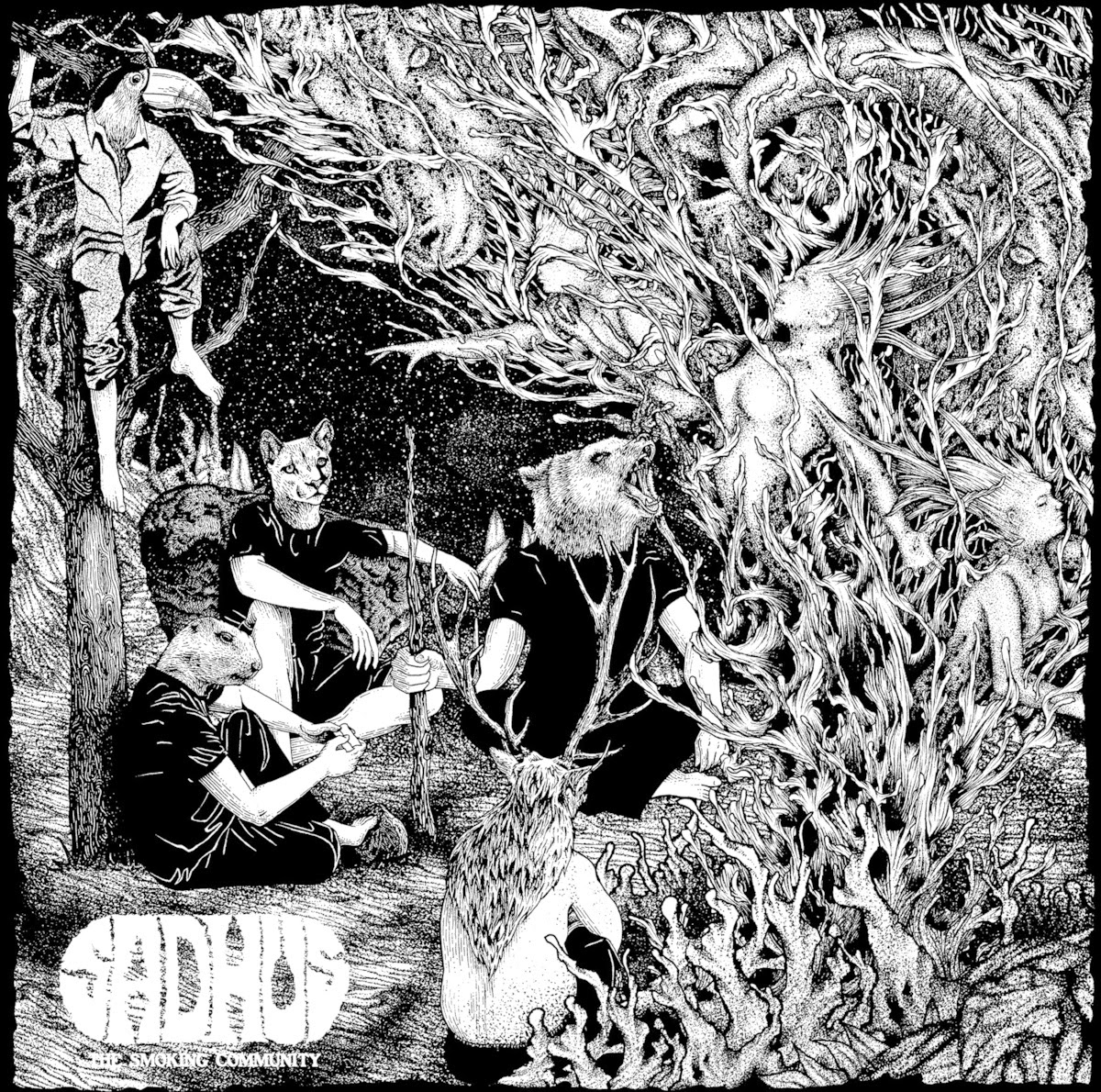 Are you a connoisseur of bleak, disgusting Sludge Metal much like myself? Then I just found something new for your ears to appreciate. Sadhus (The Smoking Community), a five piece band from the land of Greece, released their self-titled debut just today. It's a heaping slab of brutal Sludge Metal that just savagely beats you into submission from start to finish. The whole thing is thick with slow and chunky riffs, monolithic bass lines, crisp drumming, and a seemingly Black Metal influenced vocal performance, which works for them, just adds a bit more atmosphere to the music, lending even further to the dark aggression of their music.
The whole thing opens up with the massive "Burned By Hand" which showcases their main style of music, the sludgy erosion of the mind they seem so good at laying down. Starting up with a lethal dose of feedback, droning guitars, and bong hits the song builds up to its crushing crescendo where the snarling vocals drop in and the drums pick up to a crawl. The rest of the track alternates between chaotic riffing and heavy, mellow interludes. The standout track for me however was the almost nine minute opus, "The Smoking Community", opening up with a long, spacey jam the heaviness begins when the riff and vocals drop in at the 2 minute mark. That's when you get hit with the ten ton riff that starts bashing your brains in. Taking on a Stoner Doom Metal sound, the track drags along in appropriate fashion, the same way you watch a large cloud of smoke slowly drift and tumble to the other side of the room.
While the album has been up for a while, for streaming, it's going up for download and consumption today over on their bandcamp. If you're a fan of low and slow music, don't hesitate jumping on this one, it's a killer slab of Sludge.
~Skip

For Fans Of; Bongzilla, EyeHateGod, In the Company of Serpents