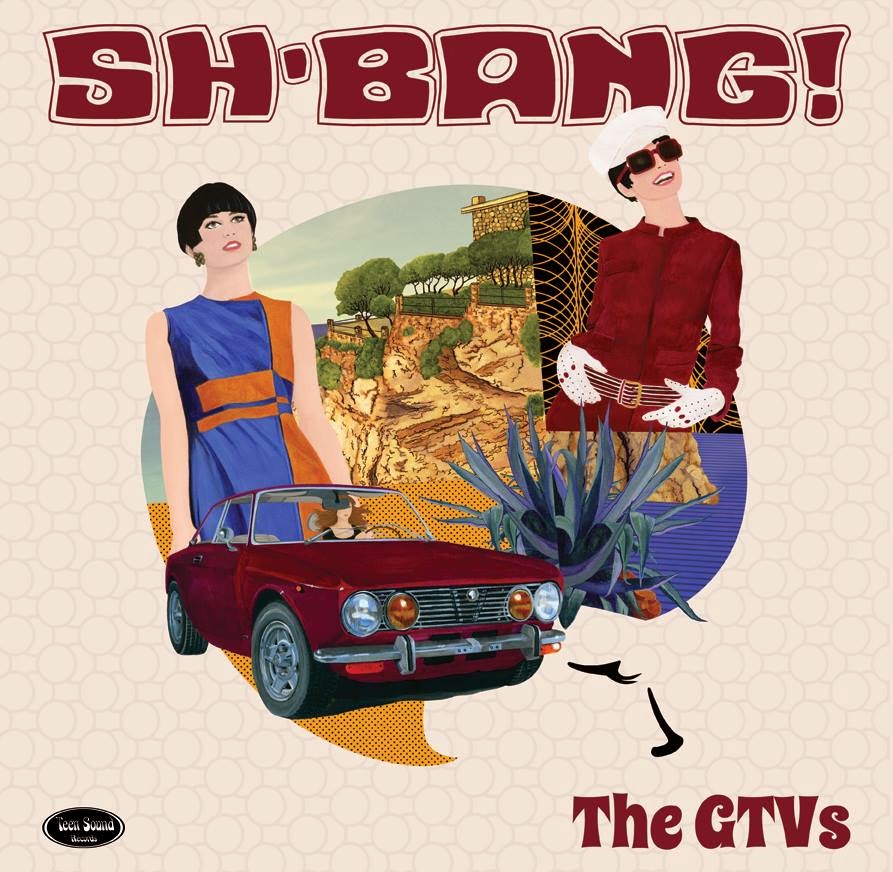 The GTVs describe themselves as heavily influenced by '60s garage rock and soul music, which was enough to make ears start wiggling in interest at RWTD, even if the second part doesn't get too much coverage here. That interest was well-rewarded once I had a chance to sit down with the album, which really does do justice to their stated love for that era; aside from the essential electric piano, which adds some serious dazzle to the affair, the personable vocals, hip-shaking riffs, and unabashed attitude all blaze with a liveliness channeled from the likes of the MC5, Mitch Ryder, and Dick Dale, but with a slight layer of ear-pleasing grime on top of it all, as though the recordings have been rescued from the back stacks of some negligent record label.
Apart from the usual garage rock sound of that day, they also throw more than a few bones to surf rock, blues rock, and psychedelia, all of it gelled together smoother than Brylcreem. The GTVs have decided to make this a vinyl-only release (fitting, yeah?) so if you want some sweet and crispy tones for this summer, make a bee-line to order yourself a copy from Teen Sound Records; copies are extremely limited, so don't hold off on this one.  Their record release show is tonight, so if you happen to be in Pennsylvania, don't miss out!
~ Gabriel

For Fans Of; MC5, The Tornadoes, Big Brother and the Holding Company, The Fraternity of Man, Rotary Connection