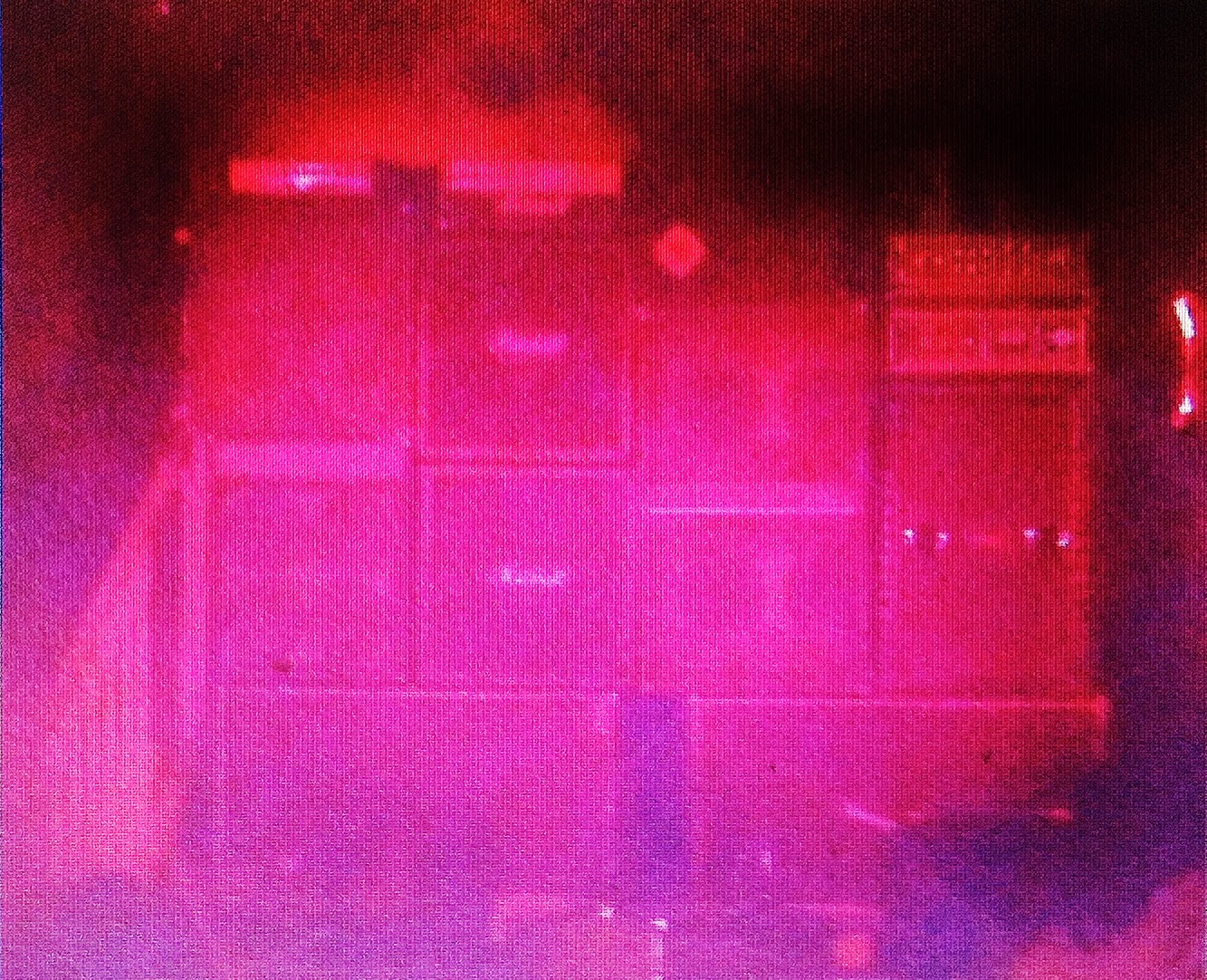 It's hard to resist an album that makes a Sun Ra reference right there in the title, but luckily, the latest album from Jetdog (or JETDOG, since they're fond of the caps lock key) is fun enough to earn its name drop, even if this cosmic canine doesn't necessarily hail from Saturn. One of the first things you'll notice once you plug this stuff into your ears is how massively fuzzy it is; going with the name, it works as either a dog-fur-lined wall of amps, or the rumbling radiation of a cruiser burning through the cosmos. Either way, it growls and rattles your woofers without mercy, forming a nice foundation for the subdued vocals to intone their message of star-bound psychedelia.
While I would have liked a bit more meat on the bones (as the album clocks in at just a half-hour), what's offered in these tracks is done exceptionally well, absolutely nailing the cosmic hum for which Jetdog seems to be aiming. There's something of the shoegaze to the walls of fuzzy feedback, but with enough propulsion behind it to keep it from falling into the navel-gazing absence of ambition which can sometimes eat up the best efforts of those sorts of bands. Instead, by keeping the tracks relatively short and sweet, Jetdog get their point across in concentrated riff saturations. And while there is more than a little similarity from track to track (once they get that cosmic hum going, it's hard to stop), the bass-heavy emphasis means it's nothing which fans of doom and other heavy music should be waving aside.
Though the lyrics are nearly overpowered by the resonance of the instrumental side of things, they do manage to get across some sly humor between the lyrics and the song-titles. For one thing, they've got a song named for the classic piece of sleazoid cinema, “Femalien”, which makes for a pairing Sun Ra likely never imagined. And who knows how many other references are buried in the buzz? You'll have to give it your own listen to make heads or tails of it, so for fuzzy astro-sludge, make yours JETDOG.
~ Gabriel

For Fans Of; Skullflower, Godflesh, A Place To Bury Strangers, Fleshpress, Sunn O)))