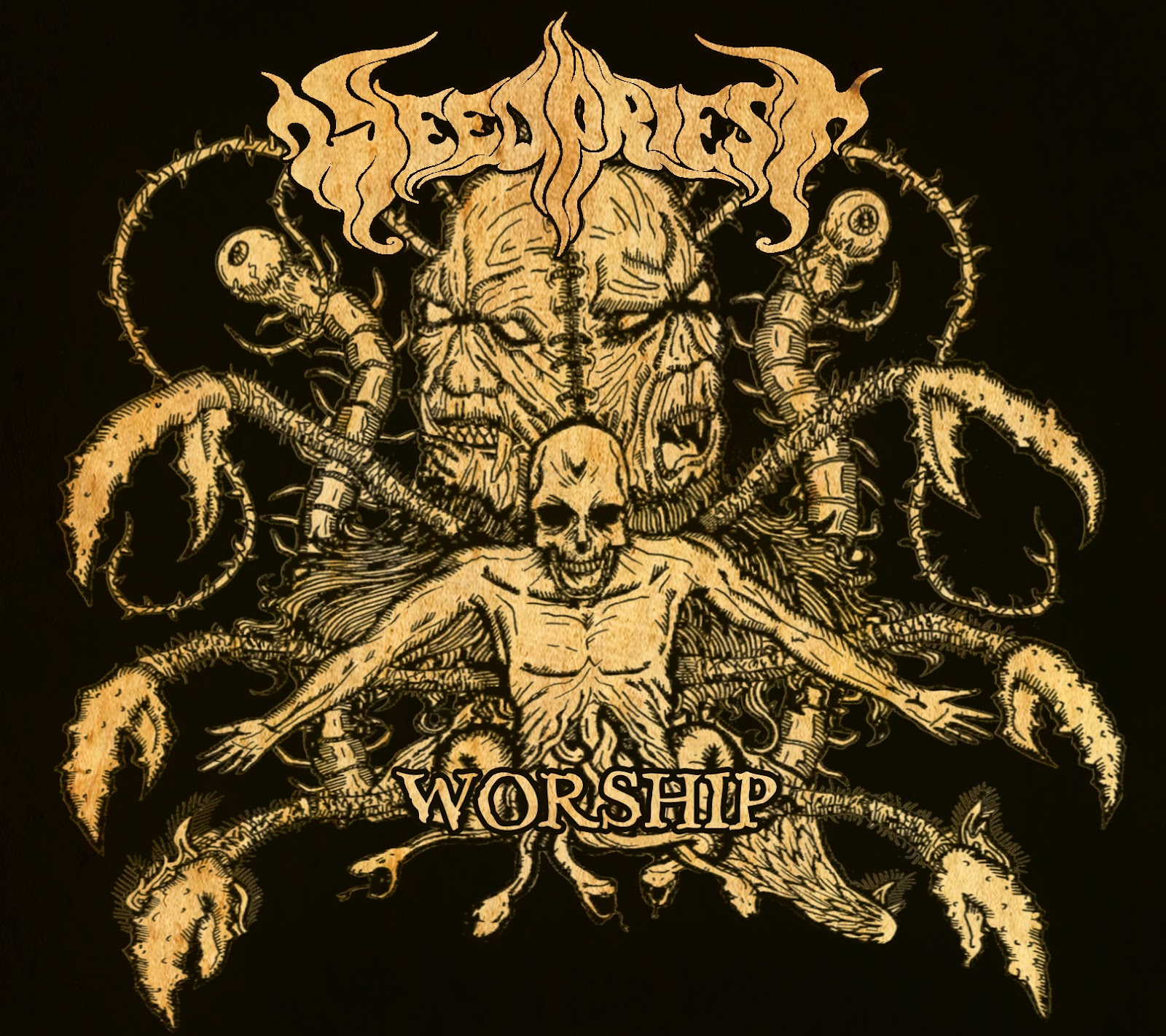 Worship is the latest release from Ireland's fine young Weed Priest, and on this EP, you'll find three tracks of delectable stoner doom.  In the beginning, there is “Ritual”, in which you can practically hear the smoke in the studio as the band grooves along on a mean but tasty riff.  Though the three musicians do a great job of establishing the song, once they've done that, they start tearing it down, going slower, heavier, and grimier, and it was this part that really tickled my eardrums.  Strong enough to be a single (if doom metal went in for that sort of thing), “Ritual” does double duty in setting the EP's tone, and kicking ass in its own right.
Happily, the rest of the EP is just as strong, with the band shifting smoothly from the trailing feedback drone at the tail of “Ritual” right into the dirge-like “Killvlad”, which opens with a clang like a crypt door as the bass and guitar rise into animation.  “Killvlad” also serves as a demonstration of how wild Adam (the guitarist/vocalist) can go with his morbid roaring, and the slow-swinging riff is amazingly violent for something so heavy.
“Possessed” is the final track on the EP, as well as being the longest.  The band earns that extra time fully, though, with audio samples, keening feedback howls, a whole sack full of savagely heavy riffs, and an echoing atmosphere that might set off some claustrophobia in sensitive listeners who have it turned up loudly enough.  Though the band certainly has their own style in spades, I have to say that I caught myself thinking of this track almost like a condensed Dopesmoker; it crams in the doom, madness, and red-eyed relentlessness like there's no tomorrow, and just begs to be on vinyl so that doom-heads can wear the grooves down to the nub.
It's a great collection of material, and a great piece for introduction to the band (as it was for me, though I'll have to pick up their self-titled debut ASAP); if you like your doom heavy enough to get your head swimming, this is one to acquire.  Also, a word of recognition here for the drummer, who departed after this release, but without whose steadiness and precision the whole thing would have been capsized.  Praise be to Weed Priest!
~ Gabriel