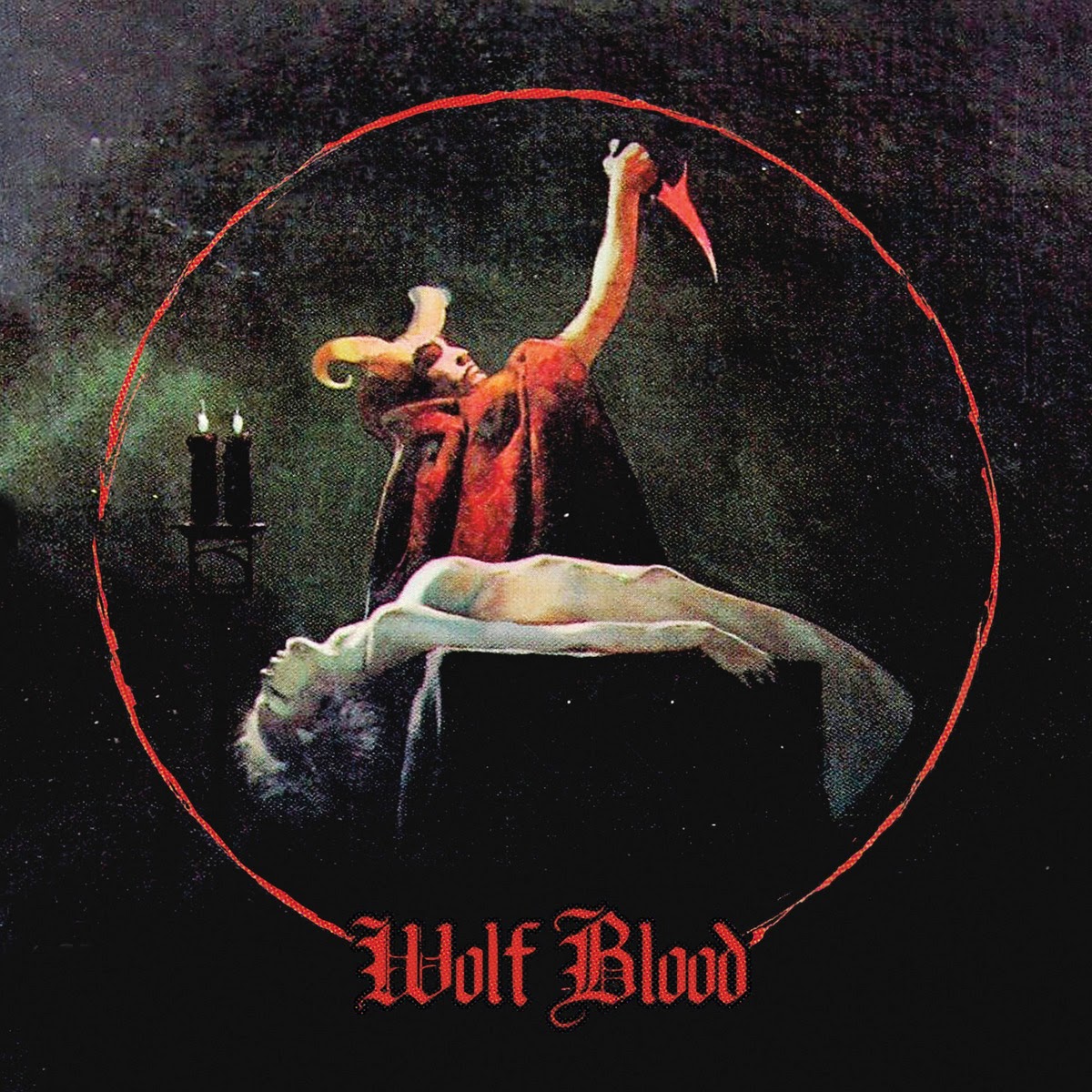 If you've heard about Wolf Blood by now, then you probably know how they've essentially come out of nowhere (or Minnesota) to take things by storm.  Their first 100-copy run of their debut album, on affordable cassette, sold out within the first week it was available, and the second pressing is well on its way along the same path.  Burning World Records have signed them up, and a more widely available run on vinyl and CD has just emerged for pre-order, with official release on October 1st.  Where's the legend-in-the-making bingo card set?  I think they just won.
Now that you've jumped on over to order your own copy, here's what you'll be hearing once you have it.  The most immediate thing is their energy, which manifests as heavy thrash passages, wild guitar-work, ear-pummeling drums, and a wide streak of mania.  They've also got a handle on the more slow-drifting stuff, both melodic and crushing, and freely blend the two tempos whenever the mood strikes them.  The songs are unpredictable and massive, so that they can trample you even after a few dozen plays of the album, and the vocalist knows when to step back and let the instruments take over.
By the end of the album, you won't know what's coming next, which is just where Wolf Blood wants you for the monstrous 12-minute closer of "Procession Of The Witch", so that they can pull listeners through enough twisting, dizzying territory to make them eventually just surrender and give in to the song without reservation.  The long and the short of it is, if you have a taste for experimental doom, sometimes fast and heavy with a splash of thrash or death metal, Wolf Blood is not to be missed.  Act fast, or you'll be left in the dust, and if you have a chance to see them live as they tour over the next two months, do not miss out.
~ Gabriel