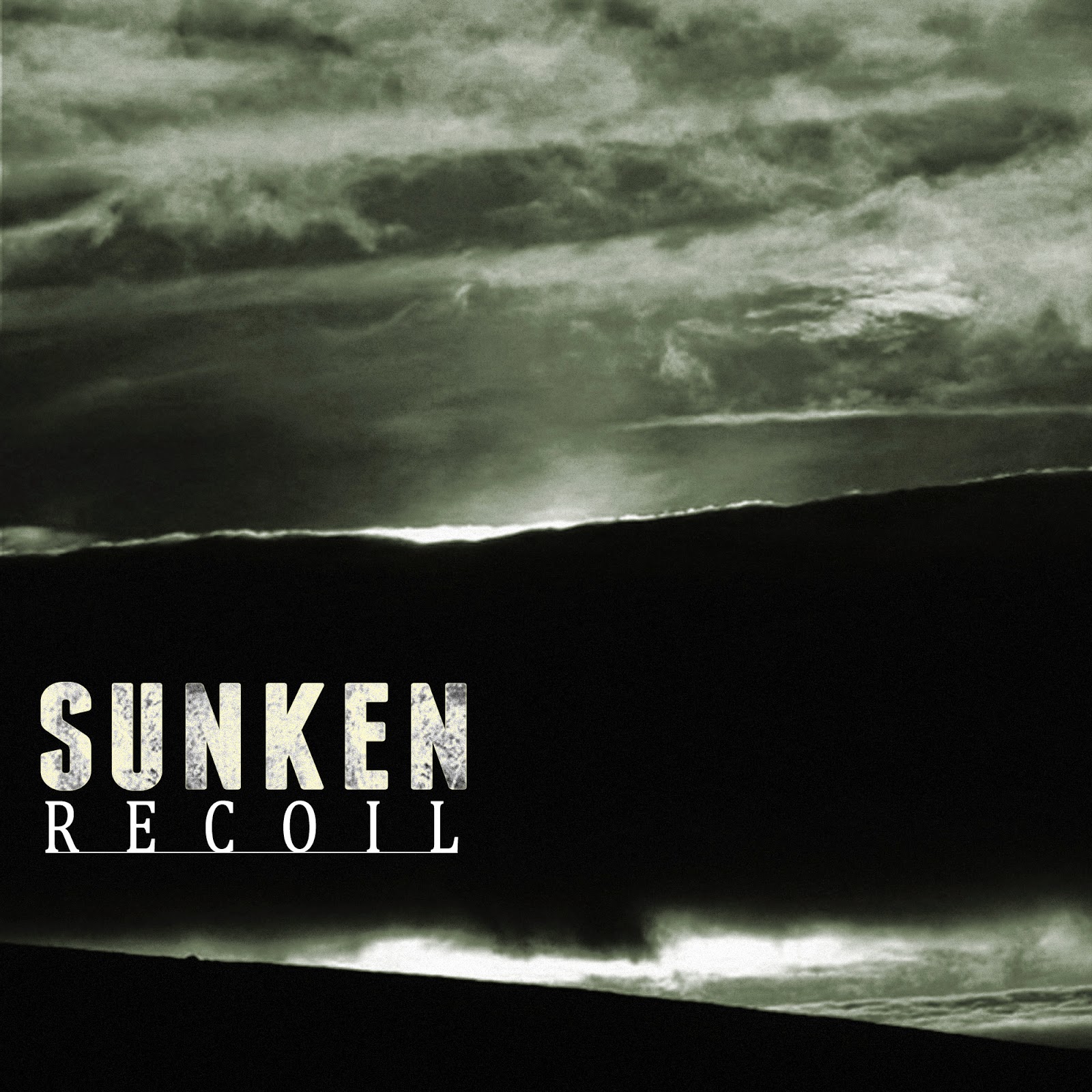 Recoil is the first full album from the Belgian duo of Sunken, which employs just a bass and a drum set, but assembles some very strong and inventive material from their intentionally-limited tool-set; they even omit vocals, just so they can give their full focus to the noises they coax from their instruments.  And what noises!   Slow and unnervingly creepy, hard and fast and brutal, glistening with sludgy snarls of bass riffs, and sharp with raw aggression... it's all of these and more, in an hour's worth of ever-changing tunes.  Some hair-raisingly good use of feedback on the bass, plus a well-balanced level of cleanliness in the production, makes this one to turn up the volume on until you can just barely endure the sonic punishment, or until the bass rattles your speakers apart.
I can't really imagine what the practice and song-writing sessions could have been like for this, but they really paid out in spades.  The inventiveness Sunken shows is made even more admirable by their decision to go with only two instruments, as it really drives and challenges them to turn their hats inside-out with all the tricks they pull on this album.  The sheer fervor they inject into those instruments has the duo sounding bigger and meaner than bands three times their size, and the way in which they dole it out, making sure the listener will have gotten comfortable with the crunchy melodies before getting blasted by an assault without warning, deserves much respect and recognition.
Recoil is currently only available digitally, from the net-label GodHatesGodRecords, but if we're all very, very lucky, some wise label will get this pair signed for a physical release.  Until then, this will be regularly spinning on my hard drive and slowly burning away my speakers.
~ Gabriel