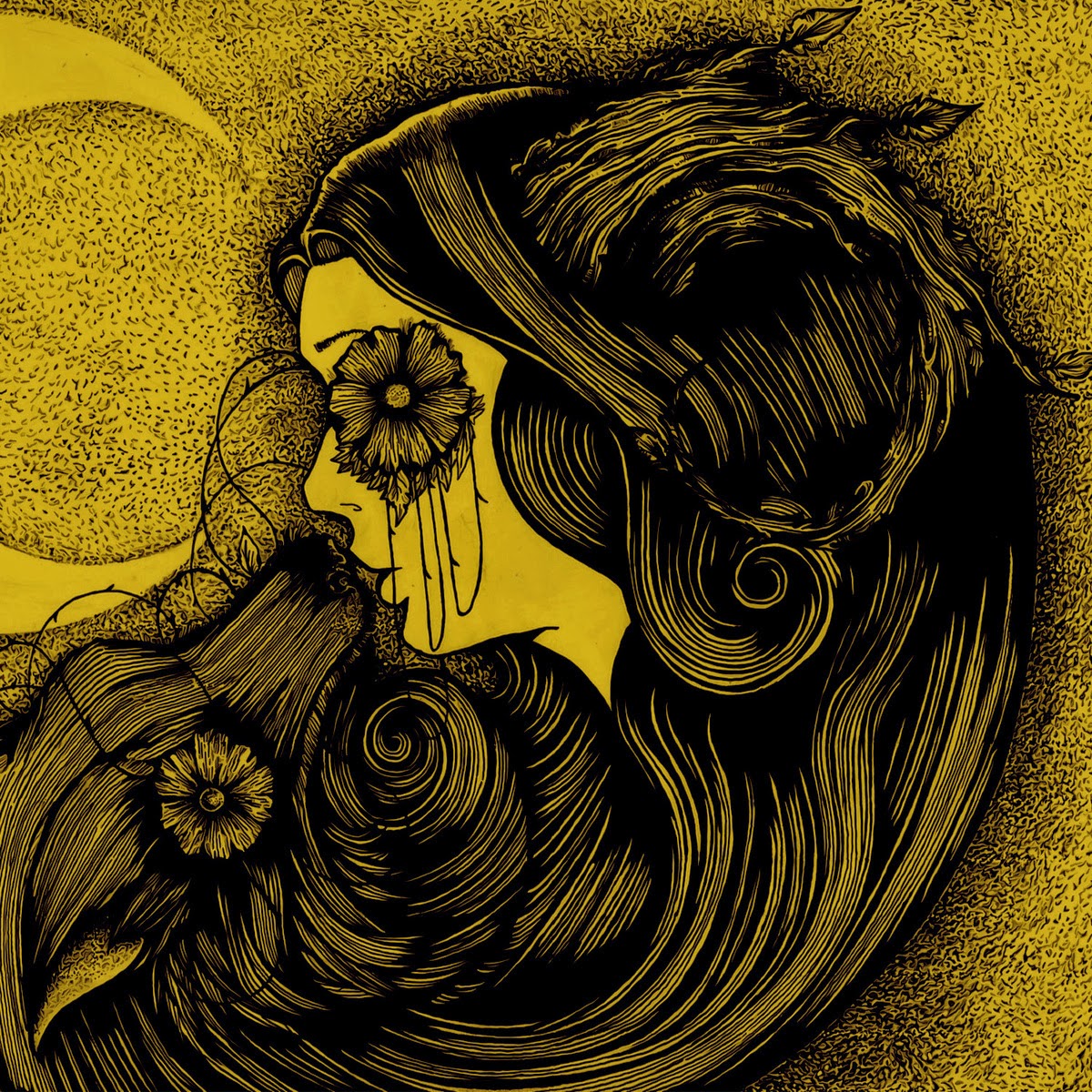 From the wilds of Georgia emerges this two-track EP debut from Dead Hand, whom we featured last week on a split with Repellers.  The band's page states that a full-length is on the way, and that these two songs are half of the material intended for inclusion on that imminent arrival.  The first of these, “Ground To Ash”, begins with a quote from Stephen Hawking about the illegitimacy of authority systems, which leads quite naturally into some grinding, sludgy doom metal.  There's some funeral doom to it, some post-core (mainly in the intense but sometimes low-mixed drumming), but it's generally all swirled together without regard for those conventions, in keeping with the opening sample.
The second track, “The Last King” begins in a more subdued manner, with a steady drum-beat laying down a path for the gently-picked guitar melody, while bass hums in the background.  Moving past point after point where they might be expected to jump out into a big, loud burst, the band gradually develops the energy until they can sweep smoothly into a more violent mode.  With a sharp guitar tone that floats along on reverb, the second half of the song packs in signature changes, heavy riffs, and escalating tension, before finally releasing into the same quietness with which it began.
It's a promising start for this group, and with their split on Divine Mother Recordings already selling fast, it doesn't seem too farfetched to imagine the same will happen for the full-length, once it arrives.  Keep your ears open for more to come!
~ Gabriel