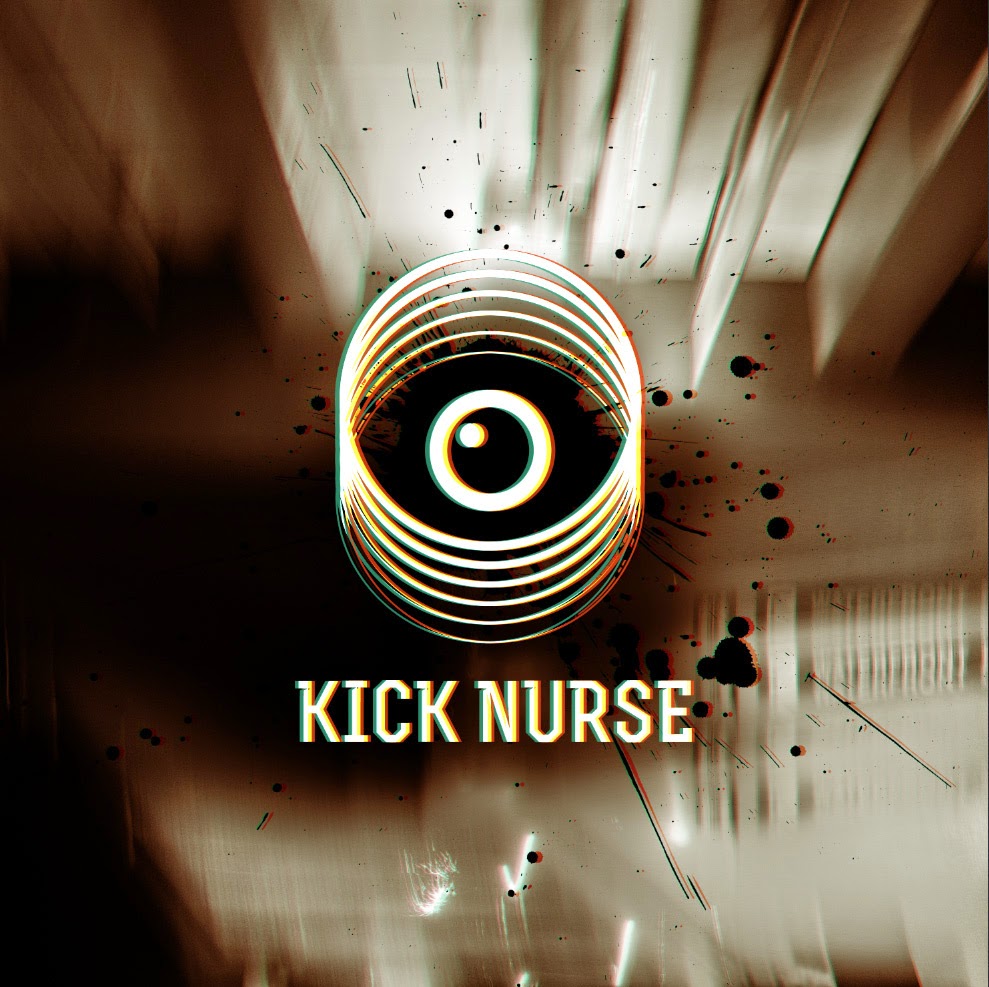 On Kick Nurse's debut EP, they introduce themselves with a selection of three tracks, packed to the gills with energy and experimentation that just can't settle down.  Opening with “Gusto The Great”, the group engages in some blending of math rock with punk unruliness; while they've got the sneering attitude of no-wave down pat, the music's so technically accomplished that it just can't be lodged into that category.  Even as they balance shouted vocals against sizzling squeals of feedback, they keep their time signatures bouncing about, refusing to get bogged down in simplicity.  “Fist Bucket” follows, aiming for a sludgier sound, but keeping the unpredictable chord-chopping alive for more fun, and “Swish Amish Knife” rounds out the EP with a stretch almost as long as the other two tracks put together.  It's in this last one that they pull out any stops still plugged in, and show off more of their melodic side (though the manic vocals stay intact).
The EP's release date will be September 6th (they'll also be playing a show in Brighton, UK, that night, if you can make it), though you can go ahead and pre-order it from Kick Nurse's BandCamp page in either download or USB drive format.  If you've got a taste for music that actively fights against being pinned down to a single style or description, this crew's got some stuff to help you with your fix.  Here's to Kick Nurse never letting themselves get too comfortable!
~ Gabriel