Flight of the Moth 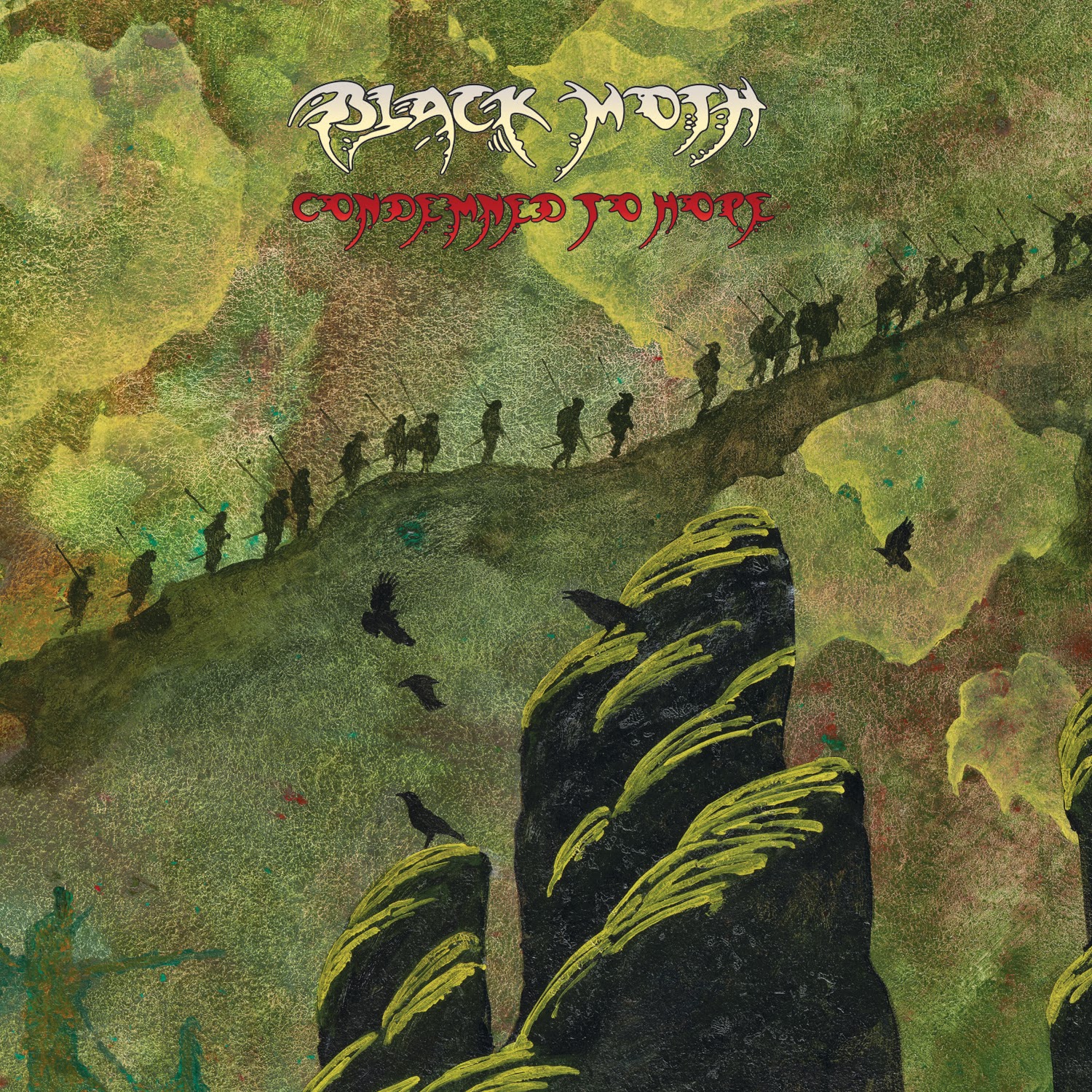 After a highly successful album in 2012's "The Killing Jar", the five piece out of the UK Black Moth are releasing their latest opus "Condemned to Hope" today on New Heavy Sounds Records, and it's a doomy, raucous, Heavy Rock album that just begs to be put on repeat. From the opening moments with the track "Tumbleweave", you're immediately enveloped with groove laden arms that are wrapped in vocal velvet. With a super fat bass tone, thunderous drumming, and a stunning double guitar attack the band has unlimited potential to play with, kicking out songs that are as catchy sounding as they are heavy. Then you get to the vocal performance which is edgy, bewitching, and silky all at once, like a siren of myth. Then over the course of the next ten tracks they deconstruct, reconstruct, and build on top of everything in their arsenal, with nothing sounding alike or feeling stale and played out. From fast and loud tracks that scream forward on the backs of slamming riffs like "White Lies", to darker and more melodic, doomier tracks that go down ridiculously smooth like good bourbon, such as "Red Ink". If you can picture Jefferson Airplane's Grace Slick being dropped into Black Sabbath to replace Ozzy, you're pretty close to nailing down the sound of Black Moth in all of its awesomeness. You can pick up a digital copy over on iTunes, or get all of your hard copy fixes, including some limited colored vinyl over at their label's shop.
~Skip