Tale of the Iron Giant 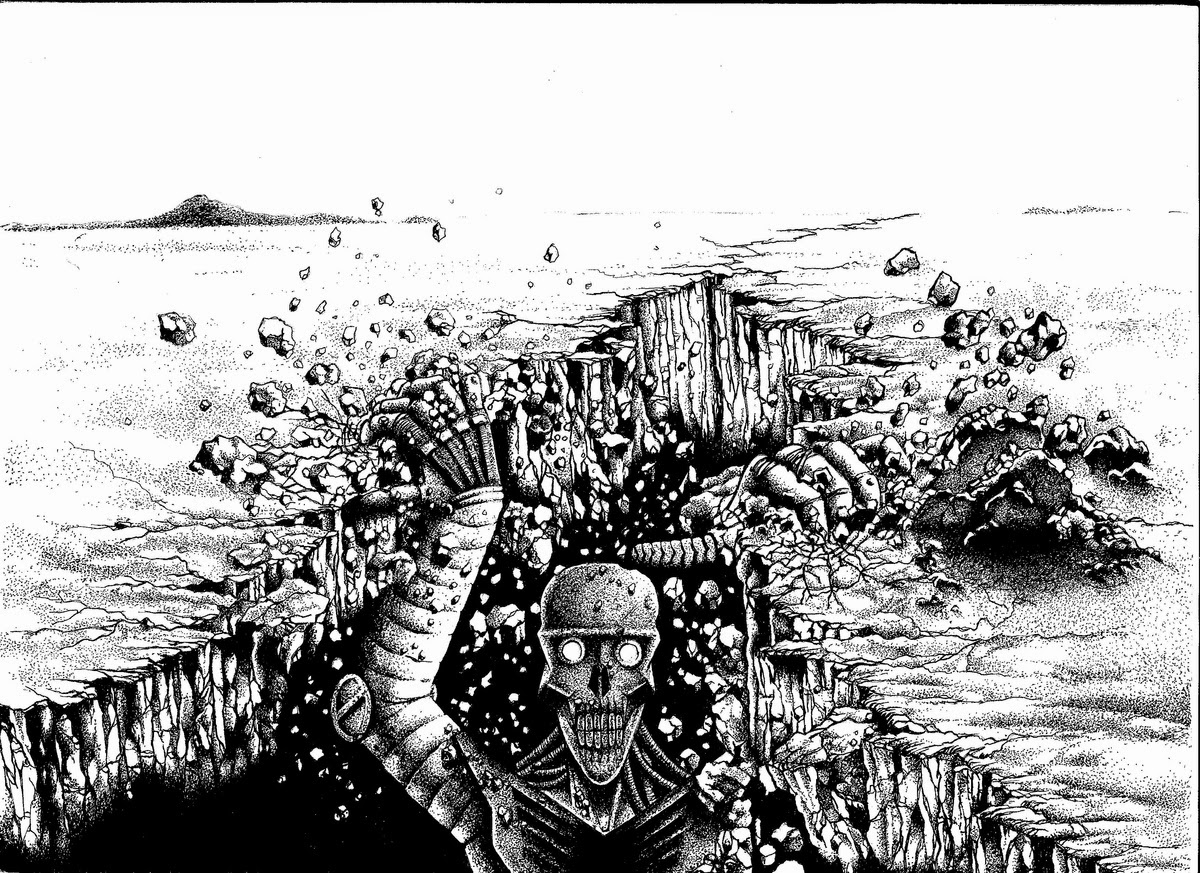 Canyon wanted to let us know about their latest single "Iron Giant", and hopefully it's little taste of a new album from the Brazilian group. Opening up with a 70's Heavy Rock riff that's straight from the textbooks of retro sound, it feels very familiar yet still fresh and new, even working in flute sounds and a couple of psychedelic goodies at times. Switching from high energy rocking passages to slower, almost doom-ier passages, it's equatable to three guys taking all of the best things and somehow squeezing all of it into about four minutes and thirty seconds of song. The vocals start to make an reverb saturated appearance before the minute mark, but are only heard from in bouts throughout the track, which leaves plenty of room for some swinging Rock and Roll jamming, and they don't disappoint. The guitar tone is always polished and clear, and always ready to blow faces off, along with tight, precise drumming and a thumping, round bass tone.  Touching on everything from Heavy Rock to some Prog and Psychedelic Rock moments, if you're a fan of that retro sound that's so popular nowadays, then this should push all of the right buttons for you. You can check out our review of their longer self titled debut from earlier in the year here, and get all of your listening fixes over on their bandcamp.