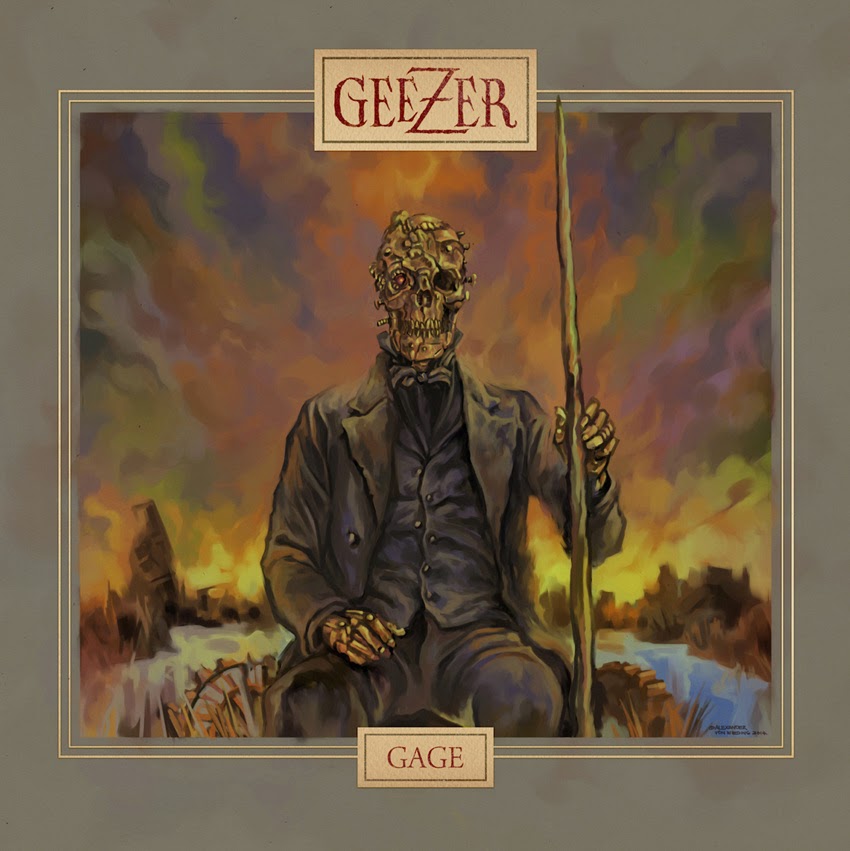 I know that whenever I receive an email from STB Records and Steve's pretty hyped about something, I should start getting excited too. It's pretty standard practice these days to be honest. He's not put a foot wrong with his releases so far so I don't have much reason to doubt the man, and lo and behold this merry band of bearded Yanks are no exception.
Straight out the gates there's a couple of things that surprise me about this trio. Firstly that the term 'Geezer' has any kind of connotation over that side of the pond, who knew?!  And second, that these guys ain't from the deep south. If you're streaming this as you read you may very well not believe me, but its true. Not even close to Dixie as it turns out. For those of you who have yet to give this album a spin, trust me when I say what I'm talking about will all become clear to you once you hear the opening bars of track two, Thorny. It couldn't epitomise the genre much more - slow, sombre and dripping in that beautiful heavy blues twang. In fact, Gage couldn't be a more brilliantly executed example of southern rock if it was drunkenly banging it's sister in the back of the General Lee while shooting an assault rifle out of the sunroof and voting Republican. It's pretty much text book stuff, and while for some that term may translate as not being 'original' I don't care. So you may have heard a similar riff elsewhere, or Pat's vocals may sound a bit like [insert name here], it doesn't matter. Why? Well, because it's bloody excellent thats why! Whats more it manages to be diverse at the same time, with the guys periodically stretching their artistic muscles between down tempo blues and dirty up tempo fury. They even tinker with other genres too, most notably managing to effortlessly reach into the realms of psychedelic and space rock on more than a few occasions. The end result being one of surprising beauty and blissful harmony. Not something you find on you average southern rock outing, I'm sure you'll agree. But thats all just my opinion, and to me Gage is truly a stella achievement within the stoner rock parameters and beyond. I'd be pretty surprised if any of you came away with more than the gripe that it was over all too soon.
So with all that being said, go forth and treat yourself to one, or ya know, two... three of STB Records beautiful vinyl presses.
Go on, you deserve it!
~ Jay