A Voyage Through Space 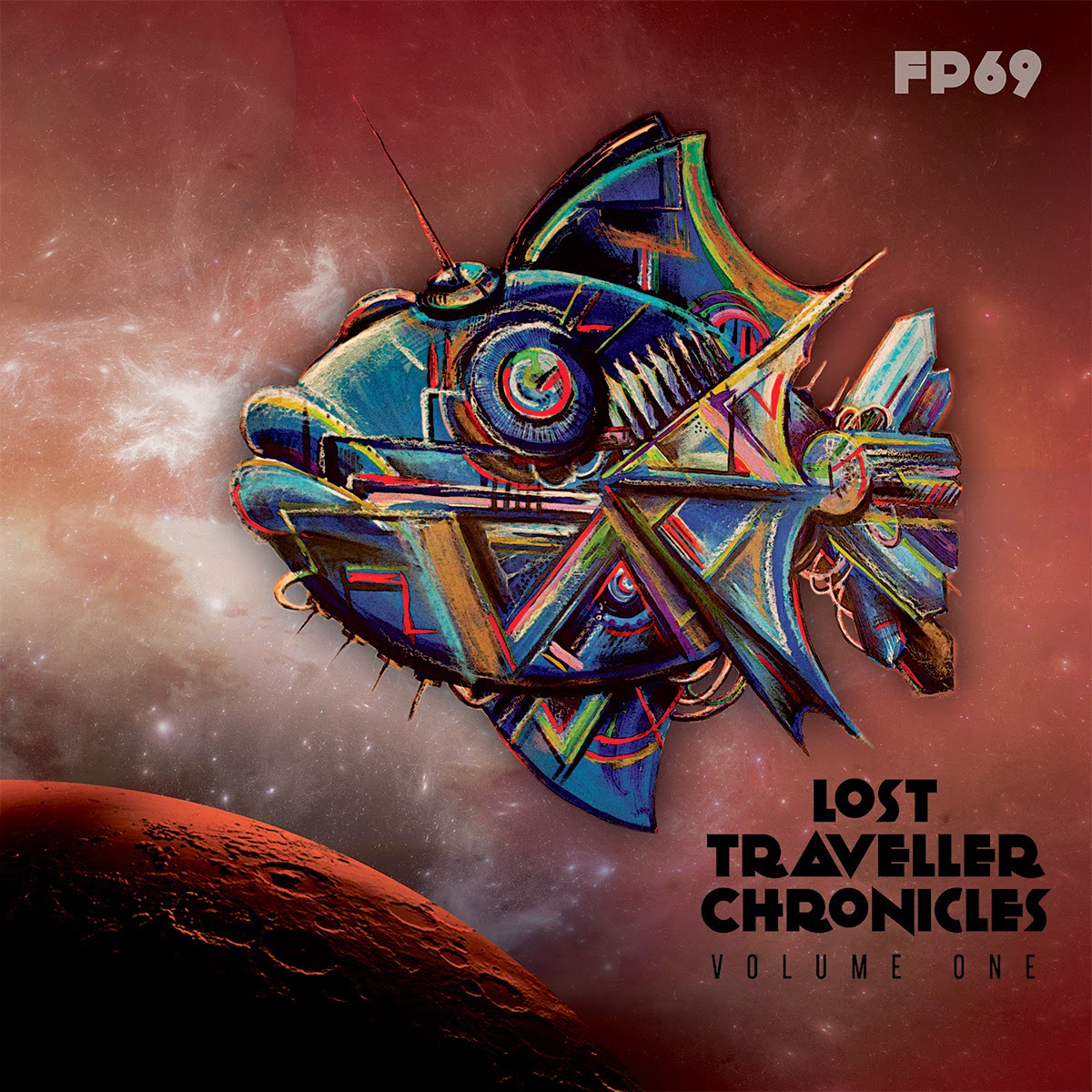 From the fine Australian label that brought us Mother Mars "Steam Machine Museum", Pepper Shaker Records have reached out to us once again, this time with fellow Aussies, Frozen Planet....1969's latest album "Lost Traveller Chronicles: Volume One". From the title alone you can make some assumptions as to what sort of sonic adventure we're dealing with here. The album is a psychedelic, fuzz and riff fueled voyage through space, from the opening moments you're swept up in a current of spacey guitar sounds and hypnotic drum rhythms. The albums acts as a instrumental concept album, with the concept being that it should play like you're reading a cosmic explorer's journal, with each track acting as an entry. Sounds like a pretty unique concept, but it's one of those things where it all depends on the execution. I'm here to let you know, the execution is perfect. You don't need vocals to get lost in this, or the message they deliver, it's all done with instruments and excellent musicianship. My favorite off the album, even if it is one of the shorter ones at just a minute and fifteen seconds, "This Sure Ain't Utopia" gives the impression of a creepy expedition onto the surface of an unknown planet. Opening up with lots of atmosphere and spacey guitar work, you can almost imagine descending the spacecraft's ramp onto a dark and misty swamp covered planet, not very well knowing what's lurking in the darkness for you.The guitars are spacey from the start, long and droning notes with lots of reverb, the bass has a nice, fat tone that really fills out the bottom end while the drums roll and crash like waves of a dark ocean. I have to say though, I would like to see a remixed or maybe re-edited version of this one that's a bit longer. At just a little over a minute it seems like it has such huge possibilities going for it, only to fade off into another track. Even if the next track, "Deliberate Sporadic Magic", is chock full of shredding solos, some real 70's style guitar lines, roaring drums, and a swinging bass groove, and is a very good song in its own right. If nothing else, this is an excellent album to listen to while having a smoke session then literally spacing out for about thirty minutes. You can give it a few spins and find all the purchasing details over on Pepper Shaker Records bandcamp.
~Skip