We All Wear Masks 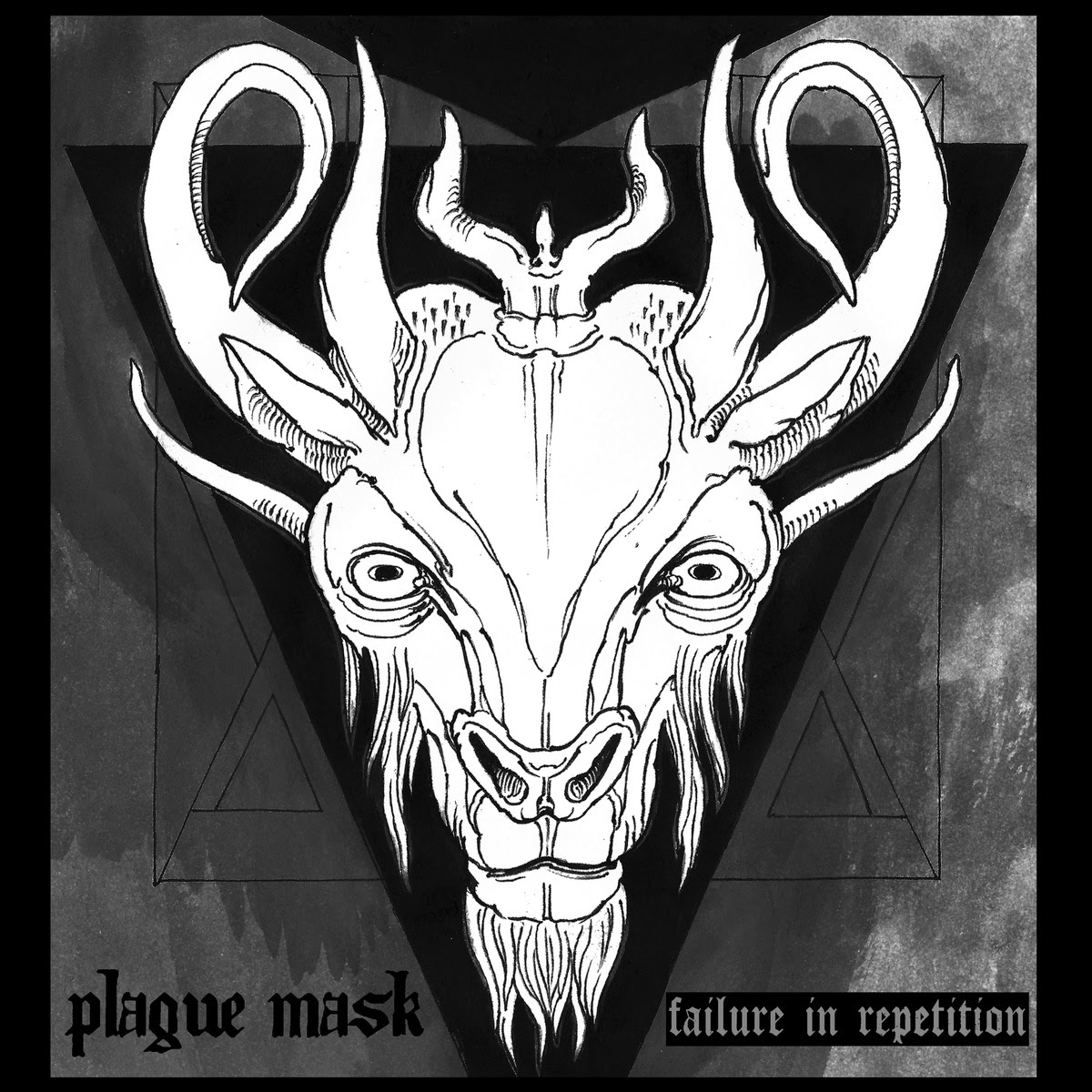 When I think of New York's music scene, Hardcore and Punk are among some of the first things to come to mind, and the following band has a certain degree of that in their music but deep down, it's thick, syrupy Sludge Metal through and through. From the state of New York, Plague Mask uses some of that classic NY Hardcore to propel an otherwise swamp mud tempo forward at breakneck speed for short bouts, but always returning to that Sludge Metal core, and the grinding pace it entails. Gracing us with their latest release "Failure in Repetition", with five tracks which can go from melodic and doom-y to a gnarly beast in the blink of an eye, and like all good things it goes by too quickly, even if the songs are short. While the thick and unforgiving guitars bear down on you, you're attacked, beaten, and left for dead by the drums, all while the vocalist stands there, snarling out lyrics and looking on approvingly. As much as I love the title for the track "MKUltra", my favorite track on the album would have to be the closer "Like Lemmings", opening up slow, with a dark and mellow guitar part, it rolls on for a few moments before opening up into a low and slow Sludge piece with a brutalizing riff that slowly bashes in your skull, this eventually tapers off, then speeds up some and their Hardcore pedigree shows through some for a moment, this lasts until around the two and a half minute mark and then the songs takes a sudden left turn and is never quite the same again. Being lead by a smooth, melodic Doom riff, the song pounds forward with all the others falling in line behind it, and just before the end of the song the riff changes yet again, going out on a heavy, growling note. You can pick it up from the group's bandcamp page, in digital format, along with their release from last year that you can read our coverage of here.
~Skip