Funeral Doom On A Global Scale 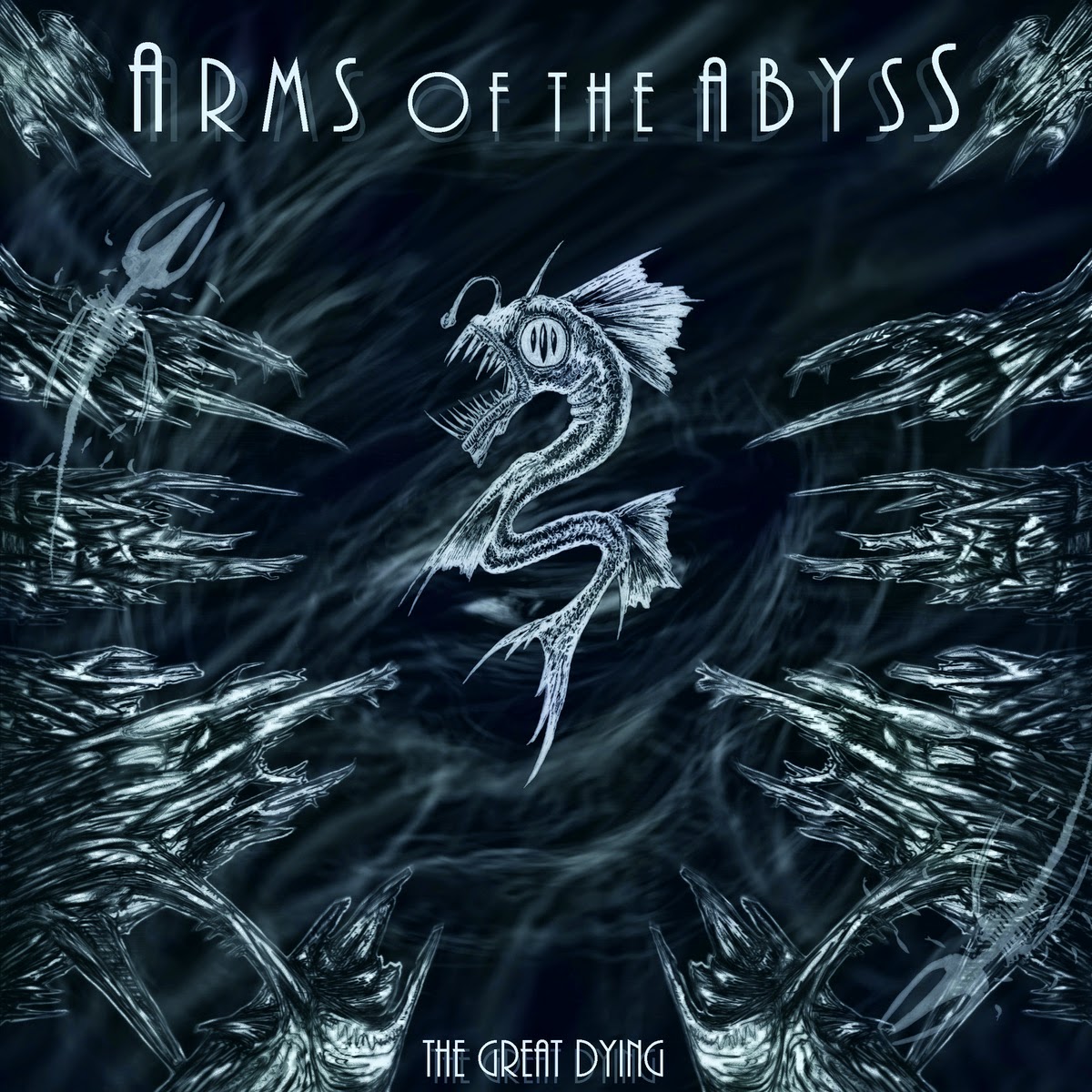 According to the liner notes, Arms Of The Abyss' new album (the first from the band, though its members have played together before this) is centered around an nigh-unfathomable extinction event involving forces beyond the ability of man to comprehend.  The band communicates this concept through their chosen medium of cosmic doom metal, letting megalithic bass, sonorous drums, a strong range of vocal capabilities, and carefully-wielded guitar tell the tale of virtually an entire planet's ecological demise.
To do the music credit, it does sound like something that would be right in place echoing across an arctic ice shelf.  The album sounds lush in all the right places, colossal and cold in the rest, and produces the relatively rare feat of a successfully 'epic' metal album.  Whether taken seriously, imagining mysterious energies sweeping across the planet to devastate all living things, or imagining tundra warriors going mad with clubs and beards, the music has enough conviction in its doom to make it work.
Of course, combining a concept album, this kind of subject matter, and big doom metal sets the band up for some sizable closing song expectations.  Luckily, they rise to the occasion for “Fate Of The Faithful”, which ratchets up the oppressive atmosphere to the album's high-water point, before allowing it all to close with a planetary death drone.
As a debut, it's kind of staggering; where will they go from here?  Will they be one of those bands that intentionally releases just one album?  It is hard to imagine a group which started like this moving on to non-concept albums.  But that's looking beyond the extinction event, and The Great Dying stands strong on its own.
~ Gabriel