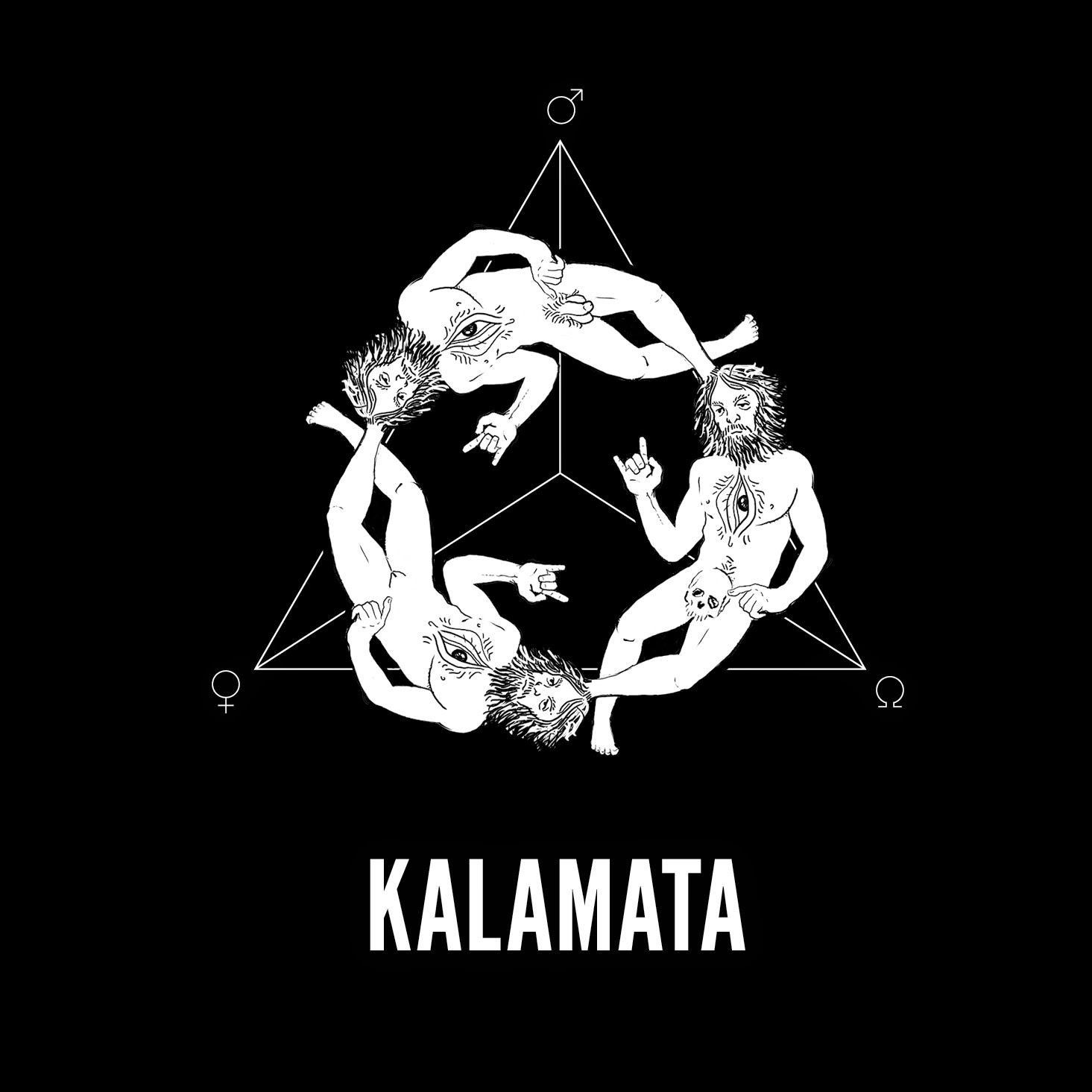 You is the first album from Kalamata, a German trio who specialize in spaced-out riffs, heavy grooves, and fuzzy solos. Over the course of the album's seven tracks (“You”, “Have”, “To”, “Die”, “Soon”, “Mother”, and “Fucker”), the band blends psychedelic inspiration with some very tasty heavy rock sensibilities, showing a wide range of influences as the band carves out its own style. Though there's a sense of doom metal to some of the music (most notably in the way the bassist wields his chords), there's also enough of the more positive, sun-baked desert rock vibes to let the band shift around in the range between the two without getting pinned to either. That free-wheeling satisfaction with turning the music over and over until they have it just where it's wanted serves the band very well, giving their debut enough meat on the bones to hold up to repeated listening.
On top of that, the band keeps the flow from track to track going smoothly, and the linkage between the songs comes through (despite the absence of vocals to guide listeners) in the steady exploration of the music by Kalamata. Plenty of head-banging beats and shred-ready guitar-work keeps the energy high for the ride, and towards the tail-end, they start really cranking out the wild, edge-of-your-seat rips.
It's a fantastic debut for this group, and we'll be keeping an eye out for anything else the group puts out for public consumption. There's word of a cassette reissue in the works, if that's how you roll, or you can go ahead and grab a CD or DD from their BandCamp.  Whichever way you go, don't let You get past you.
~ Gabriel