Rising Sons of the South 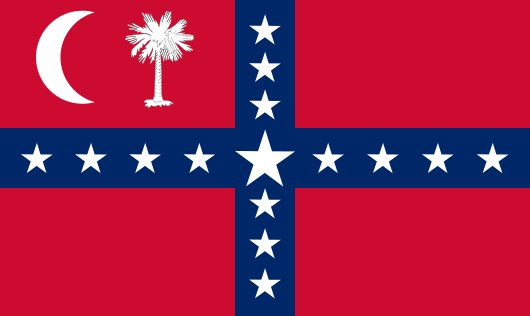 Remembering the days when I was first being exposed to music like Sludge Metal, Stoner Doom Metal, and Stoner Rock in my home of South Carolina, back around '03/'04, most metal fans had no idea about who even the well known bands in the scene were. Nu-Metal, Metalcore, and Deathcore was the order of the day back then. The look on my high school friend's faces when I tried to explain who Acid Bath were or what Electric Wizard sounded like was one of bafflement, and only grew more confused once I played them a couple tracks. This didn't phase me, I simply delved deeper into the music, getting my hands on and listening to anything I could find out about. Luckily, the man who introduced me to these genres, a trainer at my very first job, also told me about stonerrock.com so I had a direct source to go to and find some of the best groups out there at the time. Before long most of the other music was purged from my collection, with select artists the only ones left standing. That was many years ago, and while I didn't always keep up to date with the newest and most talked about bands, I never lost touch with the scene picking up new bands here and there over the years, doing my best to keep up with new releases from seasoned bands I know I'll enjoy. Over the last couple years however I've started back on my quest to find new stuff, discover up and coming acts, groups from the past that I overlooked before, and during this I've made some great discoveries from tons of other places, but nothing makes me more proud than to find bands right here in my state that are perpetuating the ways of the riff and keeping it heavy, the same state where I was hard pressed to find more than a handful of people who listened to Sleep about a decade ago now has a scene that's growing and becoming stronger every time one of these bands plays a show or releases a recording, and turns on another person to this great form of artistic expression we know as heavy music. I've taken the liberty of gathering all of these bands into one article for you fine folk, if you're a fan of this blog you're pretty much guaranteed to find at least one group on this list that you dig.

Buried Voices
It's understandably tough to be an Alternative/Hard Rock band these days, with so many already out there, and all sounding pretty much alike, it's tough to be different without coming off as a gimmick or contrived. One of the reasons these guys are able to pull off exactly that and stand out from other groups doing the same thing is because they manage to sneak in bits of Southern Rock and Black Sabbath into their sound, and it provides that heavier, bluesier edge to their music. We'll have a full review of their album "Arson for the Heart" in the coming weeks, so be sure to check that out.


Compel
Jay gave us his thoughts on Compel's first EP back in '12, which you can give a read right over here. This dynamic duo is an instrumental Sludge Metal band that plays some truly gnarly stuff, like filling your veins up with swamp mud. With long, droning songs that are brutally heavy and can sound equally sinister at times, and some that are thick and dirty mid-tempo jams, I'm still scratching my head as to how I've missed these guys since 2012. With no vocals, and no frills or niceties, it's just unadulterated sludge jams that churn and twist like a flag in the wind. In this day and age, somethings that are still stripped down and raw, in their purest form, are the best.

Fall of an Empire
These guys haven't left my playlist since I put them on it at the beginning of the year. Their first album "Songs of Steel and Sorrow" is a great work of Stoner Rock, incorporating traits of '70s Heavy Rock and Southern Rock into the group's whole vibe. With fuzzy sounds manifesting its self from deep within the speakers of a guitar cab, there's always a groovy, catchy riff to latch onto and ride out until the end of the song. Add in a drummer that beats his kit into submission like a slave driver, and a bass player with a round and smooth bass tone to really fill out that low end perfectly. Then you have a singer that looks like he's catching the holy ghost when he's performing, but if he stood still doing it, you'd probably think he was a robot or something.

Grüzer
With three guitarist and a shit ton of experience between the whole group, coming from local and regional acts like Deathvalley Driver, Diavolo, Carolyn, Shaokahn and Mean Wiener/Evil Empire among others, they perform a style of doomy Southern, Sludge Metal in the essence of the NOLA music scene, which we all love. That's not to say they're some cookie cutter band, being a fan of that Louisiana scene for a long time now I can confidently tell you that with the third guitar and their various influences, they have created something similar but definitely unique in its own right and is more than capable of standing on it's own two legs when compared to other groups doing the same thing. With solid musicianship all the way around I'd be here all day breaking down their individual sounds, but if you were to be sentenced to death by pressing, having these guys play instead of people stacking all those rocks on top of you would achieve the same goal with more jams and a lot less effort. Having already released a single off of their upcoming EP, it seems like nothing but good things are to come, be sure to keep an eye out for a release date.

Heathen Bastard
Sharing a member with Thieving Coyote, Heathen Bastard falls more into the Stoner Doom Metal category, reminding me of bands like Weedeater in the best of ways. With growled out vocals, skull crushing riffs, and pounding drums moving at the pace of something stuck in a tar pit, you have plenty of fuzz in the mix too, but it's that low, chest rattling, bass fuzz. Remember that episode of South Park when they were searching for the "brown note"? Well, I think these guys are trying to find it through sludge doom experimentation, and I'm happy to be the guinea pig.

Solaire
A few college guys get together and start a band, not that uncommon, right? But when you lay down gritty Stoner Rock tunes like this, you tend to automatically set yourself apart from the majority of those student bands that never really go anywhere. The band is always high energy, and quick to put down a grooving riff covered in fuzz that forces you to move, tap your foot, bang your head, something. My first impressions on hearing them a while back was like a Southern fried Fu Manchu, and I'd still say that it's not a completely wrong observation. If you've ever thought about putting mud tires on your boogie van, hearing these guys might just give you that final push to go for it.

Space Coke
When you just absolutely want to put on a party for the ages, give Space Coke a call and see if they're available. Complete with a wig and a smoke machine, they put on one hell of a Rock and Roll show, a full blown rager from the first note to the last. The self proclaimed purveyors of Motorcycle Rock, which I must admit has a ring to it, lay down dirty rock riffs and sleazy grooves for the ages. As their front man says "If the amps ain't smokin', it ain't Space Coke". Unfortunately they don't have any music up for your listening pleasure, but I'll leave you with the band's promo video, and you can always look around youtube, there's bound to be a live video or two. If you ever find yourself in the city of Columbia, South Carolina however, you might just walk into a bar and see a long haired front man slamming around the stage and playing the guitar on his back like he was channeling the spirit of Jimi Hendrix himself.

Thieving Coyote
We had a review for their latest EP go up not very long ago, which you can check out here. But they're a five piece Southern/Stoner Metal band that play no holds barred, sleazy jams about everything from hookers out on the highway to getting high, and are among the best at it. These guys know how to party, and how play kick ass tunes, and are damn good at both.

Tripping the Mechanism
Having reviewed their full length earlier last month, which you can check out here, this three piece plays their own massive sounding version of Death Metal influenced Sludge Metal and always towing the line between sadistic brutality and beautiful melody at times, you never know exactly what to expect from them.

Waft
Waft is a primal, smoked out Sludge Metal act with songs about stuff like being Southern as fuck, hard not to love, right? It was a three piece, but after adding another guitar since the last time I've seen them I'm curious as to how that twin guitar attack will sound in the music, especially since their current guitarist could more than carry the load, this will just being icing on the cake. Judging from the ground shaking performance I was witness to, with the drummer snarling out lyrics as he beat those drums to within an inch of their life, and the bass player was slamming around like a madman and in the process had the whole club rocking, their upcoming recording is going to be a monster. Be sure to stay tuned for this one too.