The Voices Came From Below 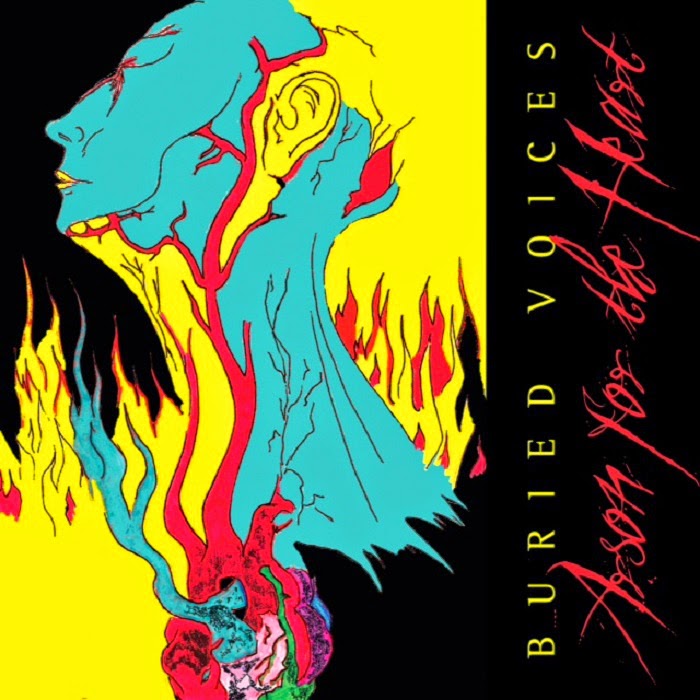 Buried Voices are four guys from South Carolina that play the modern day equivalent of Heavy Rock, Heavy Modern Rock maybe? It could probably be labelled off as many things at the end of the day, but all that's really important is the music, and it is catchy, groove laden Hard Rock that is often duplicated by very rarely this well, with all of the proverbial gears falling into place perfectly. Their release "Arson for the Heart" just made its CD debut after three years in the making, and what I'm sure included some blood, sweat, and tears. Every track has its own personality quirks, which becomes clear after just a couple tracks have finished, with influences ranging from Merle Haggard to Alice In Chains, all the way to Pantera and Crowbar at times. There's a little something for everyone, and while you might not fall in love with every one of the eleven tracks, you're almost guaranteed to find at least one to latch on and sink your teeth into. From the melodic vocals that haunt tracks like "Pretty Little Helpless", to edgier and even some screamed vocals that pop up in other tracks like "Perfect the Art of Sorrow", courtesy of the bass player, to the crunchy guitar riffs that slam forward from start to finish, paired with a thick and prominent bass tone that you don't get all the time, and a slamming drummer that beats his kit like it stole something from him and you start to get a sense of how well these guys do their job, whether it be in a studio or on a stage. I'd have to label "The Blowtorch" as the standout track for me, opening up with one of those crunchy riffs that sound like they tear their way out of the speaker cone, while the singer belts out his edgy, and slightly gritty melodic vocals. The bass is exemplary, chugging along, while the drummer is pounding out his vicious rhythms in the background, picking up any dead space to be found in the mix and carrying it on their back, really making each song sound full and dynamic in its own right. You can get in on all of this too, just head over to their bandcamp and give the album a listen and buy a digital version, or head over to CDbaby and get a physical copy of their album on a pretty slick looking CD.
~Skip

For Fans Of; Alice In Chains, Corrosion of Conformity, Audiobreed