Sounds From The Psyche... 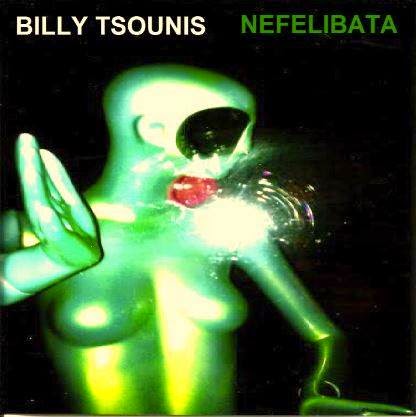 Psychedelic to the point of being semi-hallucinatory, the new album from Billy Tsounis pulsates with energy from the first moments, billowing out in expansive waves of guitar and bass held down by the solid drum-work.  Mr. Tsounis put everything together himself, and the quality and sense of interaction between the assembled pieces deserves some recognition; there's some truly intricate stretches of sound to be found here, and imagining the multi-tracking behind it all is enough to make your head start to spin.
Some of the tracks bring in heavily-distorted keyboards, which emphasize the dream-like quality which characterizes much of the music.  The moods of the album range from gentle to viciously aggressive, and while there's an ethereal feel to much of it, the harder parts land with genuine impact.  That sense of surreality is reinforced by song titles such as “Eyeballs In The Yard” and “The Clown Salivates”, and while vocals are absent, the space they leave is filled up nicely by the lushness of the instruments and the strength of the song-writing.  The guitar usually has a pleasantly bright tone, and in Tsounis' hands, it comes alive with personality, adding to the many layers of material to mull over while listening to the album again and again. Great stuff, all around.
~ Gabriel

For Fans Of; The Human Instinct, Ten Years After, Lightning Bolt, Jimi Hendrix, A Place To Bury Strangers


Sell music on Amazon at ReverbNation.com