As The Nova Flares... 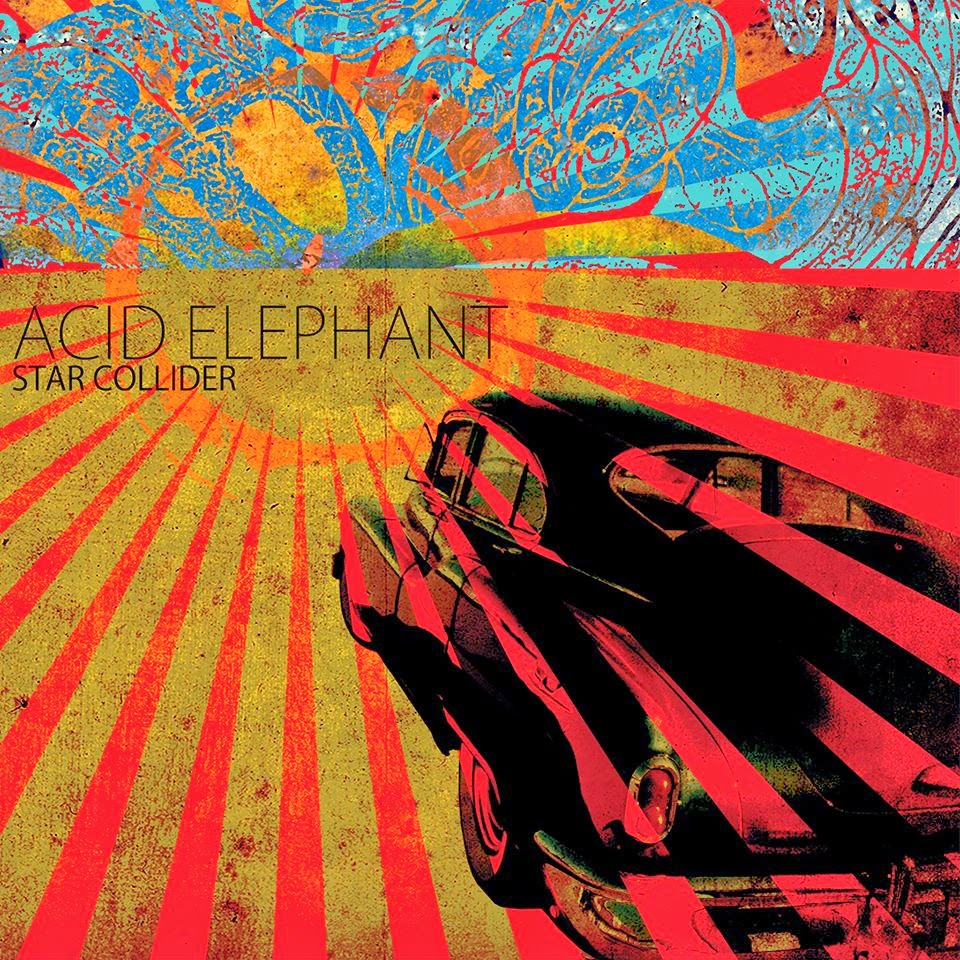 Star Collider is Acid Elephant's second full album, and though there's only five songs to it, the album clocks in at over an hour of wild and wooly psychedelic shakes. Things start out rather innocently, with the desert-rocky “Las Noches del Desierto”, but things only get heavier, madder, and more doomed from there, culminating in the almost half-hour of sinking provided by “bog”. En route to that swampy fate, the intensity is masterfully developed, with moments, as in “7th Stone”, in which the guitar's slow pace gobbles everything else right up, until the percussion and synthesizer can recover and grow back into place. At other times, they'll erupt into volcanic bursts of white-hot activity, or let the sludgy bass pour over the rest and out of your speakers.
As “bog” settles into place to draw the album to a close, one riff emerges to dominate the music, and the band throws themselves under its sway, letting that riff bend everything to its will, from the rumbling grind of subterranean synth-work to the earthquake-threatening hum of the bass. When the end finally comes, if you've listened to the album front-to-back, it's a little like coming out of a trance; you have to shake yourself a little to make sure everything's intact. Damn good stuff, and quite a treat.
~ Gabriel