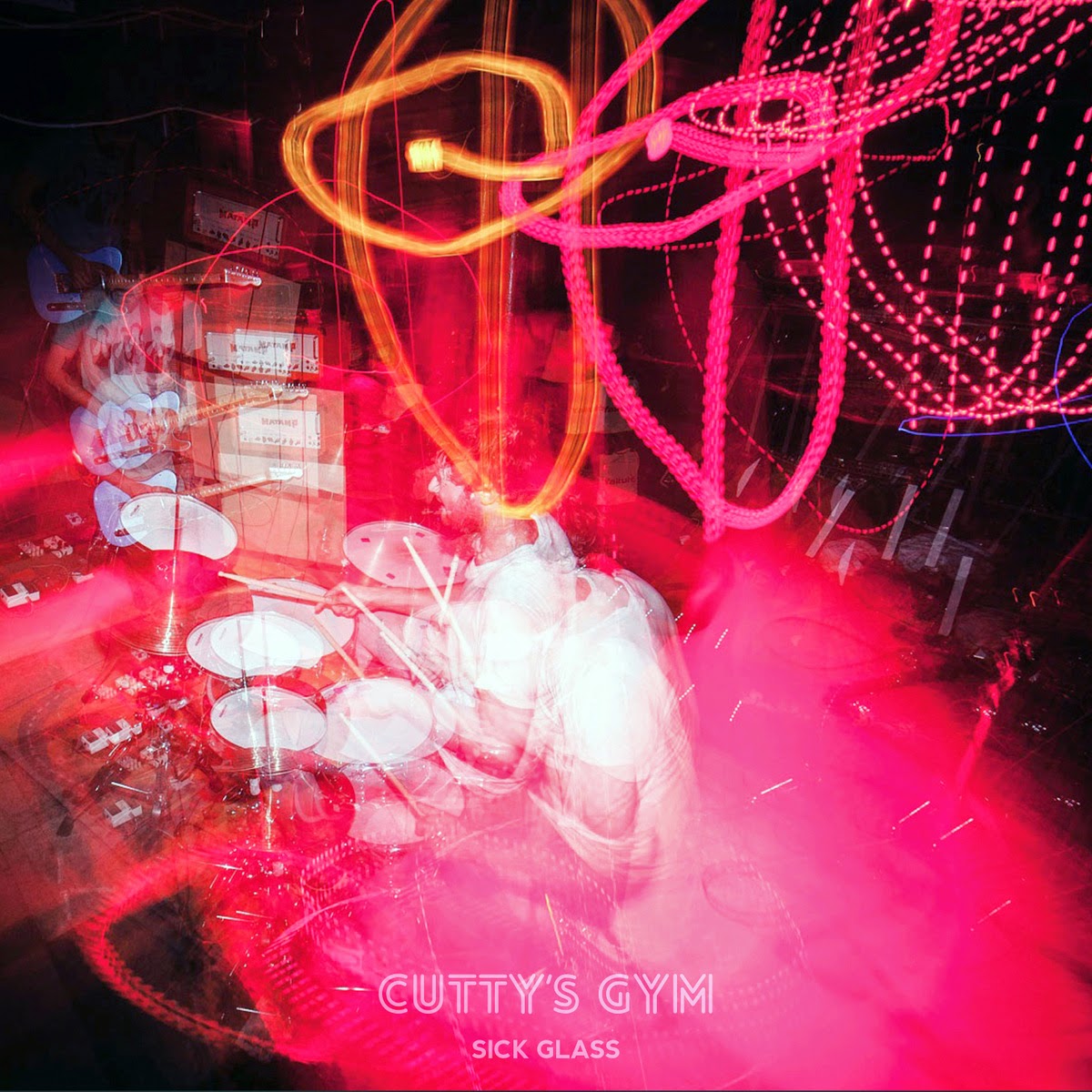 Cutty's Gym is a bit of an anomaly around these parts, in the sea of emails we get, all filled with Psychedelic, Doom, Stoner, and Sludge riffs there comes along a two piece from Scotland that decide they are going to explore the heavy side of Jazz-Rock. I've always appreciated the complexity and sound of Jazz music, but somewhere along the way it missed me, maybe I'm just a sucker for the Blues instead. I'm always willing to make an exception though, if something catches my ear, then I'm going to listen to it, and these two caught my ear. With those interwoven Jazz rhythms, but a Heavy Rock tone, they lay down four tracks of their own heavy, and trippy Jazz-Rock with their EP "Sick Glass". While the guitar is bordering on full on Psychedelic at times it seems, keeping those entrancing riffs coming, the drums are on their own equally thrilling adventure, beating in time with its counterpart, syncing up perfectly, the way things seem to do when you're tripping on hallucinogens, lending even further to that hypnotic sense you get from the music. Of the four tracks on this release, the second is probably my favorite this time around, the track "Dudeman" takes their sound and adds a certain Stoner Rock guitar swagger to it, and it absolutely slays. Opening with a deep, rolling drums, the guitar drops with a short but catchy little riff, vaguely reminiscent of the Truckfighters, with the underlying bass track being so fat and rounded, it gives the song a nice, full sounding mix and would definitely be lacking severely without it. "Sick Glass" is a "name your price" deal over on their bandcamp, so go check it out and give the Psychedelic Stoner Jazz Rock EP of the year a download, if it grabs your attention too.
~Skip