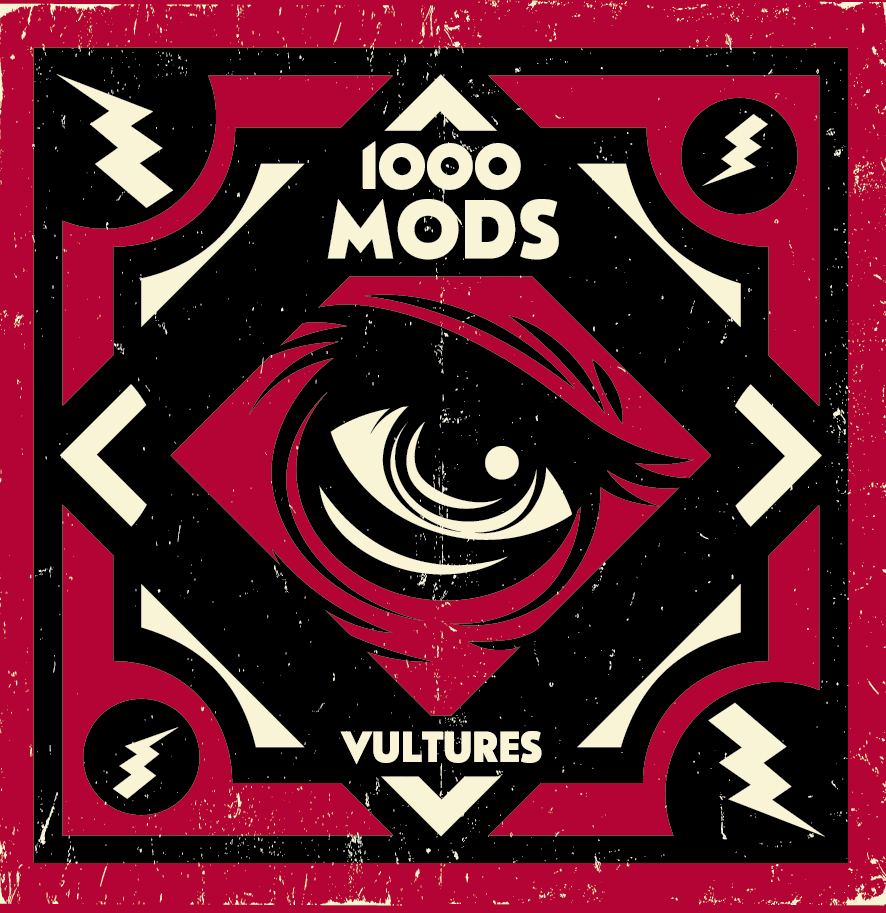 The latest album from 1000 Mods starts out in a generally desert rock key, but before the opening song (“Claws”) is through, they've cranked up the fuzz and psychedelic guitar-tone smears to a level of red-eyed unruliness that threatens to liquify your speakers, or at least leave them sand-blasted. With shag carpeting for your ears in the form of their reverbed-out feedback solos and drums to shake your wax clean, the album cruises along through desert landscapes and starry skies, cranking tunes and shredding notes for the entire trip, roaring through rough winds and high speeds without a care. As they roll along, the songs cycle through riff after weighty riff, letting the grit and grime accumulate like a dust storm, and pulling things to a close with the hefty “Reverb Of The New World”.
The album has an impressive flow and momentum to it, carrying energy from one song to the next to great effect, and the way the band tears into the songs suggests countless hours spent in the studio getting to know the songs inside and out.
~ Gabriel