The Stags (according to Google translate) 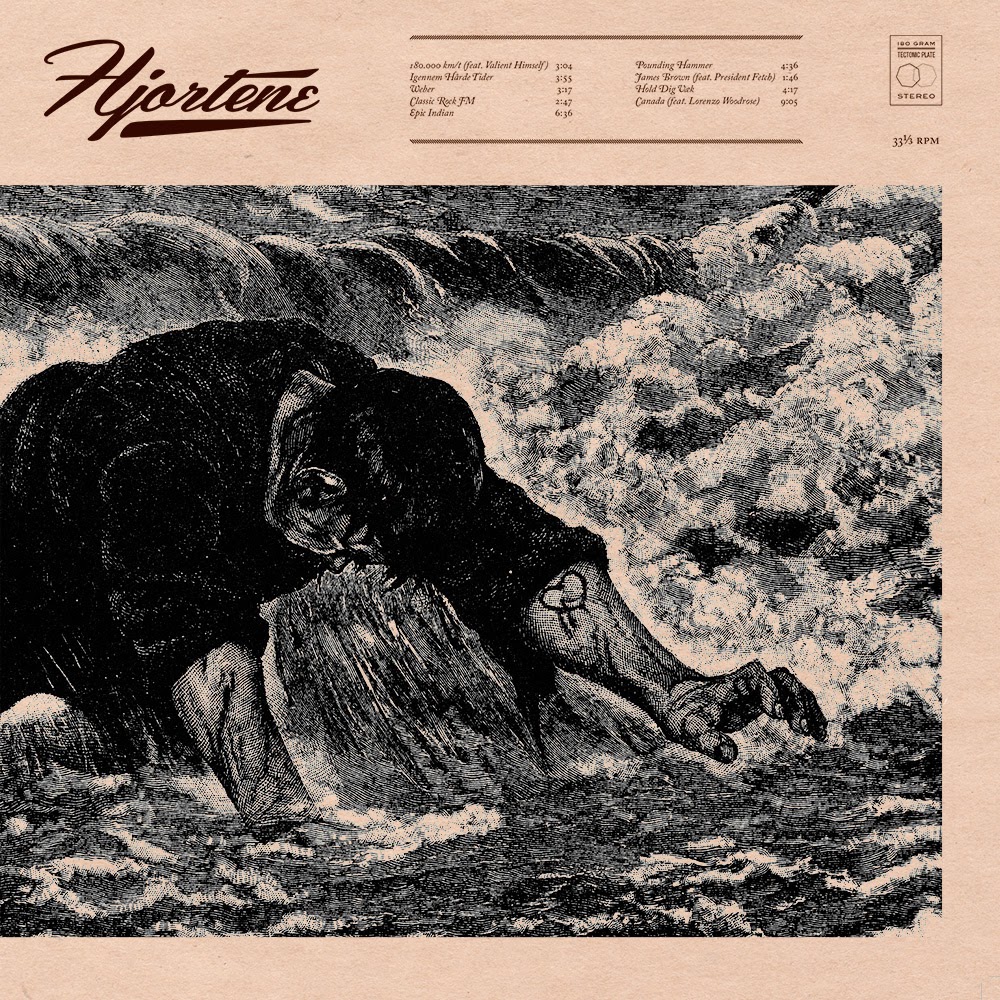 From the country of Denmark comes another Stoner Rock band that are bound for even greater things in the scene, having already released two critically acclaimed EPs, it seems they decided to go for a critically acclaimed full length album, and they succeeded. Hjortene have put out one hell of an album, classic Stoner Rock cooked to perfection, and almost more fuzz than one mere mortal can handle. I was only three songs in and could tell this was going to be another band I would listen to again and again, much like their compatriots Baby Woodrose and Gas Giant, the quality of Stoner Rock coming out Denmark has always been stellar looking back on it now, and these guys are absolutely no different.
Their first track "180.000km/t" features Valient Himself, from the group Valient Thorr, on vocal duties. It opens with chaotic, feedback fury and a rolling drum part, but when you get passed that and the real groove starts up, that's why this album became an instant like for me. This track gives you the impression of an even more raw version of early Fu Manchu, especially with those guest vocals, and the fuzz is so thick, you can just about cut it with a knife. When you get to the fifth track "Epic Indian", you're greeted with an epic, 7 minute instrumental Stoner Rock masterpiece. From the twangy, slightly fuzzed out opening riff that will have your foot tapping from the first seconds, all the way until you get in the heart of the song, then the riffs get a lot fuzzier, and exponentially heavier, with a rhythm section that sounds like they're absolutely jamming when they recorded this one. The last song on the album is probably my favorite of the whole thing, "Canada" features Lorenzo Woodrose, mastermind behind Baby Woodrose, performing a one and a half minute guitar solo on the track. This one is a bit different, with mellow vocals, and more of a Psychedelic Rock vibe than the rest of the songs by focusing more on creating an atmosphere with this one, rather just blowing your head off with fuzzed out riffs, but they still come, and in spades by the end of the almost ten minute track.
As it stands, I think this is going to be one of my top albums of the year, as a Stoner Rock album, it's perfect in numerous ways. But then again, I didn't really expect anything other than excellence from a Danish Stoner Rock band, they have a legacy to uphold anyway, and I'd say it was in safe hands. They have a limited number of vinyls out with the album, so head over to their bandcamp if that's your sort of thing, but there's always unlimited downloads, so don't miss out on this one.
~Skip