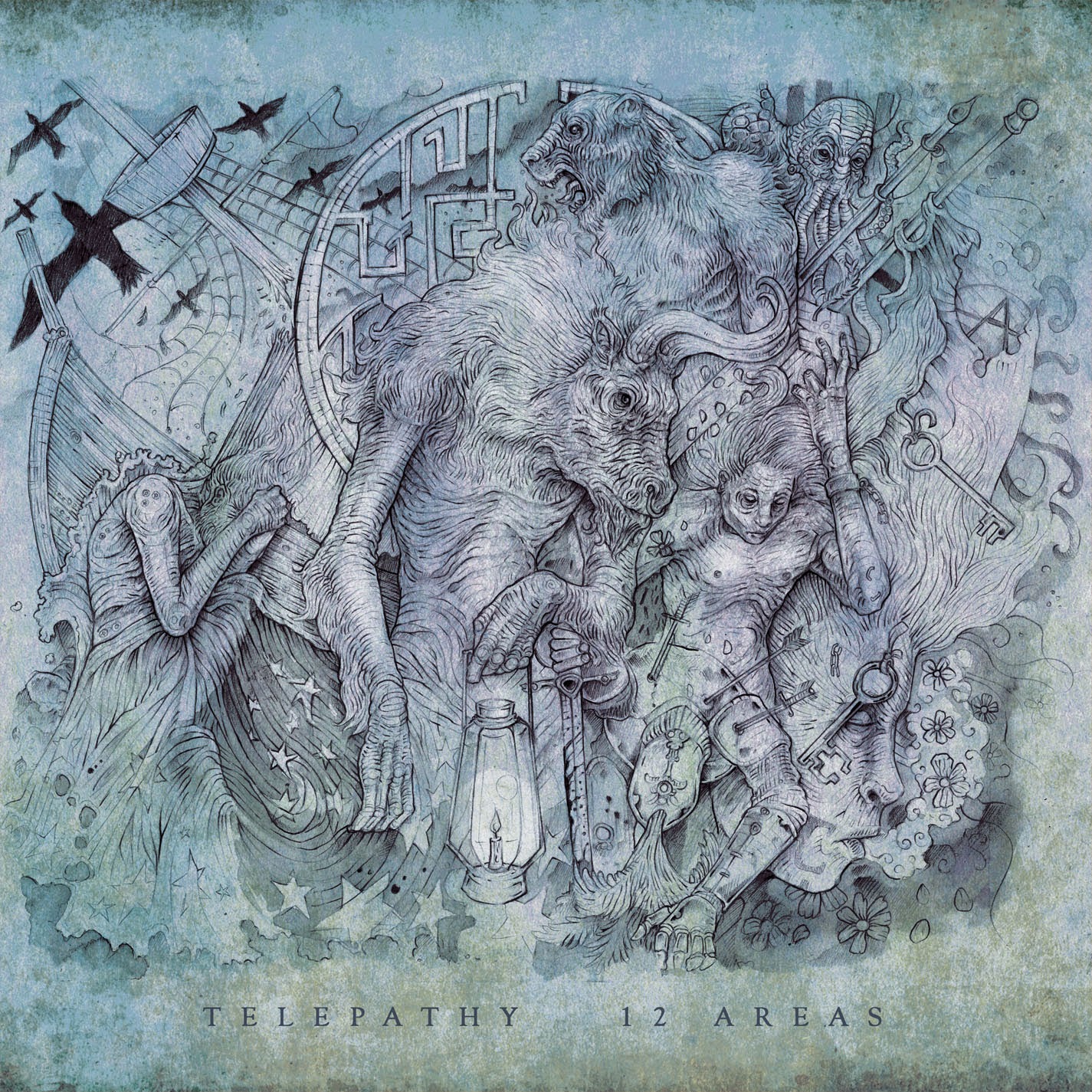 On their first full album, Telepathy have a distinct focus on developing a near-palpable atmosphere, one with rumbling mechanisms, fading echoes, and distant wails of trailing notes. Of course, they also have room for high-speed drum tricks, wild time-signature shifting, and a sharp electrical edge to the guitar as it slices through the murkiness surrounding it, so the album's tension never reaches an oppressive level. Telepathy, in keeping with their name, prefer not to use vocals, putting all of the pressure on their ability to communicate via the instruments.
Truth be told, their technique and skills, along with the synergy of the band, is genuinely impressive.  Listening to the album, it's easy to imagine the many grueling practice sessions behind the final product, and it's hard not to respect their dedication.   The trouble is, the songs are a little too hyper-kinetic and abrupt in their shifting between drastically different moods, so for a significant chunk of the album, whatever ideas they're trying to get across or story they're trying to tell ends up obscured by the audio pyrotechnics they've chosen to use.  Admittedly, in the second half of the album, a lot of that over-the-top freneticism is resolved into more linear progressions, so it there is a working story arc to the album, one that likely improves the more times you follow along with your ears.  Maybe it just takes a telepath to appreciate another telepath's idiomatic expression, so if you dig on complex arrangements and high-speed bombastics, dig into this and let your mind drift.
~ Gabriel

For Fans Of; Between The Buried And Me, Behold... The Arctopus, Mastodon, Biomechanical, Meshuggah