Crushing Riffs From Above 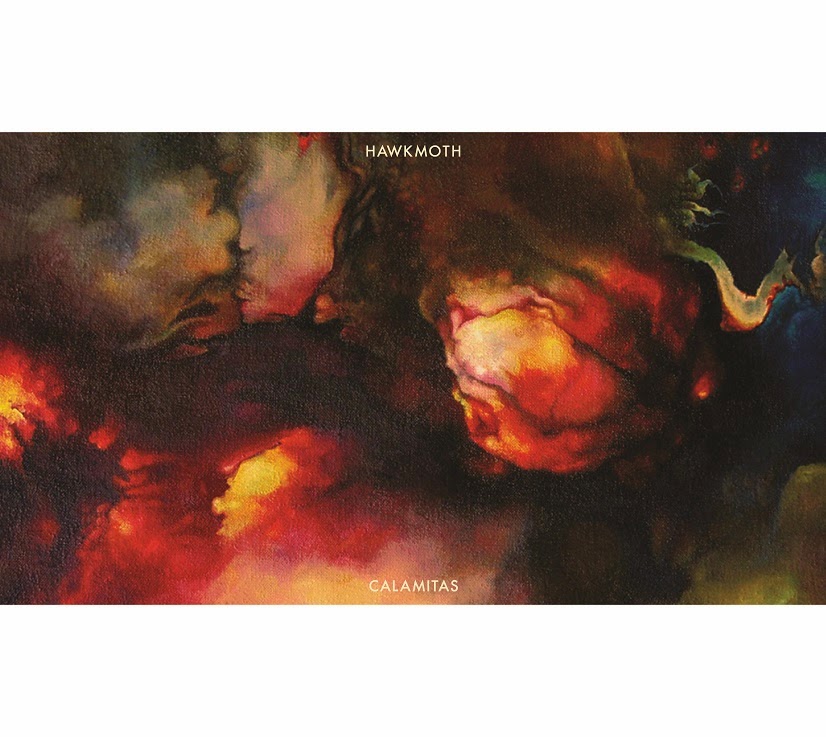 Normally, I steer clear of any genre that has the word "Post" at the beginning, in my past experience the music deemed Post Rock or Post Metal has always rubbed me the wrong way for one reason or another. I find it either boring, or self-indulgent, or a pretentious mix of both. In the past Isis was really the only group I found myself able to enjoy when it came to Post Metal, Sludge or otherwise. I do believe I've found my second exception though, in the form of an instrumental Post Metal/Sludge four piece from Sydney, Australia named Hawkmoth. Their latest album "Calamitas" is their second full length, and a follow up to their 2011 self-titled album, and it's a current of devastation, with some bends and shallows, but mostly just huge, crushing riffs.
It opens up with the track "Exsanguinating in the Overflowing Bath", a slow, blissful soundscape that suddenly turns into a ferocious storm of twelve ton riffs and a thundering drum line. This is one of the songs that really gives off a Kylesa vibe for me, and Hawkmoth completely kill it with this one. A little after halfway the sludgy riffs give way to a lone, airy guitar part that lulls you into sense of peace, only to let you get crushed one final time before the track comes to an end. The next track is titled "Hitler's Dogs", not entirely sure why, but I'm going to go with it. With a rolling drum intro, the Sludge riffs drop in once again and put up a wall of sound, but that pattern of bends and shallows is never far from hand, and after a while the songs takes a turn and starts up with another, even heavier riff. You can tell how much planning goes into one of these tracks when you come across a shorter one, like the 3:49 duration on this one, and hear how seamless some of the transitions are, this is where all of those hours of rehearsal and practice time I'm sure they put in really shines through. The fifth track "Don't Speak of the Sun" opens up with that same heavier than hell guitar attack that you come to know so well over the course of this almost hour long album. Taking an even slower and lower approach, you're slapped with chest rattling bass and those thick, Sludge riffs. And when I say the drummer sounds like an animal at times, I'm not talking about that fuzzy bastard from the Muppets, more along the lines of a gorilla beating his chest, or more likely the chest of a dead rival.
If you're a fan of Post Metal, even just down and dirty Sludge Metal, anything like that, you should check out this album, you'll be sure to find something worthwhile. For all of you burgeoning artists in instrumental bands, take note, this is how you do it and constantly keep the listener stuck in your music, and not just have it become background noise. If you like what you hear, go on over to their bandcamp, and get in on the action.
~Skip

For Fans Of; Kylesa, Melvins, Neurosis