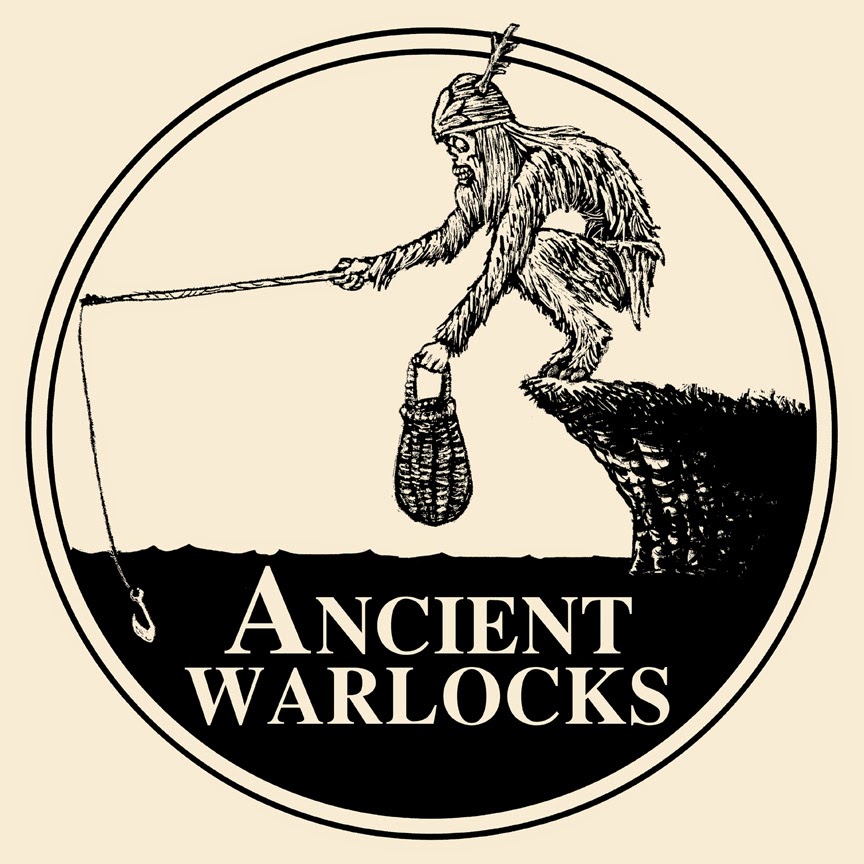 You may think you know all there is to know about stoner rock. You may well be an authority on the matter, or maybe just an enthusiast. You may even, as I've noticed more and more recently, be one of these tossers that act completely nonplussed at a new sound because your knowledge is just so extensive that you've heard it all before. Well this is Ancient fuckin' Warlocks, and they will blow your mind.
Now, I do get sent a whole lotta stuff on a daily basis, but it's been quite some time since an album has hooked and reeled me in quite like this beauty. Some albums take a few listens to get into. Some catch you straight away then peter out, but this... Well this is a whole different animal.
Summoning a sound that sits somewhere equidistantly between early Queens Of The Stone Age and Orange Goblin, the Warlocks have cranked out what I can, without any doubt, see as being one of the best albums of the last 12 months. It's got absolutely everything you could possibly ask for in a solid stoner rock album. More blissfully gratifying riffs than you can shake a stick at, beats that will have you reaching for your air drum sticks and a shear unadulterated groove that completely takes over and leaves you about as still and calm as child with A.D.D and a can of Mountain Dew. Theres just something so utterly intoxicating about this album from start to finish. I mean, I got home about two hours ago upon which I found it on my doorstep, since then its had no less than four or five spins on my turntable. Given my currently lethargic state, the usual chore of having to get up to flip the LP over every 15 mins or so has been met with a surprising sprightliness. If that doesn't speak volumes nothing does!
Given its first pressing late last year, all 300 copies practically vanished, and rightly so, it's a truly essential purchase. So whether you head on over to their Bandcamp page for a download, hit the band up for a cd or, and this is my personal preference, head on over to our good friends at STB Records who have worked their magic on a beautiful reissue and an array of choices of wax. Thats right, the elves have been busying away of recent and created no less than three gorgeous limited editions to grace your eyes and ears with. There's just a few finalisations going on, but it should be up for preorder soon, so keep an eye out!
~ Jay


For Fans Of; All Them Witches, The Heavy Eyes