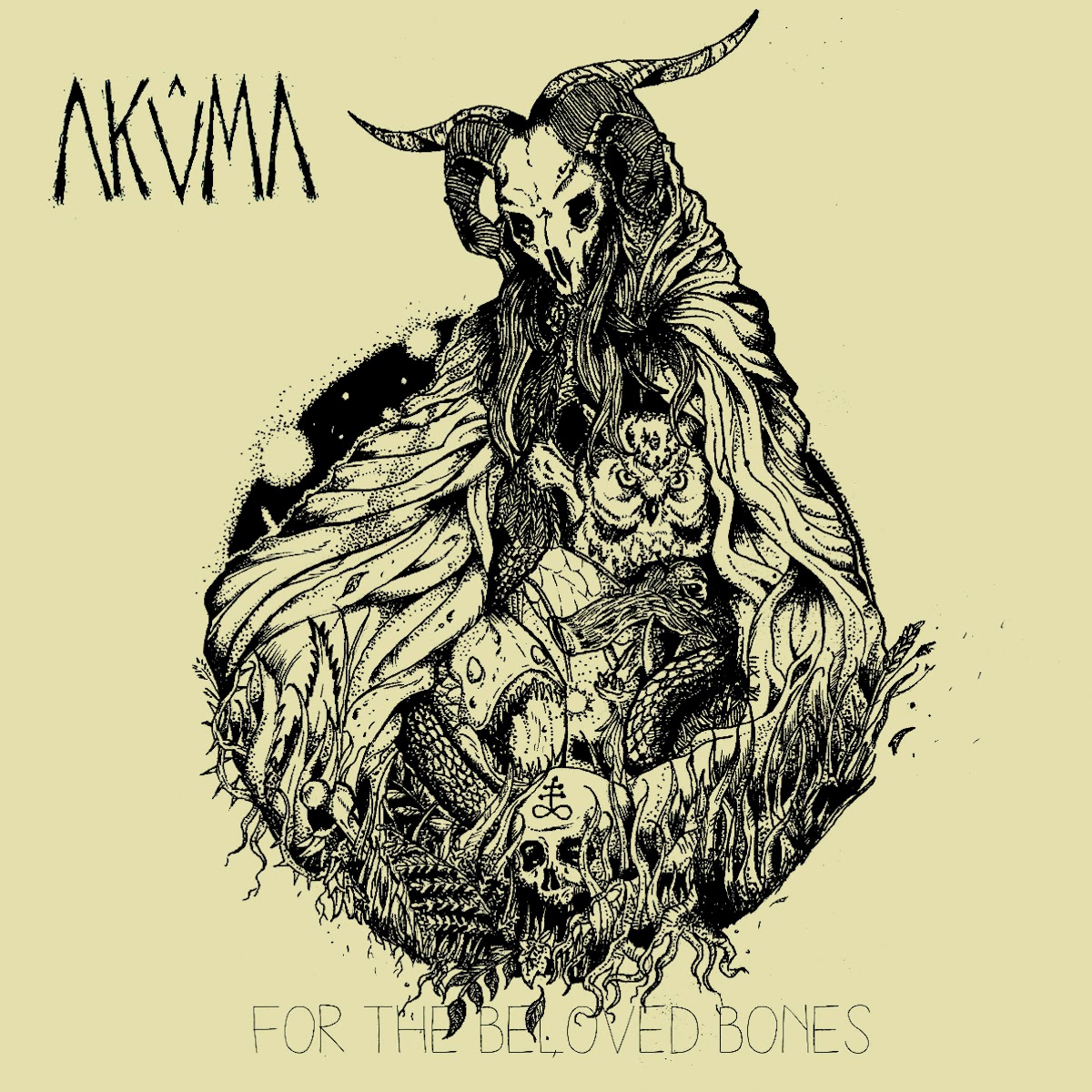 The new album from Akuma is a swampy blast of murky aggression, high-speed and high-impact drums, growling guitar, and mighty bass. The tunes unfold with a pace like quicksand, pulling you deeper and deeper along for the ride until you can barely breathe, and just at the right moment, opening up into a gaping expanse of overwhelming bass resonance and distant percussion. This crew has a solid handle on what they want to accomplish with their songs, and it's some mean, effective stuff.
They've got the attitude of EyeHateGod (though with less of a drug fixation or inclination towards hardcore), the bottom-of-a-swamp atmosphere of Coffins, and they occasionally slip in a little black metal through a sludgy mix of vocals, production, and mad-cap drumming. There are a few moments where it seems like they've pulled off a capable soundtrack to some liquid sub-section of Hell, but there's also times where they ease up on the menace a bit, and just plow forward with some stomping speed and rhythms into sheer head-banging territory. More than capable of putting a smile on any deranged swamp-dweller's face, For The Beloved Bones is already well on its way to being recognized as a classic.
~ Gabriel