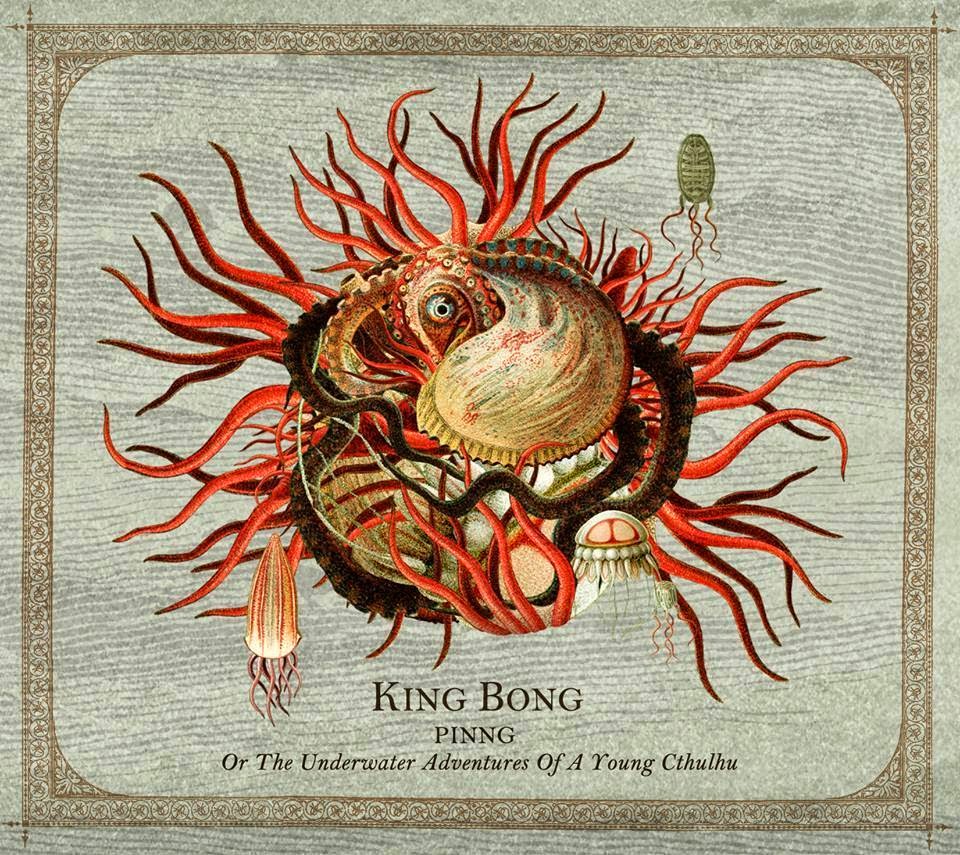 If a band is going to invoke the name of Cthulhu, they're setting themselves up for some gargantuan shoes to fill, so to speak. It calls for doom on an apocalyptic level, and swirls so psychedelic as to make you genuinely worry about the musicians' mental health. On King Bong's latest outing, PINNG, Or, The Underwater Adventures Of A Young Cthulhu, they bring the doom in first, and in a respectful volume: the whole album is one 36-minute elephant of a track, one which starts out slow but builds more and more momentum, picking up speed so it can run you over and into the ground.
They take their time getting to the psychotic side of things, making sure to lay down a recognizable foundation while leaks of guitar overload creep in around the edges of the measures. Like the intensity of the doom, these traces are developed into big, sinister flares of feedback, galvanizing the rest of the song into wilder animation.
It's not quite brain-melting madness, but as the title says, these are the adventures of a young Cthulhu, not an old one with the fun drained out of his system by aeons under the waves. If you're in the mood for a toothsome, tentacular head-trip, do yourself a favor and give PINNG a listen ASAP; the stars are right!
~ Gabriel

King Bong - PINNG, Or The Underwater Adventures Of A Young Cthulhu (320 kbps)