Makers Of More Than Mischief... 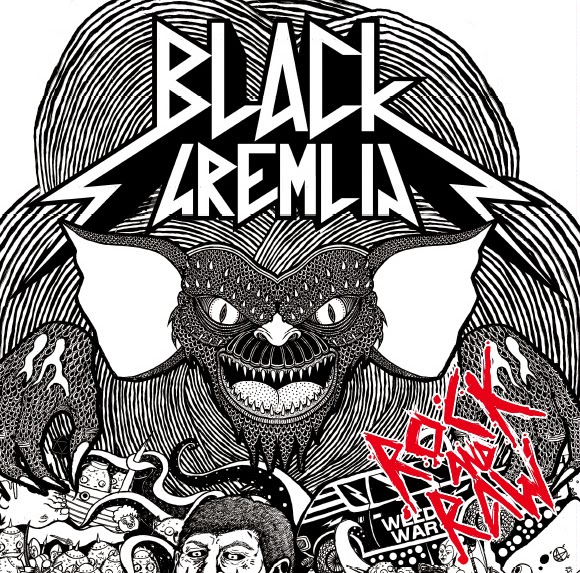 Black Gremlin's debut studio album puts a lot of emphasis on the words they selected for the title: 'rock' and 'raw' are what the album's built around, from the recording process (knocking out the recording sessions in a single day, using an 8-track reel-to-reel recorder) to the music itself, which blasts forth with grit and mad energy. Over the course of the seven tracks (opening with the bloody-knuckled “The Lich” and rocketing on from there to the shred-packed “Bongoloid”) they tamp all the head-banging fuel they can into the half-hour or so of tunes on the album.
Rock And Raw has a gnarly attitude reminiscent of Municipal Waste's party thrash, but with a more overt influence from the hard rock groups of the '80s, cranking out crunchy riffs with a taste for power-chord-stomping solos. They've also slipped in a few fuzzed-out passages between the crashing drums and high-speed finger-work, though, showing they've got what it takes to pull in even the most thrash-averse stoner rock fans, as with “Optimism”, which you can find below. There's really no bloat or flab to the album, which really works to the music's style and strengths, giving it a freshness that lends itself well to repeated listenings. It's already out on CD and cassette, but if you have a preference for vinyl, you'll be happy to know that Retro Vox will be issuing Rock And Raw on wax sometime next month. Keep your ears open, and don't miss it when it arrives!
~ Gabriel