Startruckers are Space Bound and Down 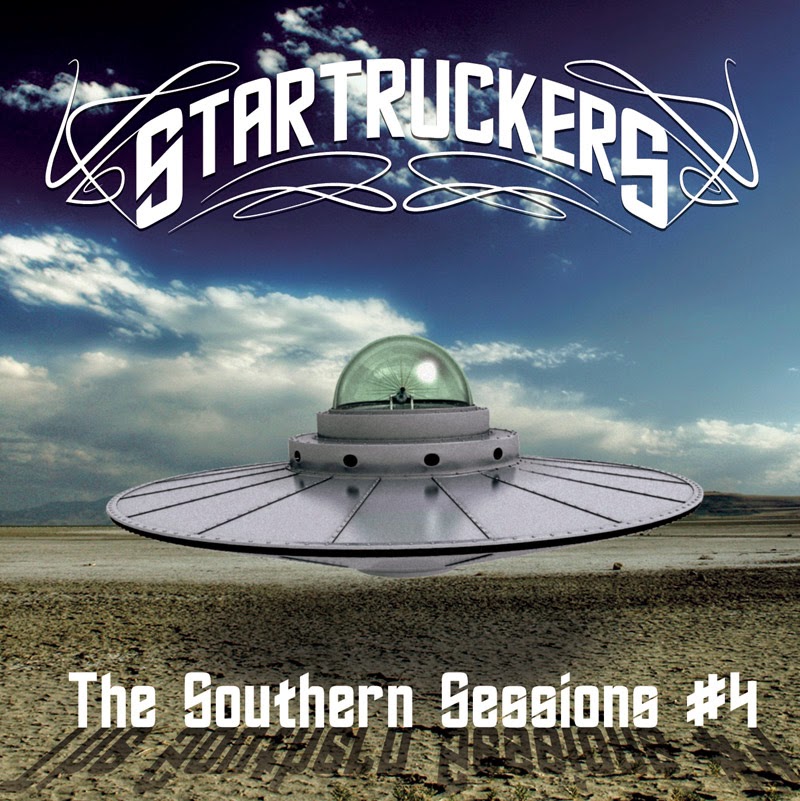 Startruckers are a five piece Stoner Rock band from France, San Rafael to be specific. With three EPs under their belts already, they've found their way back to us with "Southern Sessions #4" and it's more of the tasty riffs, and heavy, heavy grooves. The nice and thick bass sounds fit perfectly with the with the hard hits delivered by the drummer. With two guitars laying down over-driven Stoner Rock riffs, and fuzz galore, the only thing that's left to top off the mix is a soaring, grungy vocal performance.
With the EP only being three tracks, and clocking in at around seventeen minutes, you're definitely left wanting to hear more when it inevitably ends. The track I gravitated towards most was "Deserter", with a long and mellow bass intro, the other instruments slowly trickling in until it forms a crescendo of Stoner Rock groove devastation, with that fat bass tone leading the way. The two guitar attack is thick and fuzzy on this one, with those very 90's Grunge Rock vocals on top of everything, with all their dynamics and raw power, it's the icing on the already delicious cake.
This is another awesome freebie over on bandcamp, so be sure to go check it out, if you're into the Stoner Rock scene, you won't be disappointed.
~Skip


For Fans Of; Kyuss, Astroqueen, SoundGarden