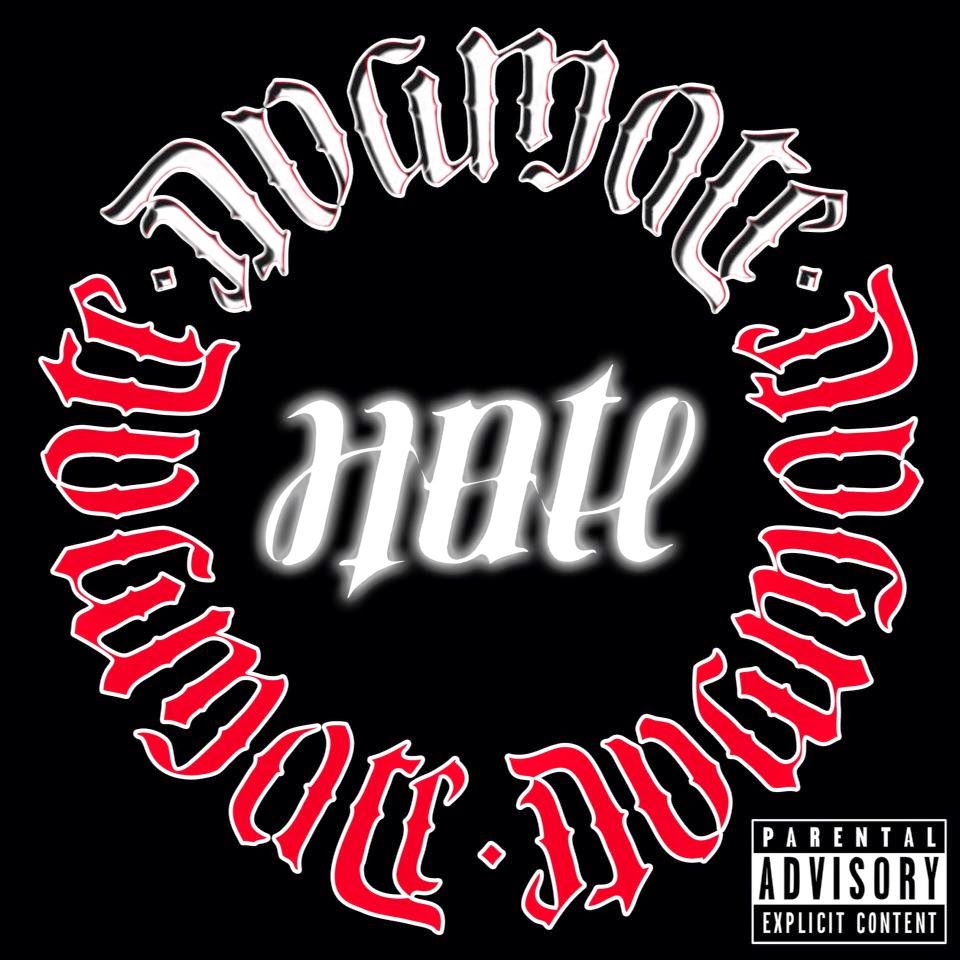 Over the course of Hate, Dogmate effectively evoke a swampier, doomier version of grunge's heyday. Gnarly riffs, crunchy break-downs, and rebel yells fill the album, with hints of death and thrash bubbling beneath the hard stoner rock surface, and the band keeps a wild-eyed intensity up through each of the songs. Though most of the songs blend into each other, some snappy guitar and drum flourishes help keep it jumping along. There are a few times when it veers dangerously close to the sound of nu-metal, but most of the times it seems as though they're about to fall into that trap, they swerve off into something else. Those with sensitive consitutions may wish to exercise caution in consumption (particularly with the rock ballad closing track), but if you're looking for some unabashed hard grooves, Dogmate does a respectable job of providing what you want.
~ Gabriel

For Fans Of; Queens Of The Stone Age, Reflux, Woods Of Ypres, Kylesa, Helltrain