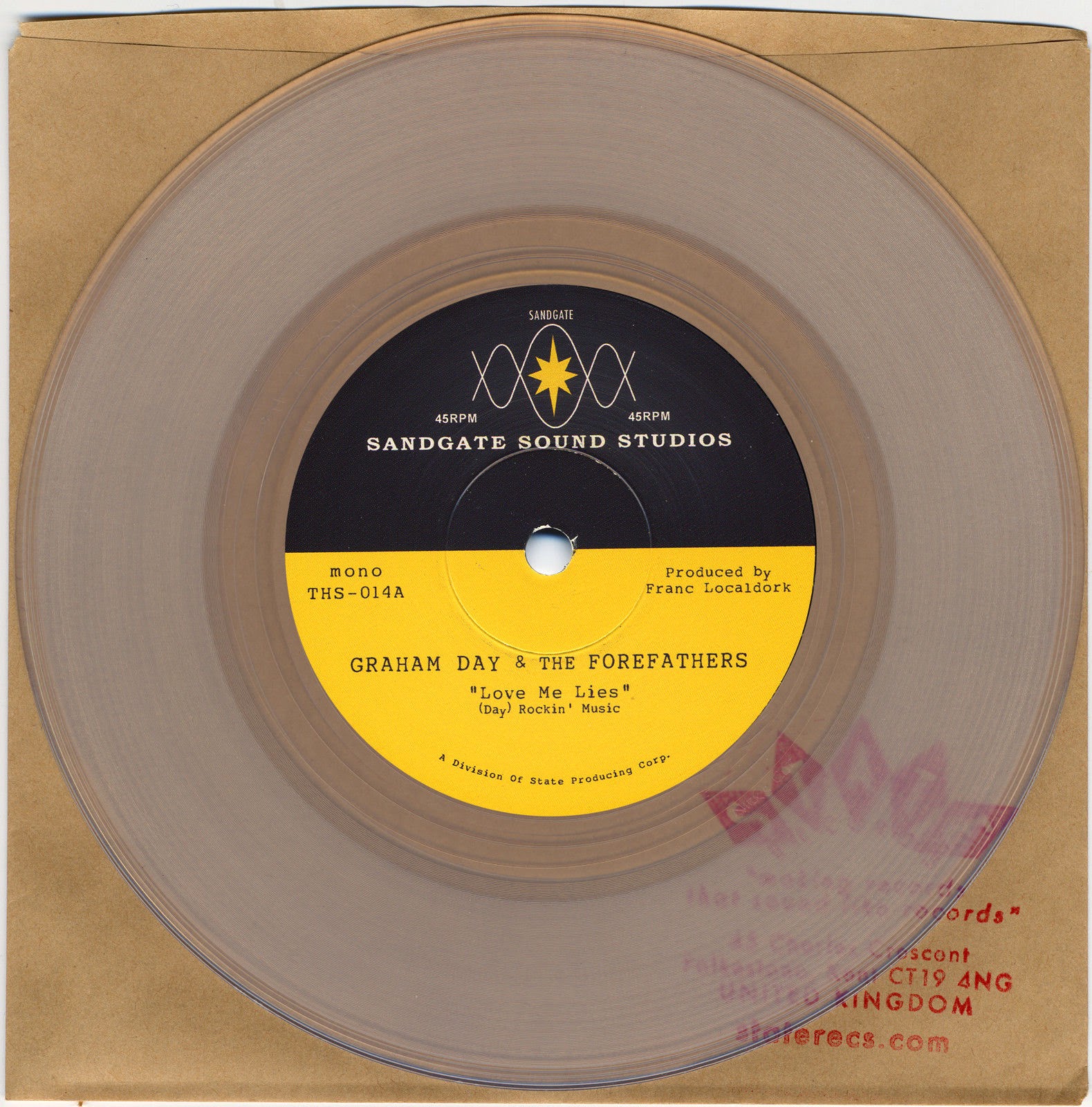 Graham Day, Allan Crockford and Wolf Howard, the three guys to bring you the bands The Prime Movers, and The Solarflares are back with their latest incarnation, Graham Day and the Forefathers. While they don't plan on writing any new material, they are going back through Graham Day's catalog and playing their "best of", considering these guys have been laying down jams longer than I've been alive, I'd say they have a pretty wide selection to choose from. This single is basically a two track teaser for a sort of "live" album they plan on releasing. The A side is "Love Me Lies", a cover of The Prisoners. With a raw and catchy Garage Rock riff, rolling drums, and a running bass line, the track really swings. One of the best things about Garage Rock is the rawness of it all, the unpolished surface. The vocals follow that same pattern, with a raw, untouched tone saturating the whole performance, and it's done perfectly. The flip side is the song "30-60-90" is an instrumental piece, with lots of fuzz and a fast pace, it only clocks in at just over two minutes, but they are an intense two minutes. With an electric organ opening up, and then it and the guitar going back forth over the whole track, it has a very retro feel, especially with the guitar belting out a sort of heavy Surf Rock riff. If you're hoping to get a copy of this vinyl single, then you've already missed the first pressing which sold out during pre-order, but there is another pre-order up for a second pressing that is planned to be released June 9th going on over here.
~Skip