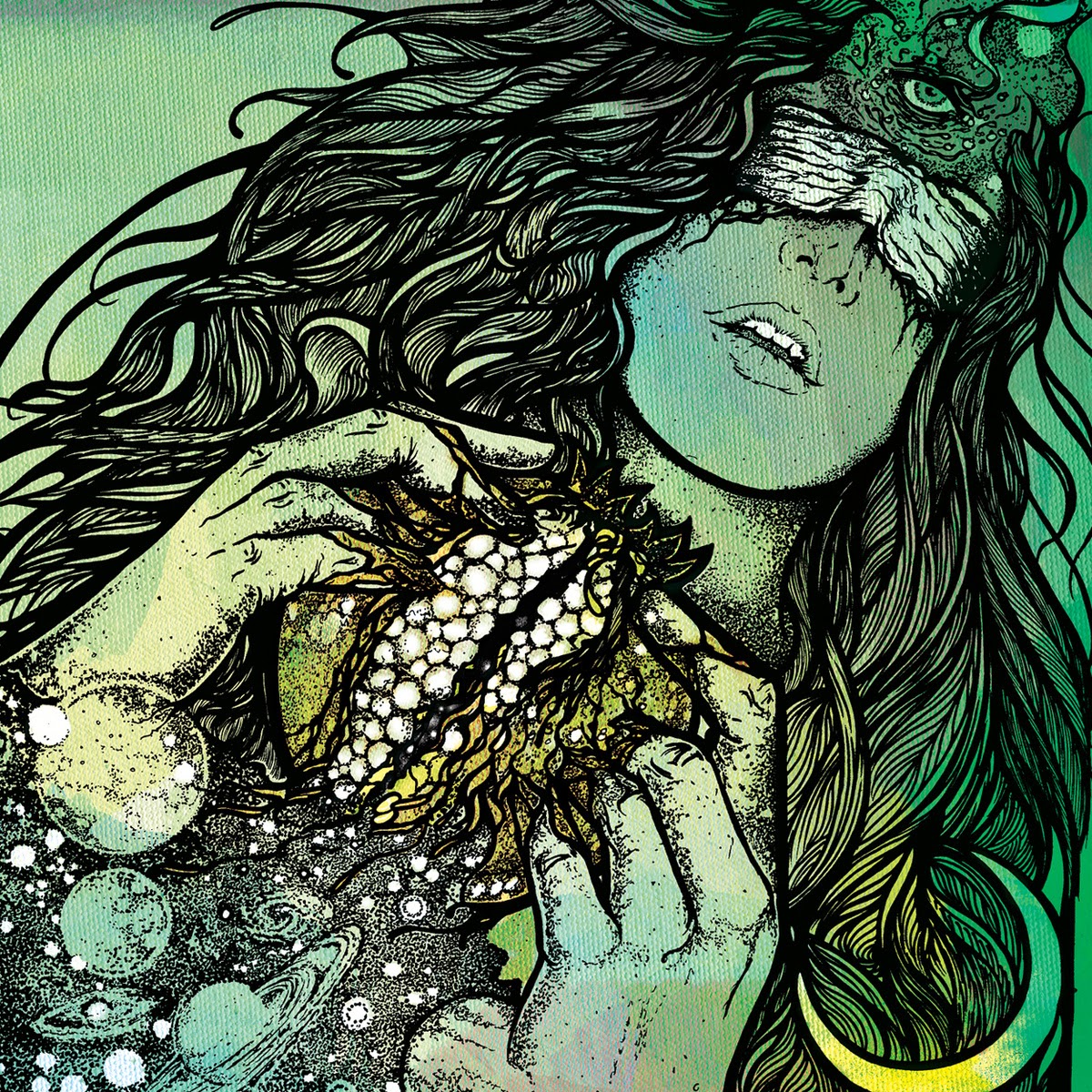 Dwellers' second album starts things off with a slow and mellow cruiser of a song, and “Creature Comfort” does a good job of establishing the band's sound for those who haven't had a chance to hear them before now.   With slithering guitar-work and on-point percussion, the melody starts out subdued, but builds up bulk and a little menace as it grow heavier and trippier.  By the end of the track, the fuzz and drums have roared into an ear-rattling crescendo before diminishing into the distance to make room for the next song.
And so the album goes, keeping things from getting frenzied, but keeping enough raw energy under their belts to keep things shaking loose.  Between the lurking bass, acid-edged guitar solos, and the percussion, which adds in enough flourishes to spice things up without going overboard, the songs twist and turn through some gnarly bends, heating up and cooling down in smooth transitions.   The '70s-influenced vocals provide a tasty frosting to an already toothsome stoner rock delight, so if you've got a sweet tooth for that sort of music, chow down on some Pagan Fruit.
~ Gabriel