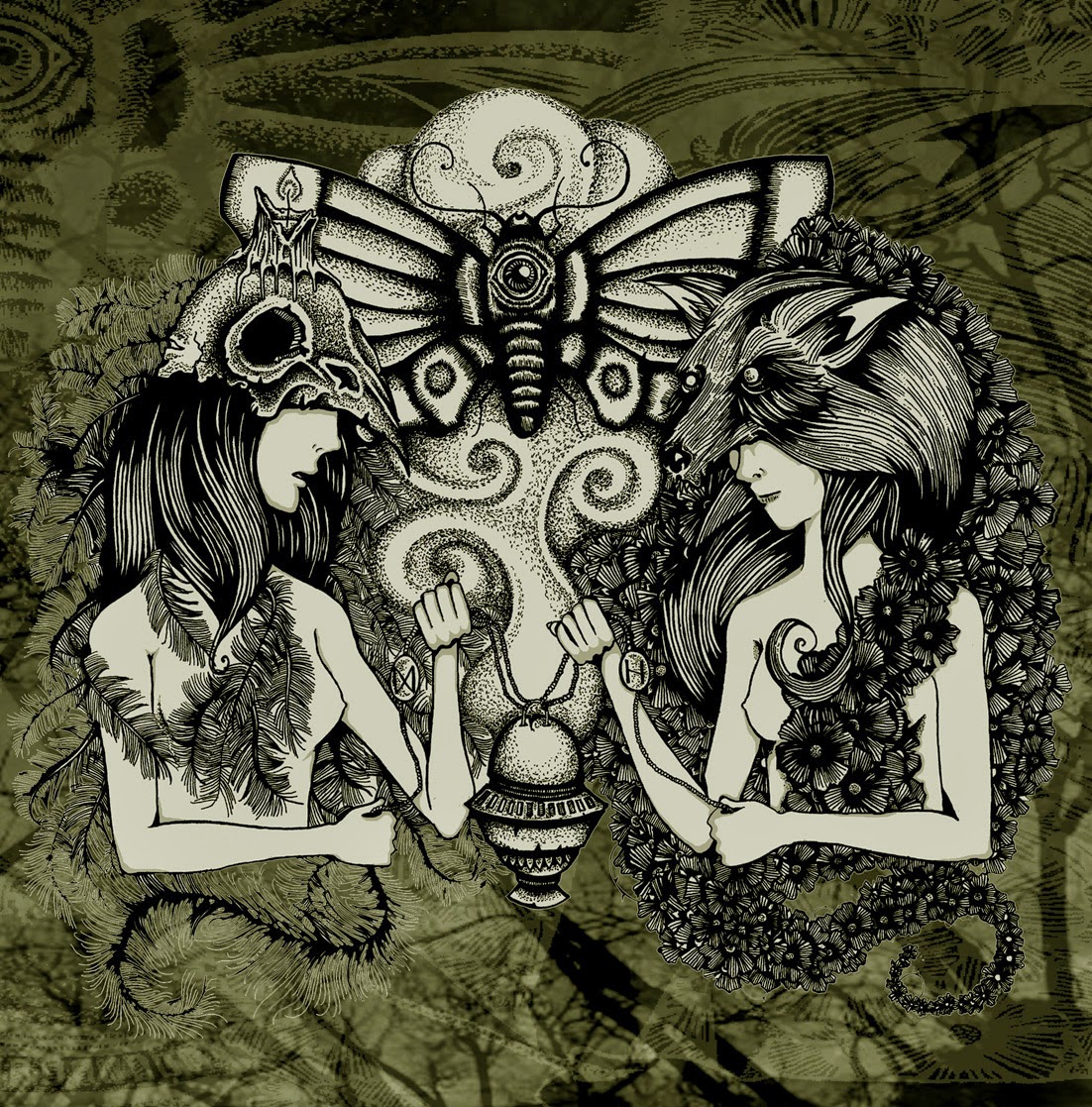 This split, issued by Divine Mother Recordings in vinyl variations of a translucent bottle-green, translucent green with black and white splatter (already sold out!), and standard black, brings together Pennsylvania's crusty metal-punks Repellers with Georgia's more overtly-doomy Dead Hand.  The Repellers sport some sick bass licks, raw vocals, inspired drumming, and buzzed-out guitar over the course of their two songs, “Blood, Bone & Soul” and “The Riddle Of Steel”, putting in a strong showing for themselves over 7 minutes or so of gnarly, nasty venom, as they rail out and drive themselves forward
Dead Hand's side consists of a single track, “Apex Parasite”, and flipping over to it is something along the lines of stepping out of a basement thrash party and into a hard-blasting storm with some dangerous hail swirling about.  The vocals and strings roar, the drums ring out like thunder, and there's even a relatively calm eye of the storm, filled with sharp tones of feedback, before being caught back up in the body-tumbling force of the song's conclusion.
It's a release that does right by everyone involved, and each band brings a strong, inventive approach to their music, which will grab you and shake you by the throat if you let it.  There are plans for a second pressing, with some design elements adjusted, so if you want a copy of the original, now's the time to act.
~ Gabriel