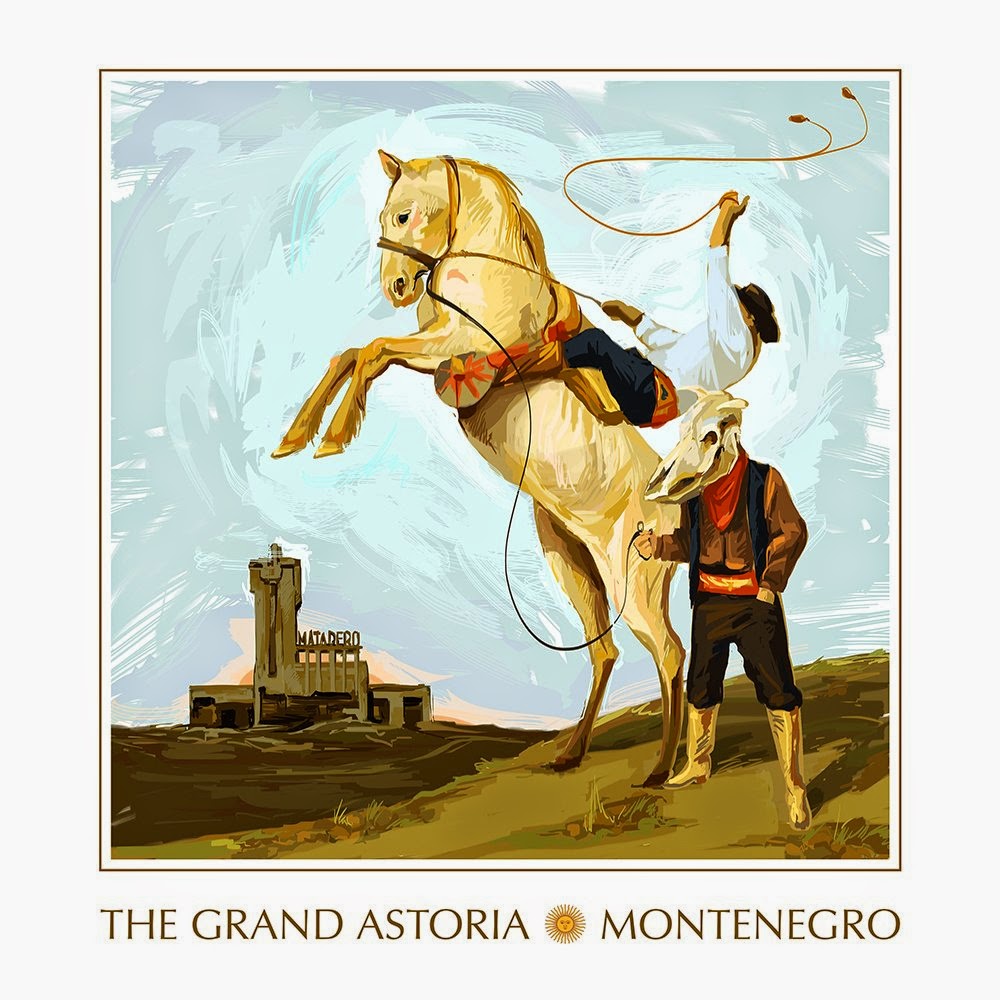 This split brings together the bands The Grand Astoria (who hail from St. Petersburg, Russia) and the Argentinian outfit of Montenegro. And what a split! Between the two tracks, there's more than 45 minutes of material to be heard (though it can also be watched, via Montenegro's music video, which you'll find below).
The Grand Astoria start things off slowly in “The Body Limits”, with acoustic guitar being picked carefully as woodland animals make their presence known in an ambient environment that's gradually overwhelmed by the force of the band. The group makes use of an interesting electric guitar method, with the right and left channels each sporting a separate guitar input, making for some stimulating layering of the strings. In addition to that, there's bass, drums, samples, vocals, and electronics, all coming together in fine form. Though the music makes plenty of detours into experimentation, the threads of cool psychedelic rock power hold it together as it shifts from one wiggy groove to the next, never letting itself settle down for too long.
As hard as it would be to follow that up, Montenegro put forth a strong showing in their track, “El Matadero”, which translates to 'the slaughterhouse'. They go for a heavier, more doom/blues-styled approach, though the psychedelic influence remains a significant part of the music. After setting the mood with some leisurely bass grooving, they add the vocals, which create a very nice harmonization with the string tones and each other. Most of the track is instrumental, though, with slippery rhythms and precise drum snapping filling the song with a colorful sense of fun.
Both bands bring a lot to the table, and manage to pull off that most rewarding part of a split, working well with each other's style while organically showing off their own take on things. While the length of The Grand Astoria's song precludes this release from popping up on vinyl, it's still worth grabbing a copy for yourself, sitting down with it, and letting the music have its way with your ears for the better part of an hour. Not to be consumed while operating heavy machinery.
~ Gabriel