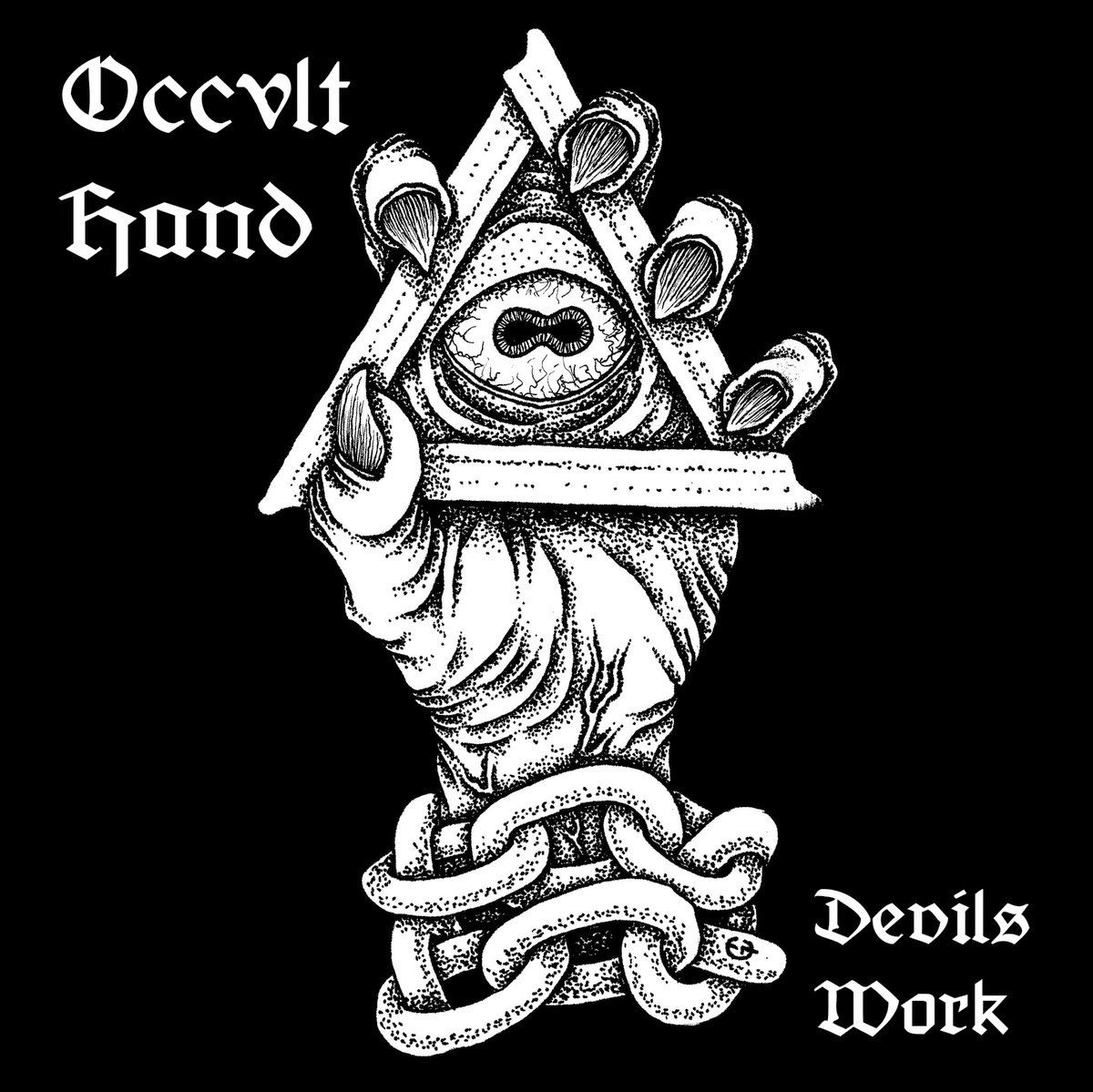 These four Canadians had me pretty much sold on their release the moment it opened up, sampling Rob Zombie's "Devil's Rejects", and more over the scene they chose that includes Otis Driftwood and his famous line, a favorite of mine. It does perfectly set the tone for the remainder of the songs, with visceral energy and brutalizing Metal starting up as soon as the clip is finished. Mostly of the Sludge variety, but it's clear that they pull influences from Black Metal and Doom Metal all the way down to Hardcore. As much as I enjoyed all four tracks on "Devil's Work", the second song "Midnight Creatures" really caught my attention, opening with a soft riff amidst a storm of feedback that hastily gets louder until the unadulterated groove drops in hard, and you've witnessed the beginnings of a Sludge Metal track that savagely attacks the listener's brain like a hot dose, between the snarled, guttural vocal performance, getting beat down by the drum rhythms, and hammering guitar and bass riffs, it's not hard to see how it could leave even a strong minded person drooling and slightly catatonic. With around a minute left the song takes a sudden left turn, and it's almost like a whole new song starts, with a pummeling groove, like the stride of some gargantuan beast as he walks across the landscape. This is an outstanding effort for a first release from a relatively young group, who I think have plenty of cool stuff up their collective sleeves. They're practically giving this away on their bandcamp with a "name your price" deal, so go give them a listen and decide for yourself.
~Skip

For Fans Of; Crowbar, Bongzilla, In the Company of Serpents
Facebook • Bandcamp