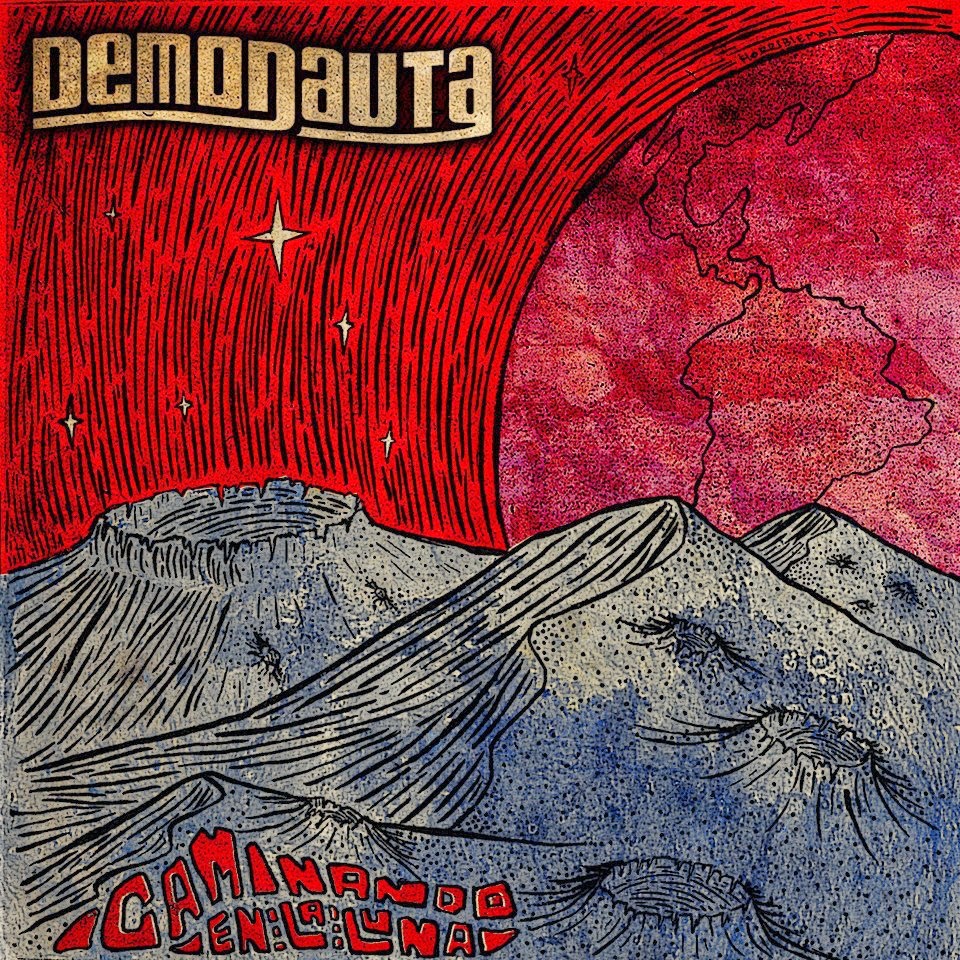 While we usually try to stick to reviewing recent releases, when Demonauta sent us this album for some attention, we were pretty quickly convinced it would be worth sharing with our audience.  For one thing, the Chilean trio cranks out just the sort of fuzzy and dirty desert grooves that we love here at RWTD; for another, the album just got issued on CD by Tuneless Records, with a vinyl release from Kozmik Artifactz slated for the near-future.  While the band's DIY original release might have slipped under your radar, it's worth pricking up your ears for these reissues, what with their panache for heavy, bluesy rock doom.
The band works well together, delivering the punchy drum & guitar riffs with power while the bassist lays down a steady foundation of tasty crunch.  A lot of the usual stoner rock sound is there, with some adept effects thrown on the bass to give it a buzz-saw edge, but the guitarist balances out the shreddier moments (which do rock hard) by kicking back every now and then into a more stripped-down and bluesy mode.  They've got a nice range of vocals, with smoother approaches shifted into rougher fare, and right back out again, without any of it coming across as forced or beyond the singers' abilities.
What the band has put together is a very solid album of heavy rock, tightly executed but with enough wild spirit to bring the energy out in earnest.  If you've got any fondness for heavy/stoner/desert/doom/whatever rock (that should be most everyone reading this site), give these guys your ears.
~ Gabriel