The Total End Of The World... 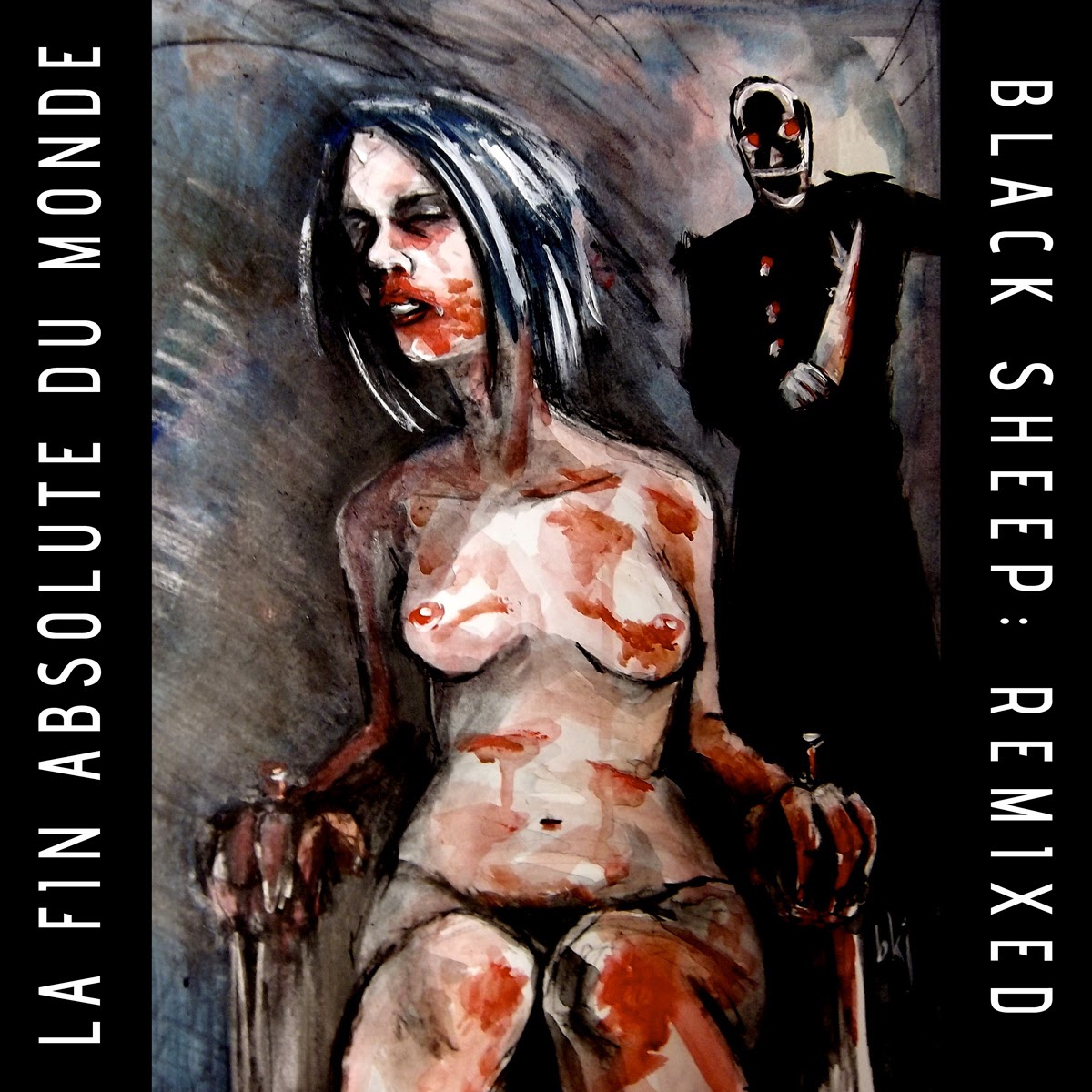 Black Sheep: Remixed is the lengthiest release yet from the duo of La Fin Absolute Du Monde, who are in the process of an exhaustive tour in support of its release.  Making use of dark tonalities, guitar which just as capably handles grimy or clean output, and sweet notes coaxed from piano/keyboard to create a characteristically complex and understatedly neurotic melding of each performer's personality, the duo's first full-length lets you hear the sweat and pains they've endured and invested in the creation of their music.
The first half of the album features remixes done by outside allies, most notably Justin K. Broadrick (of Godflesh and Jesu, and a dozen other groups) and the band's recently-acquired production team of Social Security, while the second half features songs from the band's back catalog, updated and released on vinyl for the first time.  Both sides maintain the neo-noir flavoring for which the group named their personal label, making use of sultry rhythms and slinky synth-lines to establish a haunted sound which shies away from easy satisfaction.  The vocals, provided by the keyboardist, insinuate themselves around the feedback and percussion, shading them in with a sense of someone waiting and meditating within the growing shadows just before trouble breaks out.
Having been lucky enough to catch one of their live performances in an intimate venue, I feel obliged to call upon our readers to recognize the efforts of La Fin Absolute Du Monde.  It may fall a little outside our usual circle of coverage, but the low tones and heavy vibes you usually expect to hear in our recommendations can just as easily be drawn from the grooves of this new record.  Some genuine passion went into the crafting of this music, and while they're not in it for the money, having some makes it a lot easier to continue making music.  So head over to their BandCamp, pick yourself up a digital or vinyl copy (the latter version is limited to 250 copies), maybe one of their fine T-shirts (suitable for scaring the squares), and then dig into the depths of La Fin Absolute Du Monde's distinctive sound.  And if they come through your region, be sure to catch their show for a one-of-a-kind experience.
~ Gabriel