Come Explore the Dark Side 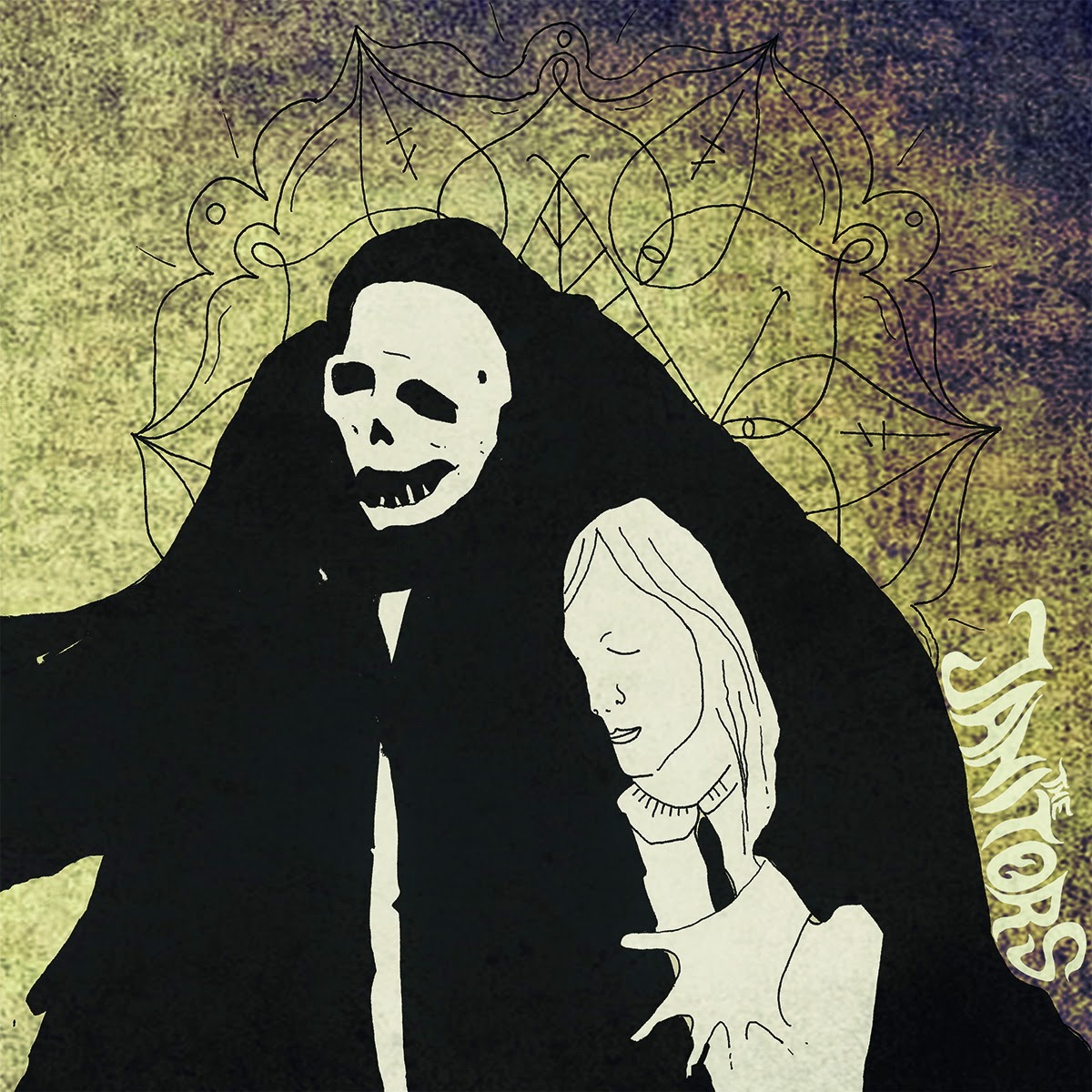 The fine people over at Bad Afro Records have always put out killer bands and albums, with the legendary Baby Woodrose being the immediate ones to come to mind. And they've managed to do it yet again with The Janitors, a Swedish five piece that lay down distorted Psychedelic Rock grooves that never seem to skimp on fuzz. Following up on their release of "Drone Head" last year, they're back with a four track EP titled "Evil Doings Of An Evil Kind". You immediately get the sense that this isn't the happy go lucky, flowers in your hair sort of psychedelia that you're dealing with when the EP starts up. From the slightly macabre artwork to the dark over tones present on pretty much every track in some form or another, you're delving in to a world of darker, more complex Psychedelic Rock that doesn't get played on nearly enough. Even with the darker, doomier tone, they don't lose any of that psychedelic funk or groove that the genre is most well known for, and the melding of those two elements create an entire vibe and atmosphere within their music that I've never quite heard before. My favorite track on the release was "Black Wheel", clocking in at just over four minutes, it's the shortest track on the release. Opening up with a slow droning, it doesn't take too long before the guitars kick in with the bass and drums, and start laying down a mid tempo groove to keep things moving, a short time after that the spacey, reverb drenched vocals drop in and bring the mix full circle. This is a fairly mellow song compared to a couple of the others that are featured, but still retains that darker aspect of their music. You can check the release out for yourself over on the group's bandcamp and pick up a digital copy, or head over to the Bad Afro bandcamp and get in on the EP's 12" vinyl that came out just a week ago, but there are still some left.
~Skip

For Fans Of; Baby Woodrose, The Glorious Rebellion, Inside the Sun