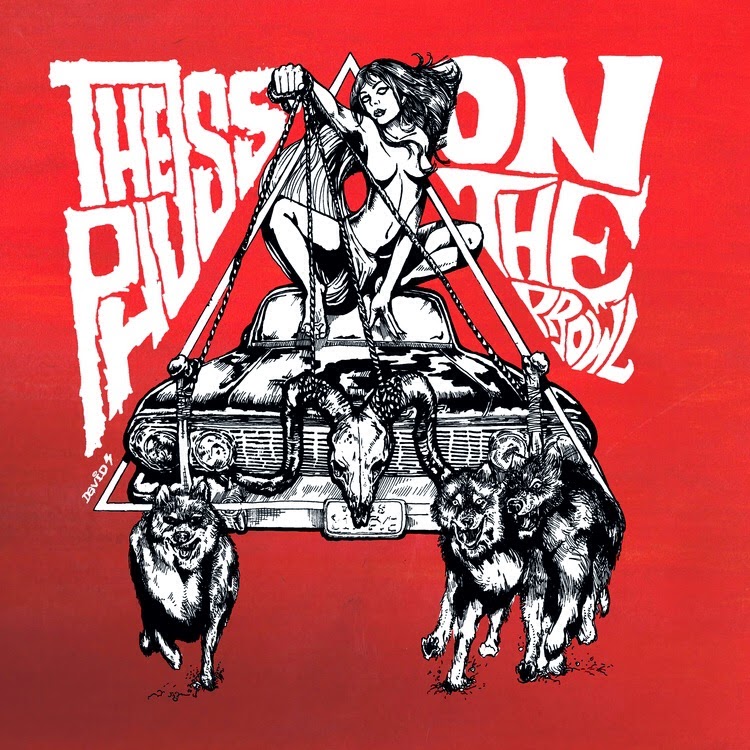 The Phuss is a power trio from Texas that kick out raucous, feel good Garage Rock jams that are sure to keep you moving while they're on. Their latest release "On the Prowl" was released on Magnetic Eye Records earlier this month, and it is easily one of the best party albums I've heard all year, you know, if your party consists of a couple kegs, lots of smoke, and possibly a fight and/or structure fire. Which, by my standards, would be a damn good party. The catchy hooks makes sure each track gets stuck in your head, and the aggressive riffs and pounding drums make sure they stay there. There's really nothing fancy, no decoration or posturing, what you see is what you get with this album, and what you get is a flawless and melodic conglomeration of Garage, Stoner, and Punk Rock. It wasn't all that easy picking a favorite from the album's eight tracks, while the single "I Don't Feel Good" was my favorite initially, after a few more complete listens I started l leaning towards "Hammer and Nail". With it's rowdy atmosphere and supreme catchiness, it's a track that's hard to ignore. Aligning its self more towards the Garage and Stoner side of things than the other tracks, it cranks up with a torrent of sound that could easily be from Detroit circa. 1975, adding in some Punk influenced shouted vocals that kick in after just a few moments, and doesn't take long for the catchy vocals and grooving rhythms to infect you like a disease. After the halfway point, an extended little jam sequence, and some pretty gnarly vocal parts the tracks comes full circle, and gives you a double dose of infectious groove. You can get all of your fixes over on the Magnetic Eye Bancamp, with options for digital, CD, and vinyl.
~Skip

For Fans Of; Fu Manchu, MC5, Iggy Pop and the Stooges