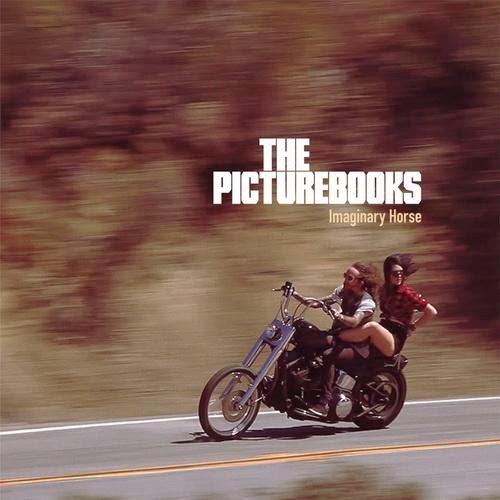 This dynamic duo of Germans that signed to the always cool Riding Easy Records just last year are ready unleash their latest album, "Imaginary Horses", on the world and it is some of the finest straight up Blues Rock I've came across in quite some time. From the very opening minute long track of the album you get the feeling it's something unique in its own right. Maybe it's just the acoustics in that old garage/studio that they rebuild and customize motorcycles in, it could always be some of the improvised instruments they use, whatever it is, I'm a fan. The second track is what could be considered the single I suppose, "Your Kisses Burn Like Fire", opening with a slow and bellowing drum part, it doesn't take long for the powerful and weathered vocal performance to start, along with the drums picking up steam, and before long you have a howling riff dropping in to really gets things rolling. While the singing starts off pretty low and mellow, after a while they really get put out there, with the chorus being bellowed at the top of his lungs in between bits of harmonizing, but always keeping the balance between mellow and shouted vocals in the track. And with all of the tracks being fairly short, nothing being over five minutes, they're all as straightforward as possible, no artsy soundscape passages or long bouts of random noise, it's all head on Blues Rock from start to finish. Then with other tracks like "The Rabbit and The Wolf", and "These Bridges I Must Burn", you're not in short supply of Blues Rock jams that really swing, but with all of your traditional Blues trappings. These two guys always seem handy with a catchy riff and drum beat, with a hook, vocal performance, and creative harmonizing to match, it will be a challenge for each song not to get stuck in your head for days on end. Since today is the street date for the album, you should be able to get all of your physical format needs met over at the Riding Easy Records Store, and if all you need is a digital tracks, you can pick up all thirteen tracks for just eight bucks from the iTunes store.
~Skip