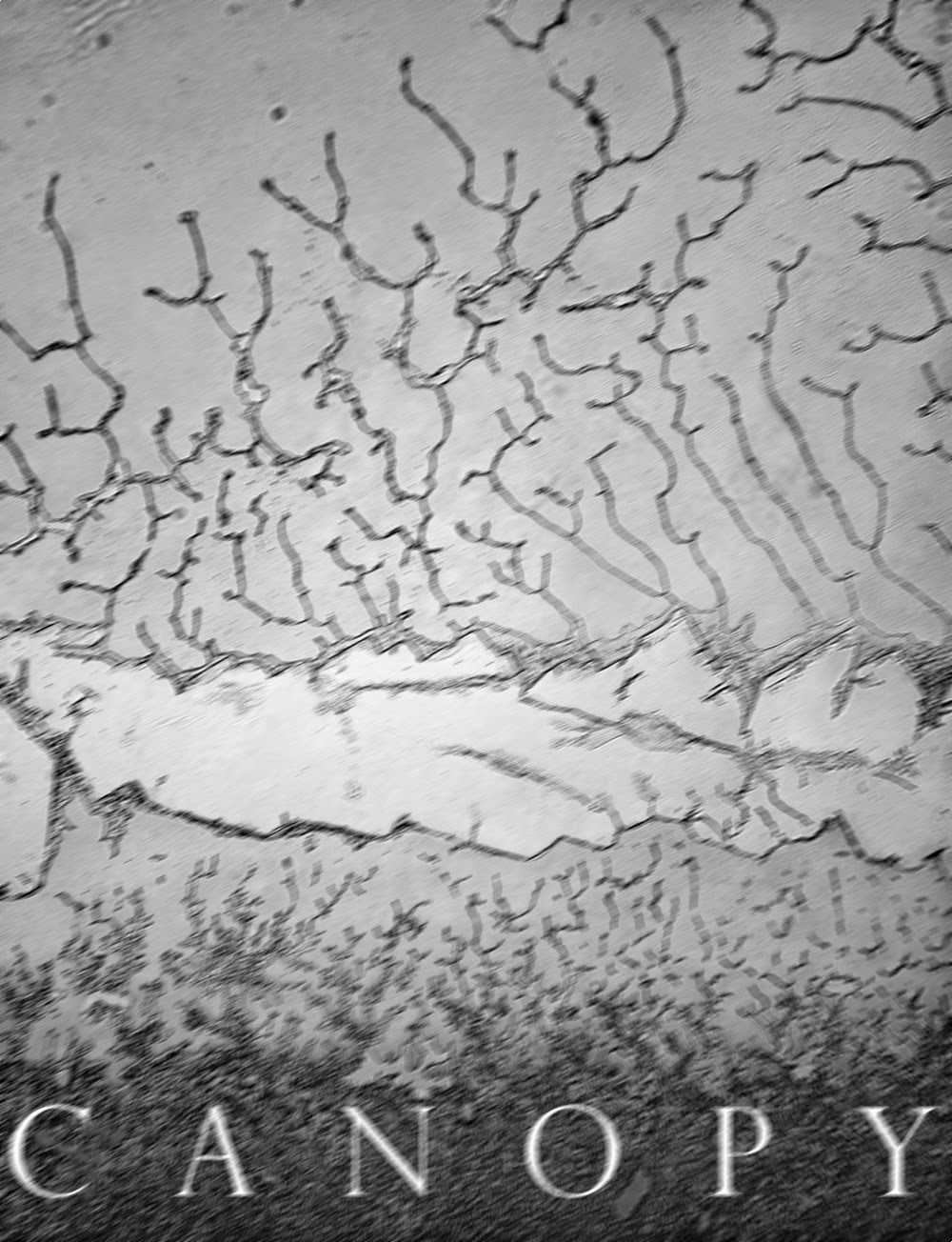 On their first EP, the band called Canopy storms through four tracks of instrumental metal.  For some of it, they're aggressively fast and sludgy, while other moments find them slowing down to funeral doom tempos and atmospherics. In between, the band fluidly mixes a number of other styles, turning in a very respectable job of experimentation grounded in heaviness.
In addition to shifting musical styles, the band gets a good amount of mileage out of adjusting the tone of the stringed instruments, and from making use of some interesting production work to really give things an expansive sound.  The drums rumble clearly, the guitar sounds like it would have the power to knock crowds back from the amps at a live show, and to tell it simply, things just sound big.  All of the pieces come together for a very strong debut release, so keep your ears out for more as this crew gets things rolling.
~ Gabriel